Warsaw has long talked of curbing what it sees as the overmighty role of foreign media. But as PiS's polls fall, the coalition it leads fragments. With its best friend in Washington departing, it may have to think again. 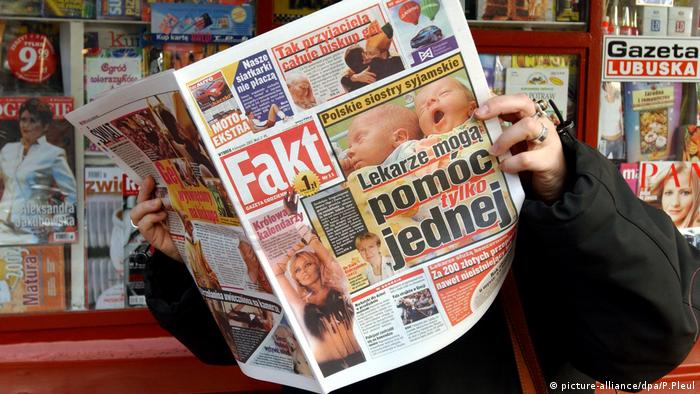 "In the [communist-era] 1980s state television was in some ways less mendacious than it is now," Polish journalist Konstanty Gebert said. "They knew that we knew that they were lying to us, and in some ways that was simpler," he told DW. Watching public media coverage of the recent protests across Poland against the government's restrictive abortion plans, one is tempted to agree. The state-owned broadcaster's — Telewizja Polska's (TVP's) — coverage would have made even the communist-era press spokesperson, Jerzy Urban, blush.

In July 2017, Law and Justice (PiS) leader Jaroslaw Kaczynski announced that after changes to the judiciary in Poland, his next goal would be to deconcentrate media ownership. President Andrzej Duda's reelection this July emboldened Kaczynski to unveil the government's new media censorship strategy in his first interview after the election.

The trigger was German-owned Polish tabloid Fakt's coverage in the summer of the pardoning by Duda of a person sentenced for pedophilia. PiS attacked Fakt and its owners Ringier Holding and Axel Springer. "Do the Germans want to elect Poland’s president?" Duda asked.

Inspired by the changes introduced by Viktor Orban in Hungary, PiS passed a media law giving the government direct control over public broadcasting in 2015. It replaced journalists working in public radio and TV stations and tried to strangle several independent print media outlets, such as Gazeta Wyborcza, Polityka and Newsweek Polska by restricting public advertising.

"But no draft amendments have ever been shown," Aleksandra Redzisz, of think tank Political Insight in Warsaw told DW.

Press ownership laws in Poland are relatively permissive toward foreign investors. Foreign investment in print media is not restricted, and foreign companies are estimated to be involved in 40% of the country’s publications, and own about 75% of distributed circulation. In broadcasting, a restriction exists on the permissible extent of foreign ownership in a company.

Influential outlets owned by foreign groups include Fakt and liberal weekly Newsweek, which are published by Swiss-German Ringier Axel Springer Polska, and private broadcaster TVN, which is owned by TVN Group, a subsidiary of American multinational mass media company Discovery.

"TVN, Axel Springier [Fakty], Agora [Gazeta Wyborcza] and Polska Prasse, in that order are in the PiS firing line," Marek Ostrowski, a journalist at weekly Polityka, told DW. "I would imagine Polska Prasse would be the most inclined to sell up and leave, just because it’s profits are weak," he said.

The traditionally best-selling national newspaper Gazeta Wyborcza is owned by Agora, which in is turn is partly owned by the US-based Cox Enterprises. Ruling politicians have long sought to intimidate Agora, filing 55 lawsuits since 2015.

The Norwegian company Orkla had an interest in Presspublica, publisher of the fourth top-selling daily Rzeczpospolita, before selling to Mecom, who subsequently sold on to Polish businessman Grzegorz Hajdarowicz. Passauer Neue Presse (PNP) founded Polskapresse and owns 20 regional newspapers.

The magazine sector is dominated by foreign companies. German companies Wydawnictwo H.Bauer (a subsidiary of Bauer), Gruner & Jahr (Bertelsmann) and Axel Springier, and also Edipresse (Swiss) and Hachette Fillipacchi (French) dominate. Agora is also a major player in the sector with 14 titles.

The television market has three main players: the dominant public service broadcaster is TVP and the two commercial stations Polsat and the conglomerate Grupa ITI, which operates TVN. TVP has a dominant position on the TV market with an average audience share of around 51%. Polsat and TVN have, respectively, shares of 17.1% and 15.8%. Luxemburg-based SBS is a minority shareholder (33%) in TVN with the Warsaw-based ITI Group owning 67%. Polsat is owned by Zygmunt Solorz, a rare case of an Eastern European media mogul.

PiS has used two terms in relation to the private media — foreign or domestically-owned. The first, "repolonization," refers to imposing a limit on the level of foreign capital in Polish media companies. Under "repolonization," foreign investors would be limited to a stake of between 15% and 30% in domestic media. "Deconcentration" refers to limiting the number of outlets that a single media group can own, effectively breaking up larger groups.

"PiS says it wants to stop Germans feeding us German content in Polish media," Gebert says. "But it’s not clear what German content is and while PiS very much wants to go ahead with this, it can’t really afford it," he says.

Kaczynski is also losing the image of being a political genius, Gebert says, and that is driving his attacks. Within the ruling coalition there is also a struggle between supporters of radical changes (Solidarna Polska) and softer solutions. The main point of the dispute is whether the new regulations would have a retroactive effect or would only apply to new transactions. The latter option would not allow changing the ownership structure of TVN, Onet or Fakt, which PiS wants.

The main reason for the lack of decision is the risk of conflict with the US. Washington has supported Warsaw's option to the Nord Stream 2 gas pipeline and is moving troops from Germany to Poland's eastern border.

Redzisz believes for this reason, it is increasingly more likely to introduce, instead of one big change, various smaller solutions that would not be as risky to Poland's image abroad, but would allow for a change in the media market in Poland.

"The coalition is wobbling a little now. So I doubt that this deconcentration concept will come back in the near future," Redzisz says. "My private opinion is that PiS will be afraid to proceed with these plans and will go in the direction of what we can call crawling deconcentration,' i.e. they will introduce some small changes (e.g. taxes) that will affect the investors and eventually one day these changes will be so burdensome that some of investors leave."

Starting in July, an audio-visual tax of 1.5% has been in force, which includes Netflix, HBO GO and player.pl. Solidarna Polska reportedly wanted the tax on advertising to be introduced if deconcentration fails.

"We take these threats seriously," Roman Imielski, the deputy editor-in-chief of Gazeta Wyborcza, told DW. "PiS wants to silence independent media. This has been their goal for the last five years. Mr Kaczynski is dreaming about Budapest in Warsaw. They have only one problem: the US administration and ambassador to Warsaw, Georgette Mosbacher. That's why I think this is rather rhetoric than real aim," Imielski said. 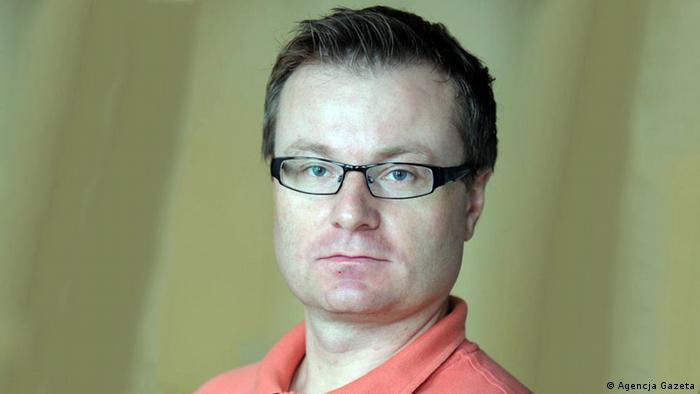 PiS officials have also discussed in the past the possibility of purchasing a chain of German-owned regional newspapers by a state-owned company such as Orlenor PZU.

"Orlen has the cash but probably not the desire to take over some of these assets," Gebert said. PKN Orlen is now finalizing the purchase of a large kiosk chain, Ruch, and there have been rumors that Ruch could later buy some newspapers.

"It's hard to predict what will happen," Redzisz said. "But certainly it won't be a business decision but a political one."

As Poland's media become increasingly politicized, publisher Agora and a Soros-backed fund have teamed up to buy the second-largest radio station. With elections looming, the anti-PiS coalition is preparing to fight.