Polish authorities arrested a German man who posted extremist views on social media and was found with TNT and ammunition. His arrest is part of a probe into an international organized terrorist group, prosecutors said. 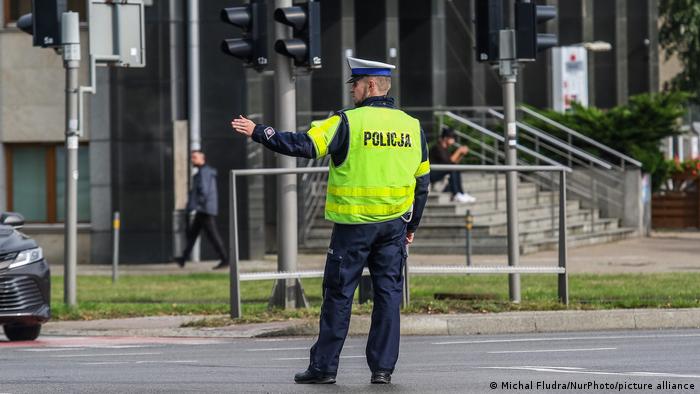 A German man suspected of belonging to a far-right terror group was arrested in Poland with explosives and ammunition in his possession, Poland's PAP news agency reported on Thursday.

Stanislaw Zaryn, a spokesman for the agency, said the man is accused of belonging to "an organized criminal group of a terrorist nature."

Found with ammo and explosives

A search of Jürgen K's place of work found two cubes of TNT weighing 1.2 kilograms (2.6 pounds) as well as ammunition, firearms, a teargas canister and a grenade, according to prosecutors.

Authorities charged him with possession of arms and explosives without a permit and he was placed in preventive detention for three months. The suspect faces up to eight years in prison.

His arrest is part of an ongoing investigation by the National Prosecutor's Office into the "activities of an organized terrorist group" operating in Poland and other countries, Zaryn told PAP.

Prosecutors said that the case was still developing and that further detentions in the case were possible.

Gay rights are increasingly under threat in Poland, endorsed by the government. Far-right nationalists arranged a "stop aggression by LGBT" rally in Warsaw, prompting supporters of the LGBT+ community to confront them.

A march organized by far-right groups for Poland's Independence Day has drawn thousands onto the streets of Warsaw. The event has grown over the past years amid reservations about Western liberalism.