Poland education reform to slash thousands of teachers′ jobs | Europe | News and current affairs from around the continent | DW | 02.09.2017

Education reform under Poland’s national-conservative government is set to cause the closure of 7,000 schools and the dismissal of 9,000 teachers. The new curricula will mainly focus on domestic issues. 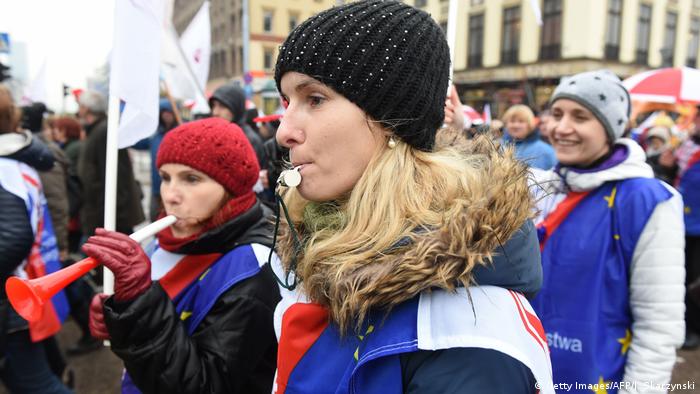 Parents' and teachers' unions collected almost 1 million signatures to force a referendum on the Polish government's proposed education reform. But the ruling Law and Justice party (PiS) that dominates parliament swiftly rejected the request. The move paves the way for the national-conservative education reform plan, hastily put together by Education Minister Anna Zalewska in only 10 months' time, to be implemented on the first day of school in September.

Back to a socialist secondary school model

The heart of the PiS reform is the abolition of the middle school system designed for 12- to 15-year-olds. Around 7,000 of these schools will be closed before the beginning of the new school year and students will be integrated into elementary schools.

The government first implemented the middle school model under then-Prime Minister Jerzy Buzek in 1999 to close the gap between Polish schools and the European Union, and provide equal opportunities for urban and rural students. Results of the Programme for International Student Assessment (PISA) study conducted by the OECD seem to support the policy.

"Poland has made enormous progress in the last 10 years," said Andreas Schleicher, head of the study.

Indeed, today Poland is regularly among the top 10 countries in the PISA ranking. 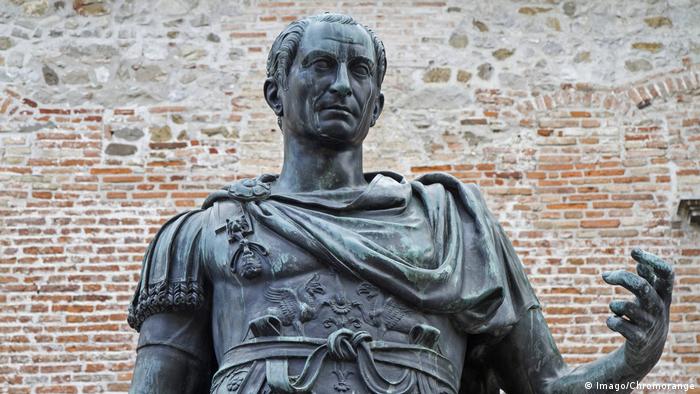 The middle school system, however, has been criticized for apparently having been created to isolate students in the difficult adolescent years of their lives. PiS argues that their integration with younger children in an elementary school would be better. The current Polish government is now returning to the model used by the communist Polish People's Republic. Then, the education system only had elementary and secondary schools. Parents and teachers have been arguing about the right system for years - and not just along party lines.

By abolishing middle schools and integrating them into elementary schools, the ministry of education immediately put thousands of principals out of work. Now, the ministry is free to appoint new principals for the newly expanded schools. It is a pleasant way of rewarding party members and sympathizers for their loyalty and thus, being able to rely on their obedience.

According to Poland's ZNP teachers' association, which is critical of the government, around 9,000 teachers will lose their jobs. But even before the PiS reform, the country was seeing a decline in the number of teachers, a reflection of the decreasing student population. Poland has one of the lowest birth rates in the EU. 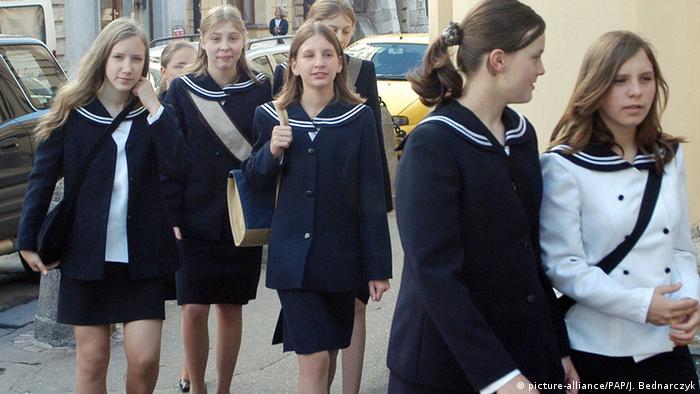 Poland is set to do away with its middle school system

In addition to making new staff decisions, PiS has decided to restructure the education system along ideological lines. It is no secret that the party wants to spread its conservative revolution to the younger generation. Now, for instance, first to third graders will be taught chess in a different way and they will be instructed to take responsibility for themselves and other classmates.

Education experts, parents' associations and the opposition criticize the fact that the subject matter in different lessons is not linked together. Until now, school textbooks in different lessons were related. Similar topics were taught in Polish and history lessons, for example.

History without the Holocaust

The new curricula will be applied to the first, fourth and seventh grades. Textbooks are not yet ready for the other years. As in the past, history lessons begin in grade four, but according to the Polish association of historians, aspects related to everyday life and civilization will be removed from the five authorized history textbooks. The lessons will focus on military history and the lineage of Polish heroes.

Grade four history lessons no longer begin with the Greeks and Romans, but instead, Mieszko I, the first Polish king in the 10th century. There are no references to world history; everything revolves around Poland. The Holocaust will not be mentioned in the context of World War II. In Poland's modern history lessons, EU accession plays a minor role in the coursework. The anti-communist partisans, who fought against the socialist regime until the 1950s, are much more important and, of course, Pope John Paul II. Lech Walesa has not been removed from the five history books; however, Anna Walentynowicz's role in the 1980 Gdansk strike is praised more than it has been in the past. The sexual education curriculum in biology class will no longer include instruction on contraceptive methods. 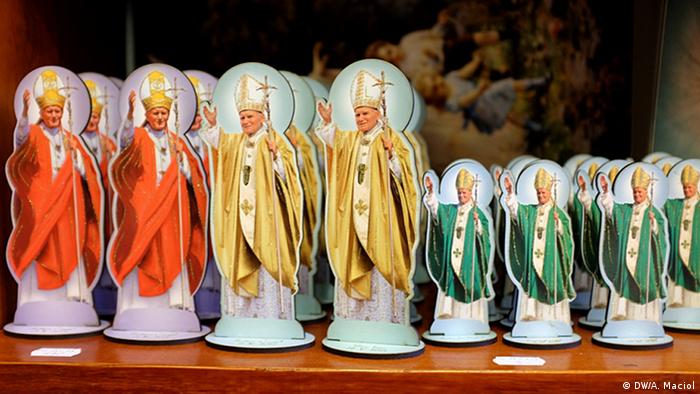 Unlike a number of other topics, the new education system will not skip Polish-born Pope John Paul II

Many teachers have said they would prefer to teach their own programs instead of using the new PiS school materials. But only a minority of teachers want to make the effort to do so. Education experts warn that the national-conservative education reform could also lead to a revival of traditional teaching styles that are now considered pedagogically outdated.

On the Monday night after the school year begins in Poland, teachers and parents plan to demonstrate against the PiS reform plan under the slogan "Schools belong to us!" The demonstration, to be held in front of the education ministry building, will have the support of the ZNP teachers' union, to which about three-quarters of teachers belong. The small education section of the pro-government Solidarnosc trade union has spoken out against the demonstration, however, calling it is "politically motivated."

Yet discontent over Education Minister Zalewska is growing even within Solidarnosc, which complains she has still not presented her proposals for the demanded wage increase for 2018. The union wants at least 15 percent more and if this wish is not met, then Solidarnosc will send its roughly 80,000 members to the teachers' union strike against the PiS government.