Is it offensive to speak of admiring women? While students at a Berlin college are up in arms over a 1950s love poem in huge lettering on a wall of the school, Germany's PEN president has spoken out in defense of art. 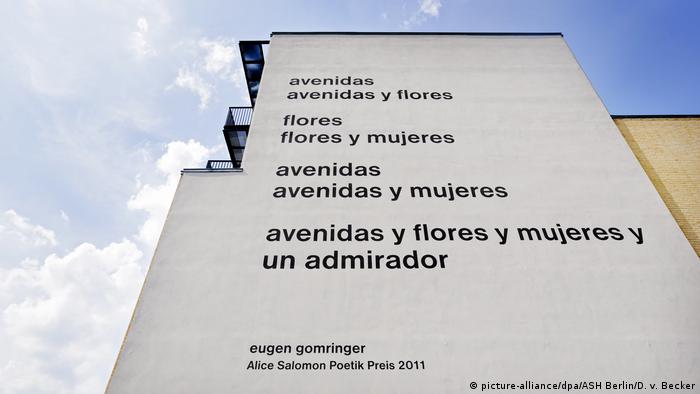 The Bolivian-Swiss poet Eugen Gomringer wrote it in 1951. Gomringer, now 92, is regarded as the founder of concrete poetry, and "avenidas" was one of his key works.

The Berlin college Alice Salomon Hochschule awarded him the Alice Salomon Poetry Prize in 2011, after which he offered them the poem "avenidas" in exchange for a small fee, reported Spiegel. It was painted in large lettering on the south facade of the college that same year.

"We're certain that the radiance of this work of art will go far beyond our college," said then rector Theda Borde. 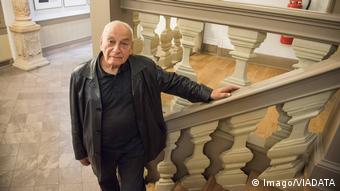 Gomringer penned the debated poem in 1951

Apparently not everyone was happy with this: In April 2016, the general student committee (AStA) wrote an open letter to the rectorate of the college, criticizing the prominent position of the poem.

"A man who looks out into the streets and admires flowers and women," wrote the students. "This poem not only reproduces a classic patriarchal art tradition in which women are exclusively the beautiful muses that inspire masculine artists to creative acts, it is also reminiscent of sexual harassment, which women are exposed to every day. "

The student committee asked the school's Academic Senate to paint over the text. After a recommendation from the Senate, the university decided to respond to the wishes of the students. "The university management would like to preserve the poem and put it into a different context," explained Rector Uwe Bettig on the homepage of the university.

Until mid-October, everyone at the college has the opportunity to submit proposals for altering the facade. One possibility would be to add another verse of the poem.

In an interview with the German daily Frankfurter Allgemeine Zeitung, however, Rettig admits that this call for transformation can be regarded as a discrimination against the artist. 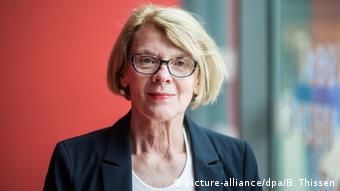 PEN President Venske is against removing the poem

In defense of artistic expression

The president of Germany's PEN Center, which is part of the worldwide association of writers, has also weighed in.  On the center's website, Regula Venske calls on the management and students of the university to work "vigorously" to preserve the poem: "We are deeply concerned about a development that aims to put a muzzle on art or even prohibit it."

Venske also advised students to consider iconoclasm in the past and the present.

Discourse was the point all along

Nora Gomringer, the daughter of the poet, who is an award-winning poet herself, posted her opinion on Facebook in an entertaining clip. She points out that the "admirer" mentioned in the poem is also viewed from the outside and doesn't fit into the enumerating format of the poem. The admirer "not dominate the woman in the poem. (...) He is not the macho that women parade in front of and who's judgement they have to fear." 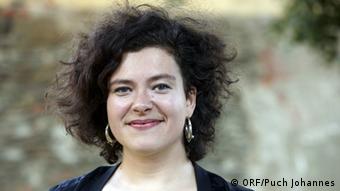 She ends with her wish that the poem remains a part of the city of Berlin and above all of the Alice Salomon Hochschule. It refers to the fact that "we are united in the world, we all need one another, and only the word "and" is necessary to connect us mentally."

Eugen Gomringer himself seems to be calmly following the discussion. The poet, who lives in Bamberg, told the Süddeutsche Zeitung, "It was always my goal to achieve such an effect with such few words."

Contemporary history, imagination and the question of good and evil are the main elements in Salman Rushdie's new book. It's a masterful reckoning with American culture in the transition from Obama to Trump. (06.09.2017)