From bulky spaceship-like devices to sleek black boxes, consoles have come a long way in recent decades. That has gone hand in hand with the targeting of new products not just to kids, but to adults too.

"Domestic objects only fulfill their purpose if they can quietly fit into the whole and thus serve us. Something inexplicable should emanate from things and give our living space peace and happiness," wrote Bauhaus student and industrial designer Wilhelm Wagenfeld in 1953.

While it would be another 20 years until the first bestselling gaming system hit the market, the Atari 2600, his theory still applies to gaming consoles, which have infiltrated the living rooms of millions.

New consoles by Sony and Playstation have been launched this year, and how they look is sure to attract plenty of attention.

"Console design is subject to the same design criteria as all other objects," says Frank Zierenberg, product designer and organizer of the internationally renowned design prize "iF Design Award." He knows that the Bauhaus design motto "form follows function" is particularly important when designing the systems: "Many misunderstand design as a beautiful form. But design must always be usable." 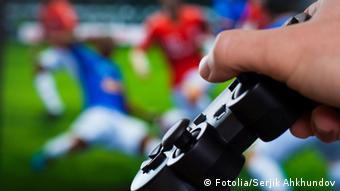 Consoles have moved to living rooms

"Every design triggers a feeling," says designer Monika Heimann, who researches how design affects consumers. According to Heimann, colors and shapes trigger associations in players, often unconsciously. Heimann explains this using the example of the Xbox Series X, released on November 10: an elegant, simple, black cube. According to Heimann, "The black color can seem dark and dangerous, but also noble. The cube seems a bit unapproachable, which gives it an element of mystery. This can be a good way to evoke associations."

"The design of early play equipment is pragmatic rather than original," explains Winnie Forster, author of Game Consoles and Home Computers 1972-2015. "Instead of setting design trends themselves, console manufacturers tend to follow the zeitgeist," she says.

Over the years, the target group has changed. In the 1990s the gaming industry focused primarily on children and young people, while today it targets adults.

"The early game consoles had an aesthetic design idiom similar to that of children's toys. They are much rounder, much simpler and have large buttons," adds designer Frank Zierenberg.

Many will remember the Sega Genesis from the 1990s which was revolutionary for its black, matte design reminiscent of a CD player, quite unlike the clunky console of its rival, Nintendo. Sega began to attract adults and not just kids, while Nintendo has meanwhile positioned itself as a more family-friendly console.

That trend has continued, and with today's new adult target group, consoles have moved from kids' rooms to living rooms. "In terms of aesthetics, game consoles are becoming more and more serious," says Zierenberg. Even Nintendo's Switch, a console aimed primarily at families and children, is available in a dark grey edition suitable for every generation. 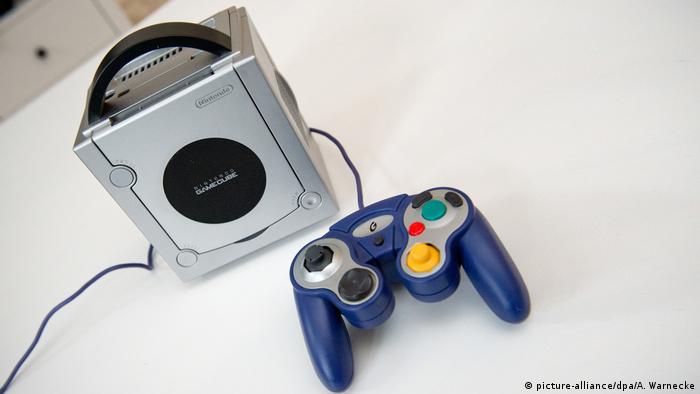 'Design must always be usable'

Console designers spend around a year thinking about how to package the hard drive, processor and fan. "The technical inner workings have always shaped the outer form and size of the console," explains Forster. "In the 21st century, heat generation became a new case design problem previously unknown in the 80s and 90s. Fans had to be installed; ventilation and sound insulation had to be considered."

The final design is revealed often only just before the console goes into mass production. Even after that, gaming companies continue to refine the appearance for later models.

When the design of the PlayStation 5, which launches on November 12, was revealed, many social media users were impressed by its futuristic curves — but others found it looked like an inverted ice cream sandwich.

Similarly, the new Xbox was mocked on Twitter for looking like a mini fridge. So while a game's operating system is undoubtedly important, its design should not be underestimated.

Thousands of Pokemon Go lovers flocked to the German city of Dortmund to take part in a two-day event in the city's Westfalen Park. The event got off to a rocky start when numerous players experienced reception issues. (01.07.2018)

From Atari to PS5: The evolution of video game consoles

Massive or playful, original, and sometimes elegant: Every new video game console generation has a fresh design. Sometimes they reflect the zeitgeist, others are revolutionary. (12.06.2020)

From pixels to virtual reality

Video games have driven technological progress, while game developers have long tried to get the most out of technology. Over time, new genres and fantastic digital game worlds have emerged. (18.11.2019)

Video games on the frontier of design

Digital games are changing popular culture both on and offline. The Victoria & Albert Museum in London is exploring video games as digital design objects, as the gaming industry continues to grow. (10.09.2018)

Gamescom: Gaming giants too must adapt or die

The world's largest computer games trade show is drawing huge crowds in Cologne. Trends, including streaming and immersive technologies, are disrupting the market, possibly spelling the end for the games console. (22.08.2019)

Germans love to game. So why has the country's video game industry stayed so small? A nongamer reports from the world's biggest gaming trade fair in Cologne.

Massive or playful, original, and sometimes elegant: Every new video game console generation has a fresh design. Sometimes they reflect the zeitgeist, others are revolutionary.