Cloud gaming is one trend in the spotlight of this year's Gamescom, the world's top games trade show. Google's new platform, Stadia, could completely change the industry. Here's what cloud gaming is all about. Cloud gaming is easy to explain. Instead of storing a game on a disk or a hard disk, it is located in a computer center — the so-called cloud — and can be streamed via the internet from any location and to any end device. Players no longer need an upgraded PC, but only a stable internet connection.

Cloud gaming has been around for 10 years, but so far, it hasn't really caught on yet. That may be about to change this year, thanks to new cloud gaming services like Google Stadia. Stadia promises users they can play games provided on any screen, be it smartphones, computers, televisions or tablets. All users need is Google's Chrome browser and an internet connection. Google provides the necessary controller. In November, the product will be available in the USA, Canada and several European countries.

Read more: How to deal with a toxic gaming culture 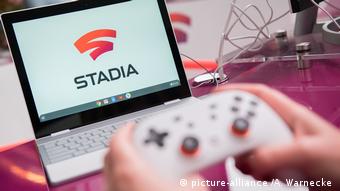 The advantage of this kind of "Netflix for games" is that it reaches user groups who may be interested in digital games, but never had access to current productions without a console or high-end PC.

Beyond the fact that it is a profitable and expanding market — which is why industry giants such as Sony and Microsoft also have their own cloud gaming services — it could also improve the image of video games and gamers alike. While binge-watching TV series has become socially acceptable, adults who spend a lot of time playing video games are still sen as oddballs, at least in Germany.

Cloud gaming has one big disadvantage, though: It only works with a stable internet connection. Delays in the transmission of digital games quickly lead to screen death. In contrast to film streaming, where parts of the film can be loaded in advance, video games are an interactive medium and scenes can not be loaded in advance. After all, the player decides what happens next. The gaming platforms need to get creative to get a game to run smoothly even with a weak internet connection. For instance, PlayGiga, a Spanish cloud gaming provider, shuts down the graphics in such cases.

Family games for the mass market

All the same, cloud gaming is the next big change in the gaming industry and will have a significant impact on digital games. Casual games like Candy Crush Saga are already a big hit: They are easy to learn and have long since conquered smartphones. Family games that couples, too, can easily play from their couch at home also do well, according to Juan Carrillo, product director of PlayGiga. 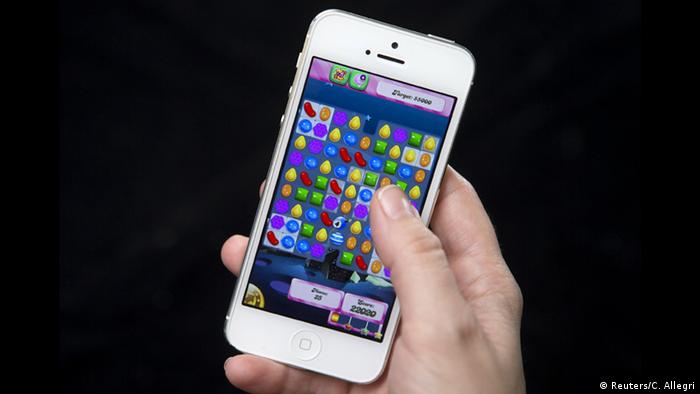 It will become increasingly important for developers to customize their games for different platforms because cloud gaming allows for seamless switching between TV, tablet, smartphone and PC. They will also need to address shorter user attention spans for any one given game — after all, a large library of games will tempt people to try out many of them instead of spending hundreds of hours on one title.

In the long run, cloud gaming providers may very well end up developing games, too. Based on usage data, streaming services know exactly what their subscribers want. Netflix has already led the way with its own productions in the film and series sector.

With so many providers currently on the market, they will also need to offer added value to their users, because it is unlikely that they will subscribe to several cloud gaming providers at once. After all, many people already juggle subscriptions to more than one streaming service for movies, series, music or sports coverage.

The Chinese tech giant Huawei has unveiled a new operating system, HarmonyOS, which the company hopes will become an alternative to Android. But convincing customers to opt for the new platform may prove a daunting task. (13.08.2019)

Germany's video game association has warned that without state support, developers stand little chance in a booming industry. But the government could be looking to change that. DW examines the situation. (26.08.2018)