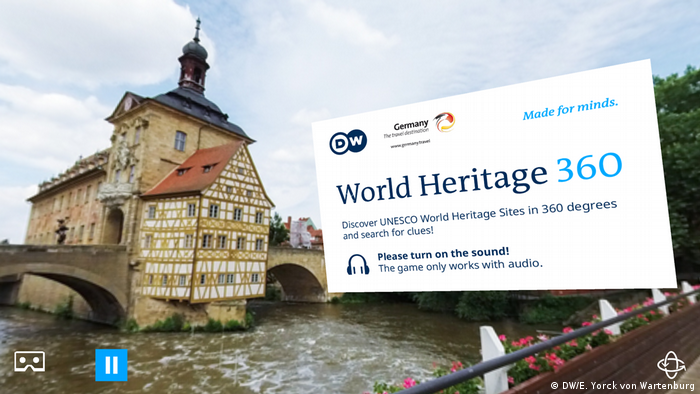 The famous equestrian statue in Bamberg Cathedral has disappeared! Has it been stolen? There's also something missing from Aachen Cathedral's treasury: the famous bust of Charlemagne! And at the Dessau Bauhaus? Turmoil reigns  –  of all times, in the centenary year of the famous school of architecture and design. 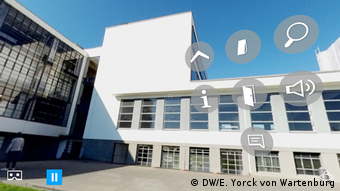 Explore the Dessau Bauhaus as you play

With a little investigative skill you can put these famous German tourist attractions back into order in our new app. And while you're searching for clues, you'll find out all sorts of interesting things about these three places. The interactive 360° stories offer a panoramic look at the sites on your smartphone or tablet. If you want to get even closer, use a cardboard viewer or VR headset. Our games work only with audio. So don't forget to turn on the sound!

Download "DW World Heritage 360" app for iOS from the App Store and for Android from Google Play Store.

The 360° camera that we raffled off in our competition for the app goes to Evangelia Asonitou from Athens. Congratulations! 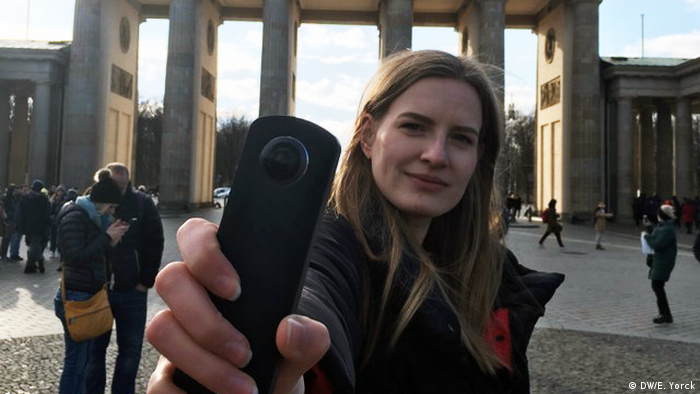 The winner of this 360° camera is Evangelia Asonitou