Dozens of supermarket staff in Australia have been attacked by customers after single-use plastic bags were banned in supermarkets. One shopper even put his hands around a worker's throat. 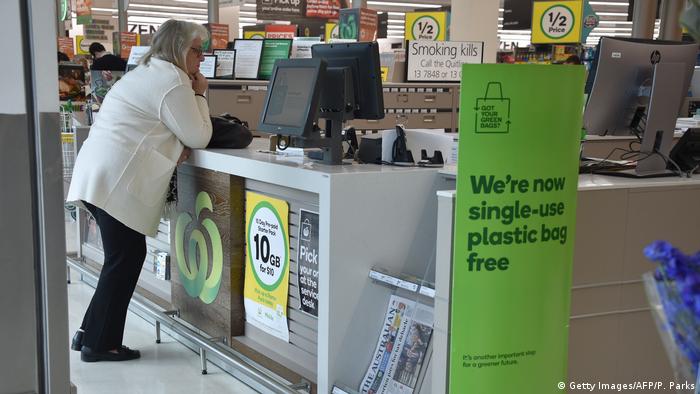 A ban on free, lightweight plastic bags that came into effect in most Australian states over the weekend had some customers fly into a bag rage.

According to a survey by the Shop, Distributive and Allied Employees' Association, of the 132 members that took part in the poll, 57 said they were abused by shoppers over the ban.

Some customers threw their shopping on the floor, shouting abuse at staff, and one man even put his hands around a shop assistant's throat when he found out that he would not be getting free bags.

"A male customer in the self-serve area swore loudly at a female worker," the union's assistant secretary Ben Harris told AFP news agency. "She provided him with some complimentary bags and apologized."

The shopper then made a mistake by scanning an item twice, but when the same worker came to help him, "he walked up behind her and put his hands around her throat," Harris said.

Staff also complained that some shoppers tried to use dirty bags containing "vomit, dirty nappies and rat feces," according to a union press release.

Other shoppers vented their anger by shouting "money-grabbing scum" at staff or throwing food at them, according to the union survey.

Woolworths started its ban on June 20, charging 15 Australian cents (€0.10; $0.11) for a reusable bag. After customers complained, it started offering them for free for a limited period so they could adjust to the new rules.

Australia's ban is part of an international effort led by the UN to eliminate single-use plastic by 2022. More than 60 countries have so far taken steps to ban or reduce the use of some everyday plastic items.

Coronavirus digest: US lifts travel bans on EU, UK and Brazil 5m ago