Pirates primed to enter state parliament in NRW | Germany| News and in-depth reporting from Berlin and beyond | DW | 11.05.2012

On Sunday, voters in Germany's largest state, North Rhine-Westphalia, will elect a new state parliament. If recent opinion polls ring true, the Pirate Party will have its best election results to date. 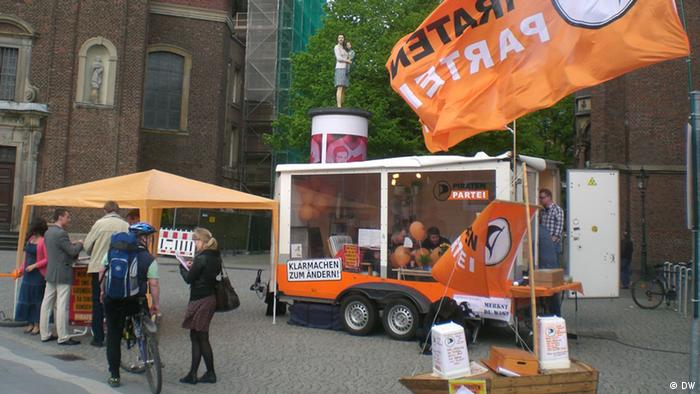 Germany's five leading polling research institutes agree on one thing: The Pirate Party will most certainly enter the North Rhine-Westphalia (NRW) state parliament after this weekend's election. Three of the institutes said the party will receive up to 10 percent of the vote, which would put Germany's up-and-coming political group on the same level as the Green party, which is currently part of the governing coalition with the center-left Social Democrats.

And the Pirate Party's popularity is on the rise. Opinion polls in March predicted much worse results, and in the last state elections in NRW the party received less than 2 percent.

The Pirates' rise to popularity is due in part to success they've had in other recent state elections, such as those in Saarland, Schleswig-Holstein and the city-state Berlin. The Pirates received an average of 8 percent in each of these elections, reason enough for even Chancellor Angela Merkel in Berlin to say, "We are taking the Pirates seriously." 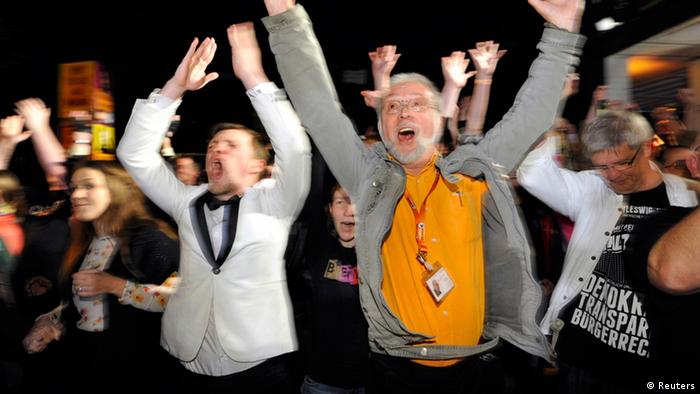 Voters in NRW are fond of the Pirates' intention of making politics more transparent. "Finally there's a breath of fresh air coming into politics," said a 45-year-old woman who had stopped at the Pirate Party information stand in the NRW capital, Düsseldorf.

"We haven't felt anything like this since Willy Brandt," said a retired woman in reference to Germany's chancellor from 1969-1974 who was a Social Democrat known as a politician of the people. But this woman still is skeptical of the Pirates' ability to bring credible policies to the table. 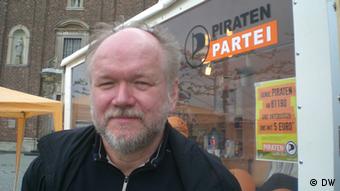 The Pirate Party's top candidate in NRW, Joachim Paul, said his party is no longer just a party for younger Germans.

"More and more older people from all parts of society are coming to our party," said Paul, who himself was chosen to head the state party in the place of a younger candidate.

Once a party for computer nerds, the Pirates are now beginning to change their face - and most of all in NRW. Several older members are assuming leadership roles within the structure of the party, and this is partly a bid to counterattack criticism that its higher ranks lack experience.

Since its early days when the Pirate Party had the reputation of being nothing more than a protest party, it has now come up with a comprehensive manifesto. One of the main areas they are looking to make changes is education. However, fewer kids per classroom - one of their main goals - would significantly increase public spending.

Other objectives the Pirates have emphasized include free public bus and train transportation and an unconditional welfare for all NRW citizens. The costs for such endeavors would balloon into the multi-billion-euro range. 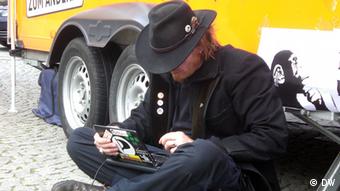 Once a party for nerds, the Pirates are now for real

The last state government in NRW collapsed after the coalition parties were unable to finalize a budget, resulting in Sunday's snap elections.

With opinion polls suggesting that the Social Democrats and Greens will stay in office, Pirate Party representatives said they will most likely be part the opposition in NRW.

"But we have not ruled out taking on governing responsibilities in the future," said Paul. "Our priority now is to get a better sense of how the political system here works."

State elections in North Rhine-Westphalia (NRW) have always been a good indicator of what's to come at general elections. It's Germany's largest state and holds significant political sway in Berlin - at federal level. (10.05.2012)

Voters in the North German state of Schleswig-Holstein have chosen a new parliament. The Pirate Party has won seats for the first time, while the embattled Free Democrats have fared better than expected. (06.05.2012)

Pirates on course for the Bundestag?

The Pirates have elected a new leader to take the helm of their fledgling political party. The planned course is clear: federal representation. The party has also taken a firm stand against right-wing elements. (30.04.2012)