Voters in the North German state of Schleswig-Holstein have chosen a new parliament. The Pirate Party has won seats for the first time, while the embattled Free Democrats have fared better than expected. 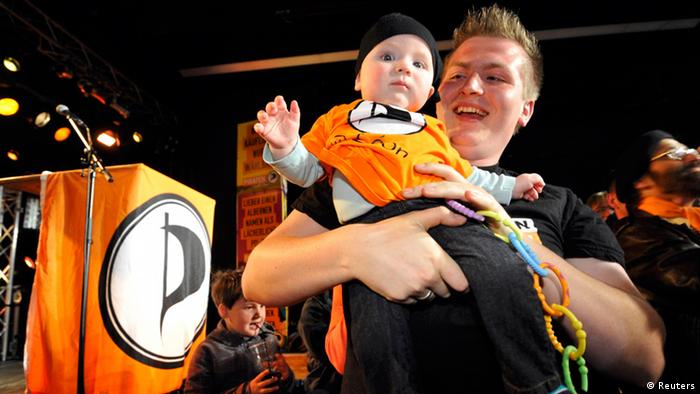 After its success in Berlin and Saarland, the German Pirate Party - whose policies focus on freedom of information in the digital sphere - has managed to win seats in the northern state of Schleswig-Holstein. Following Sunday's election, the Pirates walked away with over 8 percent of the votes.

Receiving a similar number of votes was the pro-business Free Democratic Party, which has experienced a dramatic decline in popularity across Germany in the past two years, losing seats in several state parliaments. A jubilant Wolfgang Kubicki, head of the state FDP, pointed to his party's second-best result ever in Schleswig-Holstein:

"I am proud of my party, how it campaigned in really difficult conditions," Kubicki told German news agency dpa. "We hoped for a result of over seven percent. The fact that we got over eight percent is sensational."

The country's two largest parties, the center-right Christian Democratic Union and the center-left Social Democratic Party of Germany, received around 30 percent of the votes each, with the CDU slightly ahead, and thus given the first choice to form a coalition.

What the new ruling coalition will look like is still undecided. Following the initial vote count, the CDU and SPD are set to take out 22 seats each. The Greens, with over 13 percent of votes, get 10 seats, while the Pirates and the FDP are both entitled to six.

This creates a new political arrangement in Schleswig-Holstein, which has been ruled by a coalition of the CDU and FDP since the last election in 2009.

Several coalitions are now possible, one of which has been named "Danish traffic lights" for the red-green-blue of its constituent party colors: the SPD, the Greens and the South Schleswig Voter Federation, which represents the Danish and Frisian minorities in the state. As an ethnic-minority party, the SSW is not subject to the general requirement of passing a five-percent vote threshold in order to receive proportional seats in the state parliament. 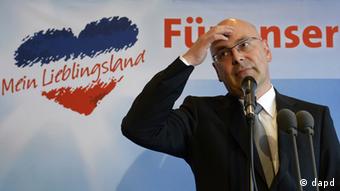 The SPD's Torsten Albig is disappointed with the SPD's result

This coalition is one that the conservative CDU fears, as it would mean the end of its rule in the state. At the same time, a CDU-SPD grand coalition would be hard for many to swallow.

Meanwhile, the SPD is disappointed with its own result, having hoped for at least 40 percent of the votes.

"This is not what I promised you," said the SPD's top candidate Torsten Albig following the result announcement. However, he also said the party would "do everything" to enter into a coalition with the Greens and the SSW.

Not a good day for the Left

As polls predicted, The Left, the descendant of East Germany's ruling communist party, did not manage to win any seats, earning slightly over two percent of votes.

However, The Left's chairman, Klaus Ernst, has told newspaper Leipziger Volkszeitung that he does not see this as a sign of his party's systematic decline.

"If that were the case, the Greens and especially the FDP would have disappeared long ago," he said, pointing out the number of times the Greens and the FDP have been voted out of state parliaments in their history.

Ernst added that some campaigning mistakes were responsible for the poor result.

Opinion: Room to breathe for Merkel

At first glance, Germany's governing parties headed by Angela Merkel lost in state elections in Schleswig-Holstein. But the result serves to strengthen the chancellor in Germany and in Europe, says DW's Peter Stützle. (06.05.2012)

Exit polls, conducted after voting ended in the northern state of Schleswig-Holstein, say Merkel's CDU is neck-and-neck with the opposition Social Democrats. It is a victory of sorts for the CDU. (06.05.2012)

Pirates on course for the Bundestag?

The Pirates have elected a new leader to take the helm of their fledgling political party. The planned course is clear: federal representation. The party has also taken a firm stand against right-wing elements. (30.04.2012)

Surprises in the Schleswig-Holstein election