In a continent often ravaged by famine and drought, Olantunji Akomolafe wants to change things for the better. The Nigerian aims to start a revolution in African agriculture with some simple, sustainable ideas. 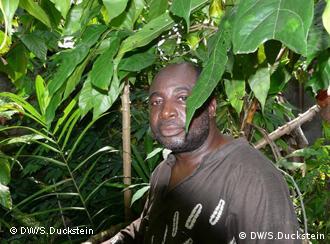 For many people it's nothing more than a tree but, for Olantunji Akomolafe, it represents the beginning of a revolution.

"I have planted this tree, right here," said the agricultural science graduate behind the Village Pioneer Project (VPP), referring to the large almond tree in a garden in Ajue, a small town in southern Nigeria. "Imagine if every family in Nigeria did that. Ten million families that would mean ten million trees. That is my approach to things."

But what, one might ask, is so special about this tree? 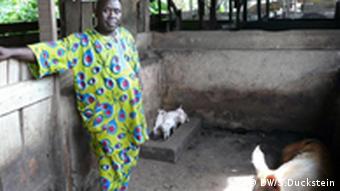 "There's nothing really special, except that it shows how self-sufficient we are," said Akomolafe. "It shows that the VPP is able to grow its own seeds, without relying on anyone else." Such an achievement typifies the project's philosophy.

'Everyone should have a papaya'

The project is a world of its own in which everything has its place. It is a veritable paradise of towering fruit trees, fragrant herbs and soaring palm trees. Kneeling in the moist soil, Akomolafe plucks a leaf from a young papaya plant.

"The papaya is a wonderful plant," says the 47-year-old. "It has so many good properties. We can obtain 200 different medicines from the papaya. We say that people should grow the papaya. Everyone should have one!"

Akomolafe laid the foundations for the VPP - a training center advocating a whole new approach to agriculture in Nigeria - some 25 years ago. The idea is to combine the traditional knowledge with modern organic farming methods.

From this idea grew the organic farm with its own methods of agriculture, a school garden, a rabbit-breeding project and pig sties as well as water-treatment and biogas plants. Akomolafe is a man with an eye on the future and someone who intends to shape it.

"I cannot see people suffer," he says. "I do not like it when resources are wasted, and I do not intend to look on as human knowledge is wasted. That's why we have decided to tap into people's knowledge and preserve." 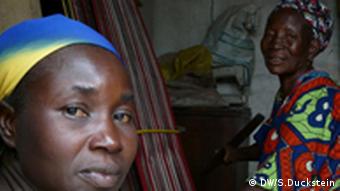 Amid the lush greenery, and in these tropical temperatures, Akomolafe hands over his business-card with a handshake. "Chief Olatunji O. Akomolafe, Wealth Creation Agency," it reads.

Akomolafe, who studied his agriculture at a German university, is a personal adviser to the governor of the Nigerian state of Ondo. He has a good reputation in Ajue itself, with his concern for everyday people and his ability to put politics to one side. "Everything here is about technology for the small guy, we adopt very simple techniques," he says.

The fact is that the majority of Nigerians still live from subsistence farming. With 156 million people, Nigeria is Africa's most populous nation. More than two-thirds of people are employed in the agricultural sector, and many Nigerians still live beneath the poverty line.

An exodus from the countryside and a brain drain to more urban areas has only served to make things worse. To improve the situation, Akomolafe is starting with the foundations - helping people to make small changes that allow them to profit more from the little that they do have.

An example of his integrated, energy-efficient approach to agriculture is the drying of leaves in the sun that allows farmers to make herbs that can be used as medicines. Pigs, rabbits and hens produce manure for the plants. Oil from the jatropha nut is used as a biofuel for the generator that powers the farm. 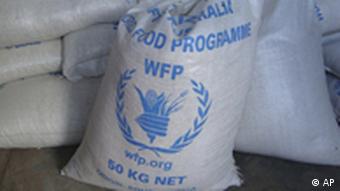 Biogas, which is produced during the fermentation of biomass, is used by the women of the VPP project for cooking. "Everything fits together," says Akomolafe.

Africa must help itself

It would be a real shame not to use the rich resources of this continent, Akomolafe believes. "It is all there, everything is right here in front of us," he says, pointing at the ground, at the treetops, and at the sky.

"Globalization is everywhere. Only Africa does not have its share in it. The productivity of the African continent is just two percent of the world's total productivity. That's 54 nations with only two percent. It is a real pity," he exclaims.

While climate change poses a grave threat to Africa, Akomolafe claims, the continent at present would not be in a position to help itself. He envisages, with a certain frustration, the need for a worldwide effort to save Africa from starvation.

"Why must that be the case?" says Akomolafe. "In the meantime, Africa has to put itself in the position to help itself if a nation is ravaged by drought or war. I want Africa nations to be in the position of being able to care for their own people and not to wait for Americans, Europeans and Asians to collect food and arrive in their planes to look after hungry Africa. That is shameful."