As many EU countries introduce new rules governing who may cross their borders amid the massive influx of migrants, many people looking for safe refuge are in limbo at the frontiers. Alison Langley reports from Slovenia. 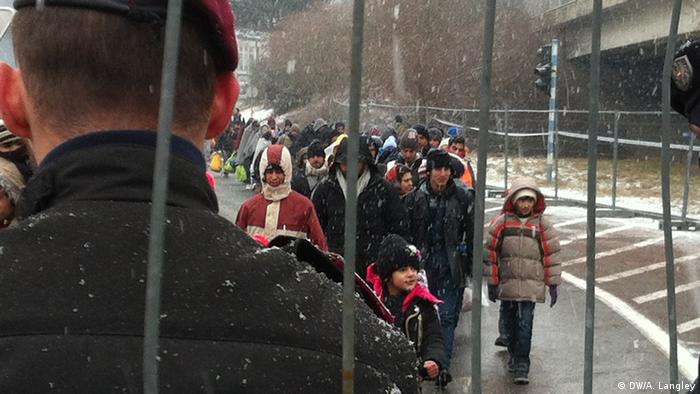 Vandamm Jabbar from Iraq spent the night frustrated and confused in a half-heated tent less than a kilometer from the Austrian border. The 22-year old had been turned back on Friday and was hoping to try again to enter legally on Saturday.

Slovenians, though reluctant to deal with those left behind, are doing everything they can to help.

"I don't know why. They don't say me," Jabbar said in broken English. To make matters worse, his four friends had made it through Austria's new border management system. 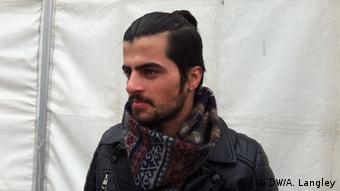 Vandamm Jabbar wants to reach Germany at any cost

The young Kurd was one of 15 migrants turned back Friday under new rules imposed by Austria. Now, only people with valid passports who wish for asylum in Germany or Austria may enter the Alpine country.

In a domino effect, Austria imposed its latest border management system this week, shortly after Germany began sending back up to 200 people per day. Now Slovenia, too, has begun thorough checks at its border with Croatia, but still there are people like Jabbar who fall through the checks, and Slovenia does not want them to stay.

Since Austria began intense scrutiny about a week ago, it has been rejecting about two dozen people per day. According to Slovenian border police who did not want to be named, all of them have been able to get through on a second try. They call them "ping-pong migrants."

When a train carrying 500 people pulled into the border town of Sentilja on Saturday, two translators wearing light blue UNHCR vests announced through bullhorns in Pashtun, Farsi and Arabic that the migrants must request asylum in Austria or Germany. Requests to all other countries would be denied, they said.

Slovenia, the smallest country along the Balkan migrant route, has no appetite for refugees. Last autumn, after Hungary closed its borders, migrants rerouted to this country of only two million people, blocking streets and stretching resources to house and feed them. Overwhelmed, the country turned to UN agencies to help.

In all, Slovenia has accepted 120 people seeking asylum. It wants no more. Prime Minister Miro Cerar on Friday called on Greece to erect a wall along its northern frontier to prevent migrants from entering the border-free European Union. The centrist politician was echoing the mood of his country.

"It's not good for us. It's not good for them (the migrants)," said Stane Zebela, a resident of Sentilj, who was convinced that most of those crossing his country were simply there for economic reasons.

Zebela knows about war. His country, Slovenia, fought 10 days for its independence from then-Yugoslavia in 1991. "We also had war, but we didn't run away," said the pensioner. "I was a soldier who defended my country. I stayed. It's not right for them to go. They can stay and do something for their country."

But Jabbar, an Iraqi Kurd, said he feared that if he stayed he would be killed by the so-called "Islamic State." He and his friends fled as Daesh, as the extremist group is often called in Arabic, entered his town, he said. They have been on the road for nearly two weeks, unable to bathe or stay in a warm spot for long.

His hopes were high, then, on Friday as his group of 10 people walked along a fenced-in corridor into Austria. All went well when border police searched their backpacks as a security precaution. Then, Jabbar says, he was escorted to a cubicle where an official checked his passport and papers.

"They only ask two questions: ‘Where you from? Why you here?'" he said. Jabbar says he told the official he wanted to go to "Dutchland," mis-pronouncing slightly the German word for Germany. He wonders if that is why he was turned back. "Maybe the translator was bad." 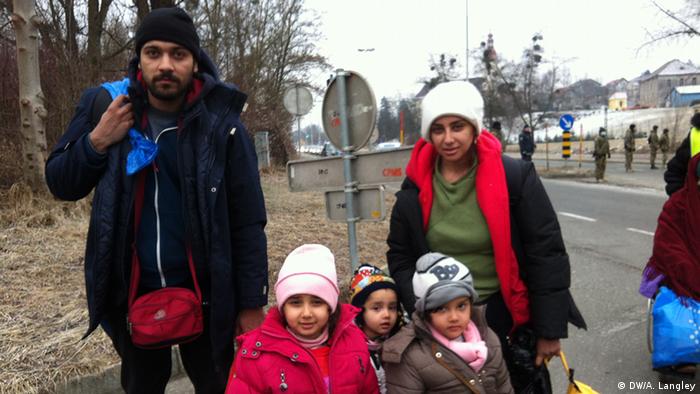 Whole families are looking for a better life in Europe

When he and the 15 others – mostly men – were sent back, the Slovenian border police re-issued new papers, which he showed to a reporter. The new paper clearly states his desire for asylum in Germany, "Deutschland."

"I cannot stay in Slovenia or Austria. I cannot," says Jabbar, who said his first name, Vandamm, is from the Belgian martial arts actor, Jean-Claude Van Damme. Jabbar's father is a fan.

When asked if perhaps officials were skeptical of his name on the passport, Jabbar looked panicked. That was his real first name, he insisted.

And if he was turned away again on Saturday?