Piece of Charles and Diana royal wedding cake fetches over $2500

A piece of cake from the wedding of Charles and Diana has sold for thousands of dollars at auction. The 40-year-old slice attracted bidders from all over the world. 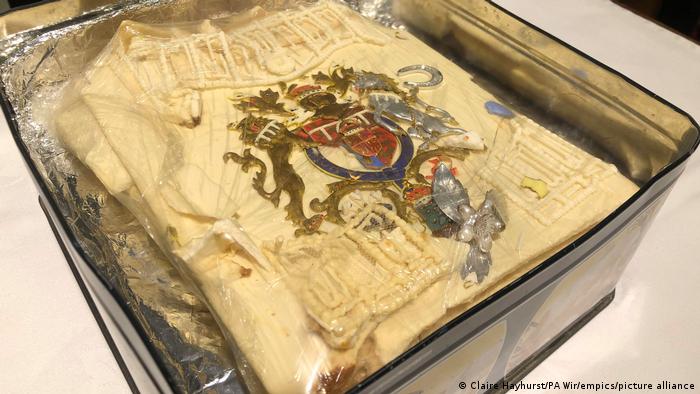 Piece of Prince Charles and Princess Diana's wedding cake which sold for over $2,500

A royal enthusiast has bagged a slice of history on Wednesday, paying the princely sum of $2,565 (€2,185) for a piece of cake from Prince Charles and Princess Diana's 1981 wedding.

The four-decade-old piece, emblazoned with the royal coat of arms, managed to fetch more than three times its asking price. Dominic Winter Auctioneers, who specialize in selling royal memorabilia, said bidders from all over the world tried to get their hands on the marzipan encrusted chunk. 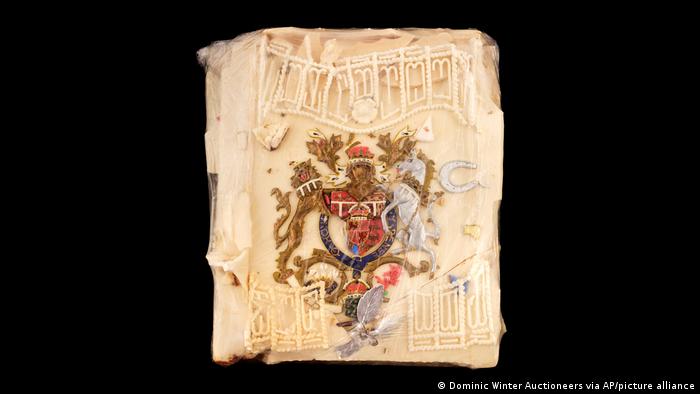 The marzipan cake is emblazoned with the royal coat of arms

It was British local Gerry Layton who managed to secure the winning bid.

Layton, who described himself as a monarchist, said the cake would form part of his collection of memorabilia.

"I thought I would like to add it to my estate, which will be going to charity after my death,'' he said.

Layton joked: "I will have to think of a way to stop myself from trying to eat it though." 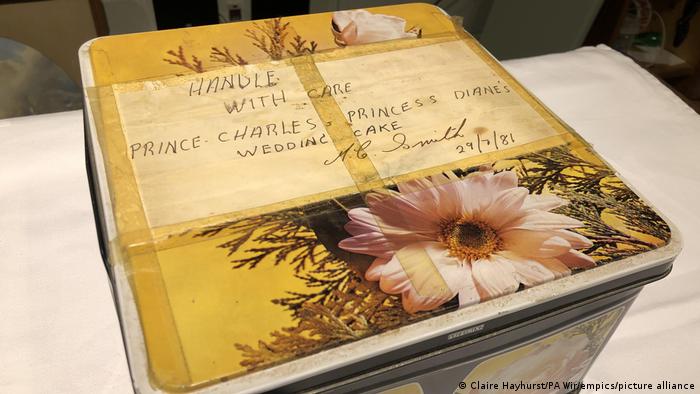 Despite its remarkable condition for such an old piece of confection, it did come with a word of caution.

Speaking about the cake's general condition, Chris Albury from Dominic Winter Auctioneers said: "It appears to be in exactly the same good condition as when originally sold, but we advise against eating it."

The cake had originally been given to a lady called Moyra Smith who worked at the residence of the Queen's mother. When she passed away, her family sold it for £1,000 (€1,180, $1,387). The collector who bought it then was the same one who put it on auction now.

It's understood that pieces of Charles and Diana's wedding cake regularly go on sale despite the fact they got divorced in 1996. In December a slice sold for $2,240 complete with a commemorative box.