Prince Charles, heir to the British throne, has arrived in Germany on a four-day visit. Britain's royals are descendants of Germany's Saxe-Coburg-Gotha families. The prince said: "The bonds between us must endure." 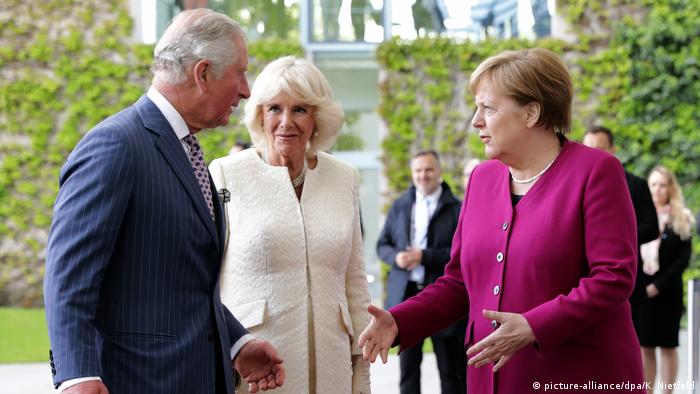 Britain's Prince Charles and his wife, Camilla, arrived at Berlin Tegel Airport and were greeted by a guard of honor on Tuesday. They then went to the Federal Chancellery, where they met Angela Merkel.

The 70-year-old, who is next in line to the British throne, then met German President Frank-Walter Steinmeier, before going to the Berlin Airlift Memorial with the mayor of Berlin, Michael Müller.

In a speech delivered in English and German on Tuesday evening, Charles said the ties between the UK and Germany should remain strong in the future — an indirect reference to Britain's pending departure from the European Union.

"Whatever the shape of our future relationship, and whatever is negotiated and agreed between governments and institutions, it is more clear for me than it has ever been that the bonds between us will and must endure," the prince said. 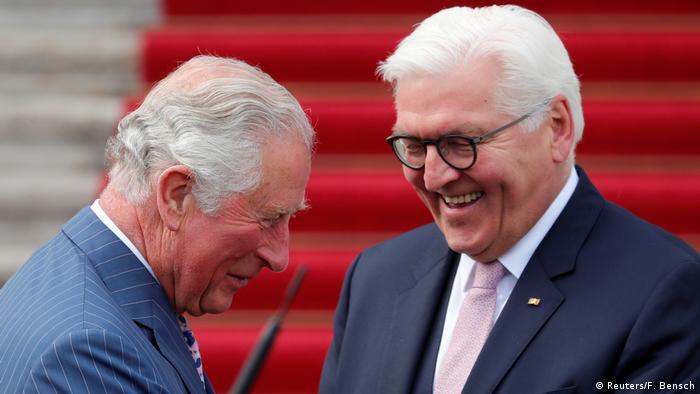 "We are friends and natural partners, bound by common experiences, interests and values, and our futures are deeply entwined," he added, commenting on his family's roots in the German aristocracy.

The royals arrived in Germany a day after Charles' younger son, Prince Harry, announced that he and his wife, Meghan, the duchess of Sussex, have had their first child, a baby boy. Charles told crowds that he "couldn't be more delighted" at the news and that he and Camilla "are looking forward to meeting the baby when we return."

The couple are due to visit Leipzig on Wednesday and Munich on Thursday. 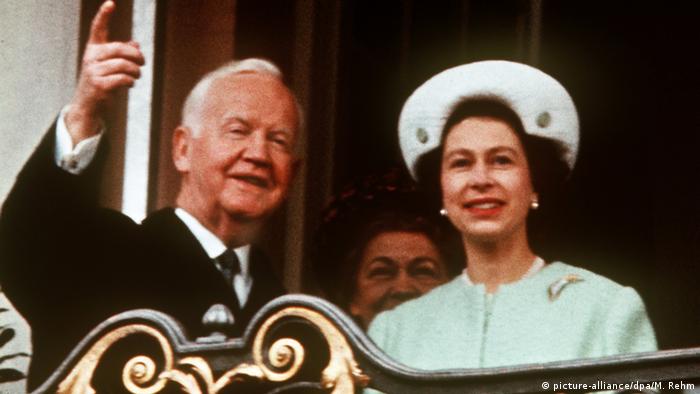 Charles' great-great-great-grandfather Prince Albert, was born 200 years ago in 1819 in Saxe-Coburg-Saalfeld. When he was 20, he married his first cousin Queen Victoria and they went on to have nine children before Albert died in Windsor in 1861.

Britain's royal family was previously known by the German names Saxe-Coburg-Gotha. In 1917, King George V adopted the name Windsor in response to widespread anti-German sentiment during World War I. The present House of Windsor has family ties with most of the monarchs in Europe.

The queen visited Germany for the first time in May 1965 and has returned several times since. During her inaugural visit, she spent 11 days touring Germany, including stops in the then-capital, Bonn, and also in Berlin and 16 other cities.

The British royal family are hugely popular in Germany, which, in the absence of its own royal household, has a celebrity media focus on those European nations that have prominent ones.

It's a boy! — Prince Harry and Meghan Markle's love story

As fans celebrate the birth of Meghan Markle and Prince Harry's baby boy, here's a look back at how the Duke and Duchess of Sussex got together and their ensuing relationship. (06.05.2019)