A photographer in Cologne has taken female inmates as the subjects of his work - a tall order, given penitentiary security. The artist asked the women to describe what "beauty" meant to them in everyday prison life. 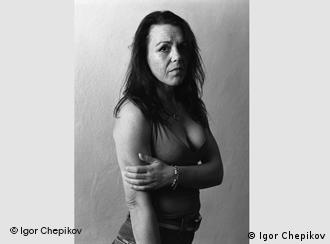 The women were asked how prison life had changed them

It sounds rather macabre or, at the very least, a contradiction in terms - asking female prisoners to address the notion of beauty. Russian photographer Igor Chepikov, who has been living in Cologne, Germany since 1991, visited a women's penitentiary weekly for over 10 months. There, after splashing a wall in white paint to serve as a backdrop, he took thousands pictures of some of the inmates. Those snapshots were ultimately distilled into a selection of just 56 photographs that compose the exhibition called "Bad Ossendorf: Women in Prison" now on show in Cologne.

The title is a play on words. "Bad" in front of the name a place normally refers to a spa town in German. "Ossendorf" is the name of the penitentiary outside of Cologne. "Bad Ossendorf," then, could be translated as "Resort Ossendorf," but is intended to also imply English connotations, as in "bad love, bad money, bad company." 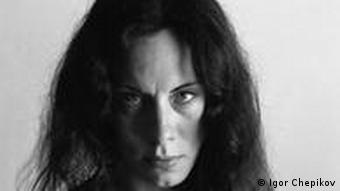 The photographer took 24 pictures of each participant

However one chooses to view the name, the subject of the exhibition - women in prison confronted with the topic of "beauty" - sounds like it's begging for feminist critique. After all, many of the female prisoners have more existential issues to address than philosophical matters like the definition of beauty. They are worried about their children, who are now sitting in orphanages. They are dismayed about the pain they have caused their relatives. They want to liberate themselves from a vicious circle of crime.

The photographer Chepikov, at least, gave space to the women's voices - choosing not just to display his photographs of them, but also to literally frame their "narratives." The photographer asked the women to answer certain questions in written form - to describe what beauty meant to them, if they felt they had lost time in prison, what effect prison had had on their bodies and souls?

Some of the answers: "The feeling of loneliness is the worst." "I never thought prison could make a person look so bad." "There is no place to buy make-up here, or any other kind of personal hygiene products." "Once I saw the photos, I realized how horrible the effects of the drugs have been." "I wish I could turn back the clock." "For me, 'beauty' here in the prison essentially means being clean."

Deutsche Welle spoke with the photographer, Igor Chepikov, to get his take on "Women in Prison."

Deutsche Welle: Why these photographs of women in prison? Why did you choose to do this?

Igor Chepikov: I came up with the idea about six years ago. I was sitting in the Moscow subway, and was looking out of the windows and thinking about the song "As Time Goes By." And then, I started reading something about prisons and got to thinking about what life is like in prisons. A man, for instance, could be 20 years old and get 15 years in jail, but he's only 35 when he gets out. But when he's 45 and gets out of prison [15 years later], he's 60. Life is over for him, and he has no possibility to change. For women, it's even harder - not only can they not adapt at that age, they have also lost their beauty. I realized that I should take pictures of them before that happens. 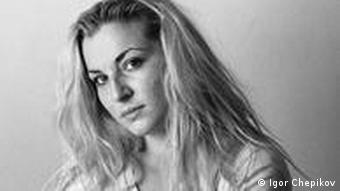 Some of the women spiffed themselves up for the photo sessions

Isn't that kind of loaded, this idea of women and beauty and prison?

I'm not sure - that's what I wanted to figure out: 'Is it problematic for women, or not?' The prison administration was doubtful - they didn't think any of the women would want to present themselves in an exhibition, which is what my intention was from the start. But 15 women wanted to participate, and that was a green light for my project from the get-go.

What do you think the motivation was for these women to take part?

Life in prison is quite boring. Participating in the project was almost like vacation - a departure from everyday life - for the women, who often sit for 23 hours a day in their cells. For them, it was a connection to outside life.

Weren't the women ashamed to show themselves?

I'm not sure. They agreed to have their pictures taken. Some of the women were in prison for the second, third or fourth time. One woman who agreed to take part had been free for a few months, then returned and said, 'Hello, I'm back, you can take more pictures of me." For her, it was like coming home again.

Do you have an example of one of the women's stories, why she came to be in prison?

Yes, I talked with the women, but their stories are supposed to remain private. You can read the anonymous narratives hanging on the walls of the exhibition.

Some statistics show that women are victims themselves before they land in prison. Did you find that when you spoke with the women?

It was different. You might find that in their narratives. Actually, a lot of these women were drug addicts, and many of them belong in a hospital or treatment center rather than a prison. 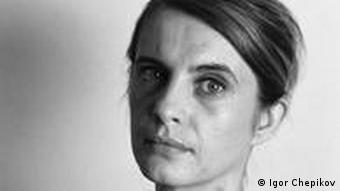 What was one of the most difficult moments while you were photographing the women?

Actually, it was beforehand - in convincing the prison administration to let me in. They didn't really understand what I wanted and what my purpose was, but as soon as they got an idea of what I was aiming for - not criticizing the place, but just presenting the bit of beauty among the women in the prison - it was fine.

How do you define beauty?

You have it or you don't. It's not easily defined. I can show it better than describe it in words. Each woman here in the exhibition has some form of beauty, even if it's just something in her expression.

Isn't this a contrast, the idea of beauty and women in prison?

Yes. It's difficult for people to imagine that women want to take care of themselves in jail, but many of the prisoners told me that it's important to them, but they don't have much of a chance to do that. For the photo sessions, they made themselves up, had their hair cut.

How did you try to make the women feel comfortable with you?

I brought cookies, cigarettes, tea. And I talked with them - it wasn't just a photo session with each, but also a chat.

You trained as an architect, then switched to painting and finally, photography. Why?

I painted for 10 years - abstract painting. But then I realized that there are just some things you can only capture in a moment, and I switched to photography. My first photography project was in a slaughterhouse - I was impressed by the colors I could capture there, and the moment when life is extinguished. You can't get this moment across in abstract paintings.

Do you think this project is political - the "Women in Prison" portraits? 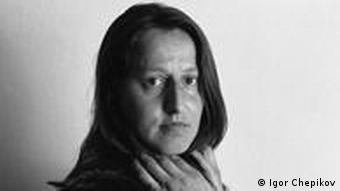 No. It's human. I don't want to criticize anyone. This is simply part of life, even if it's scary at times.

Why women and not men? Men can be beautiful too…

Because people think of women and not men when they hear the word beauty.

You asked women to write some things down about beauty. Why?

Because I wanted to know their opinions about the subject and not mine. Maybe they don't think about it at all. But from the letters, I can tell they do. Life is tough in prison, and it leaves traces on people's faces much more than among people who are free.

When one reads the narratives, it's clear that the women are also struggling with other problems, like their drug addiction, missing their children, their safety. Isn't it a luxury to be asking questions about beauty, when the women are facing much tougher issues?

The exhibition at the neues kunstforum in Cologne runs through Sept. 26, 2010. Click on the link below for more photographs from the exhibition.

Humanity in War goes on show in Geneva

A new exhibition is already attracting large crowds in Geneva. Called Humanity in War, the exhibition is designed to show visitors not just the horror of war, but the humanity of those caught up in it. (03.03.2010)

Film director Lynch is famous for his eerie films like "Lost Highway" and "Blue Velvet." Few people know him as a painter and graphic artist. Now, a museum in Germany has devoted an entire exhibition to his artworks. (22.11.2009)

Picture gallery from the exhibition 'Bad Ossendorf: Women in Prison'