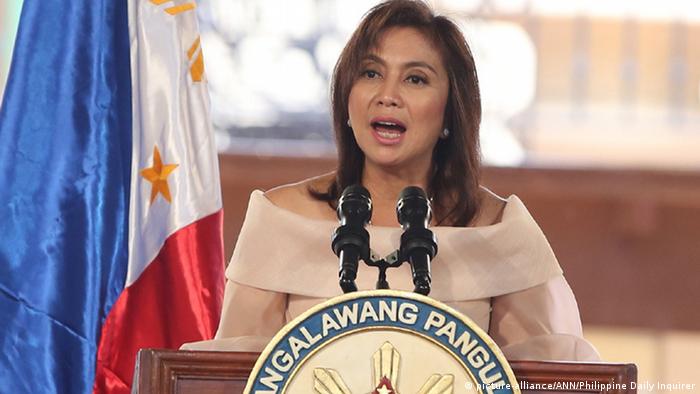 Leni Robredo announced her candidacy for president in 2022 Thursday

Philippines' Vice-President Leni Robredo on Thursday announced her candidacy for next year's presidential election in a 15-minute video on social media to the cheers of her opposition-minded supporters.

"We need to liberate ourselves from the current situation. I will fight, we will fight," Robredo said.

The liberal human rights lawyer and widow of a former interior minister had previously said she could be compelled to run for the presidency if Ferdinand "Bongbong" Marcos Jr., the son of the late dictator, threw his hat in the ring.

The race to replace Duterte

In the Philippines, the president and vice-president are elected separately.

As vice-president, she and President Rodrigo Duterte have had a bitter relationship as she has criticized the drug war which has placed him in the judicial crosshairs of the International Criminal Court due to the extrajudicial killings of thousands.

Duterte recently announced his retirement  from politics following his term. As he served as president the maximum amount of time allowed under the constitution, he had alluded to  a run for vice-president.

However, poll numbers suggest his popularity has begun to decline at the tail end of what has been one of the most chaotic tenures in Philippines' history.

On Wednesday, Marcos Jr. announced he was running for president. The son of brutal dictator Ferdinand Marcos, he has refused to apologize or express remorse for the thousands of victims of his father's regime.

During that time, Robredo backed the "people power" protests that saw the ouster of the elder Marcos.

Robredo is also a former social activist who champions human rights and good governance. She briefly served in Duterte's cabinet as housing minister but quit after six months when a presidential aide informed her that she was being cut from attending meetings.

One of the messages of her announcement Thursday was: "We will defeat the archaic and rotten style of politics."

Trailing in the early polls

In a recent Pulse Asia Research poll, Marcos Jr. is currently placed second in popularity behind Duterte's daughter, Sara, although she has repeatedly denied she will run.

More than 40 candidates have registered to run, but it is expected the field will narrow in the months ahead in the run up to the election.