Philippines, US start 'Balikatan' military drills in region near Taiwan

Some 9,000 soldiers from both countries are taking part in one of the largest joint military drills in the Philippines in recent years. It comes amid tensions with Beijing. 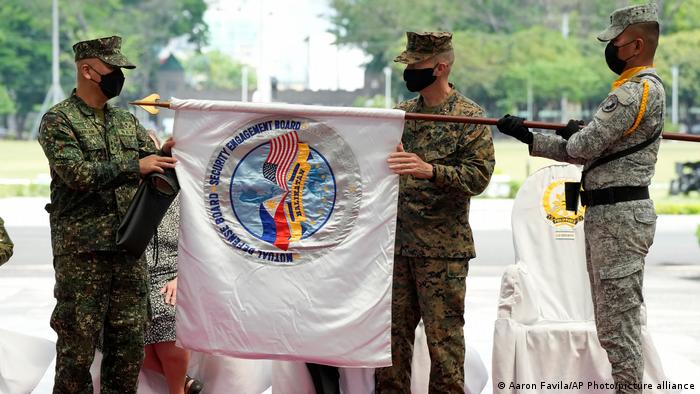 Filipino and US forces on Monday launched one of their largest joint military drills in the Philippines in recent years.

At the opening ceremony in Manila, Philippine military chief General Andres Centino said the drills reflected the "deepening alliance" with the US.

US Major General Jay Bargeron said the "friendship and trust" between their respective armed forces would allow them to "succeed together across the entire spectrum of military operations."

The Balikatan were first staged in 1991. They were anchored on the 1951 Mutual Defense Treaty, which commits the United States and the Philippines to come to the aid of the other in case of an attack. The war drills are likely to be noticed by China, as they are being carried out relatively close to Taiwan, which Beijing claims as Chinese territory.

However, US and Filipino officials said the exercises don't envision any particular country as a target. US exercise director, Major General Jay Bargeron, said the drills are designed to improve defense and response readiness, and should not be considered as a show of force.

Some drills are set to be staged on the western island province of Palawa and around the western side of the Luzon island — facing the disputed South China Sea.

On Sunday, the Philippine coast guard accused its Chinese counterpart of steering one of its ships within meters of a Philippine patrol vessel in the South China Sea, breaking international rules and risking a collision.

The Philippines said it was the fourth time in the past year that a Chinese coast guard vessel had conducted "close distance maneuvering" near the contested Scarborough Shoal — an area of tension between the two countries.

Outgoing Philippine President Rodrigo Duterte had said in February 2020 that he planned to axe an agreement that provides the legal framework for the US to hold joint military exercises in the Philippines, throwing the future of the annual drills into doubt.

Duterte, however, walked back on the decision last July, amid heightened tensions with Beijing following the detection of hundreds of Chinese boats parked at a reef off the Philippines. 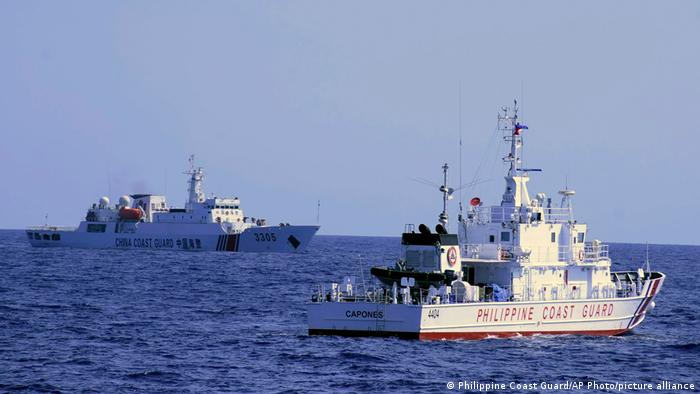