Philippines struggling to tackle child prostitution | Asia | An in-depth look at news from across the continent | DW | 10.03.2015

Sex tourism, child prostitution, and human trafficking are closely linked in the Philippines. Corruption and prostitution are flourishing because of the country's inability to enforce law and prosecute criminals. 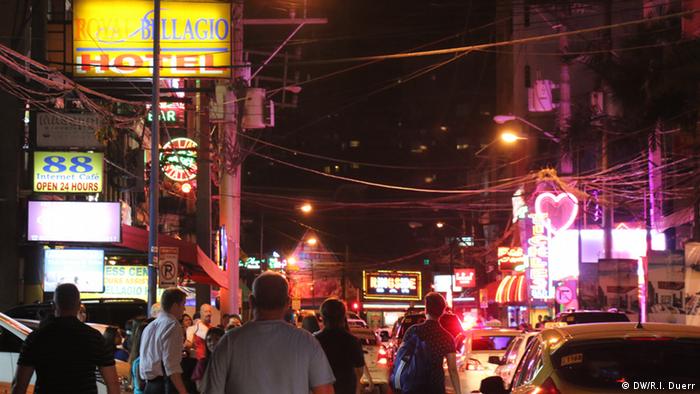 18-year-old Leilane (name changed by the editor) now dreams of a career as a stewardess. But two years ago, the teenager could not even imagine going to school, making friends and living in a normal house. She had no dreams for the future. In those days, instead of going to school, Leilane was working for a daily minimum wage and living in a bar. At the age of 14, she started working as an "entertainer" in Olongapo, a city located to the north of the capital Manila.

Tourists from the US, Australia, Europe, Japan and Korea regularly visited the bar. And they all sought sexual services from underage girls. Leilane, however, does not wish to speak about her past, and instead wants to focus on her future. She has overcome the humiliations and harassment she experienced during this period.

The Philippines, along with Thailand, Indonesia, and Malaysia, is a global hub for child and teenage prostitutes. Sex tourism is widespread in many Philippine cities and is one of the most lucrative income sources of organized criminal groups. 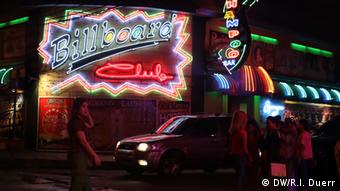 Sex tourism is widespread in many Philippine cities

While around 800,000 people in the Southeast Asian nation are involved in prostitution, about 100,000 children are being forced into the sex trade every year, according to UNICEF estimates. They are often children from poor families living in the country's poverty-stricken slums and rural areas, from where they are trapped and exploited by pimps.

Leilane was lucky, however. Two years ago, she was rescued from the bar in a raid conducted by child protection agency PREDA, in cooperation with law enforcement agencies. The American bar owner and his Philippine business partner, a "Mama-San" or pimp, were arrested and are now awaiting trial in the capital Manila.

But this case is an exception in the Philippines, where "bar owners normally bribe local police and no action would be taken," said Father Shay Cullen, who founded PREDA more than 40 years ago.

Dozens of police officers were killed in an anti-terror raid that has dented the popularity of Philippine President Benigno Aquino, rendering major reforms unlikely during the rest of his term, says analyst Alecia Quah. (19.02.2015)

The Philippines has 'transitioned to a tiger economy'

A Philippine official recently said the country no longer deserved to be branded the "sick man of Asia" given its fast economic expansion. DW speaks to economist Rajiv Biswas about what is driving growth in the country. (30.01.2015)

For his tireless work against child trafficking and prostitution, the Irish priest was several times nominated for the Nobel Peace Prize. Despite being illegal, prostitution continues to be rampant in the Philippines, where the authorities turn a blind eye to numerous karaoke bars and underground night clubs in return for bribes. It is the collaboration between corruption and prostitution which allows such businesses to flourish.

The decades-long presence of US armed forces in the Philippines was also one of the factors responsible for the current situation. Millions of US soldiers had been based in military facilities such as the Clark Air Base and Naval Base Subic Bay until they closed down in 1991.

Neighboring towns like Olongapo and Angeles were known as "recreation centers" for these soldiers. And even after the closing down of the bases, these cities continued to depend on the sex industry. They are now called "sin cities."

Women who become pregnant face stigma in the society, and in most cases their children also suffer a similar fate. The inherited poverty usually forces them into prostitution at a young age. There are entire generations trapped in the sex industry – the daughters of ever-recurring trauma.

Women and girls from disaster-struck areas such as the region affected by Typhoon Haiyan are particularly at risk. "There are credible reports that traffickers look to trap new girls from the affected areas either by kidnapping orphans or by luring young women with the promise of offering jobs," says Father Shay, adding that these victims are then forced into commercial sex trade.

The risks are therefore high because victims of natural disasters are usually left with nothing. Without work and home, they only depend on donations. They accept any dubious job offer because of their desperate condition. 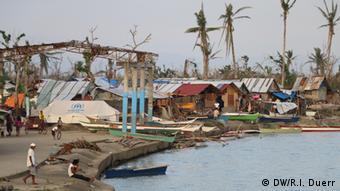 Capio herself was once a child-prostitute. She was rescued by Father Shay and PREDA, and she was even brought to Germany. Capio, who was able to complete her studies with the help of a scholarship, now takes care of street children. She initiated hundreds of criminal cases against child traffickers. Furthermore, she presents the work she is doing across the world, and in April, she is about to present it also to the US Congress.

She received an unexpected recognition even in Germany. In 1998, a popular television crime series "Tatort" was made based on her life story. Leilane looks up at her mentor - Capio is an inspiration for her. "I accept my past and I want to be a role model for these young girls. Look at me, I have done it" said Capio.

What advice would Leilane now give to other young girls? "Listen to your parents and take good care at school. This is very important." After a moment of hesitation, she adds: "Try never to work in bars. Such an experience destroys the dignity of every human being."