Former Philippine President Benigno Aquino has died of renal failure after being hospitalized in Manila. 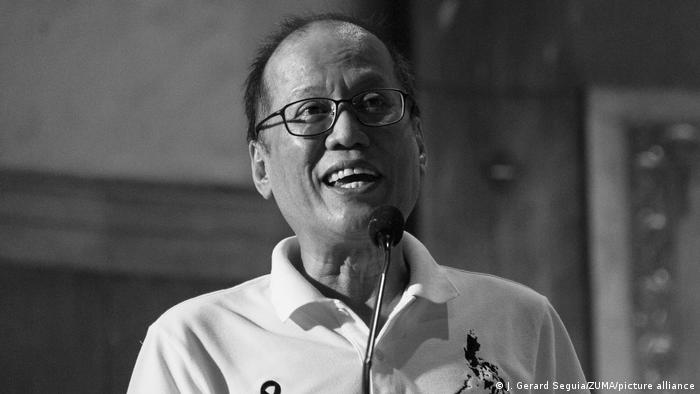 Former Philippine President Benigno Aquino died in a hospital in Manila on Thursday of renal failure as a result of diabetes, his family said.

Aquino was in office from 2010 to 2016. He was the only son of two of the Philippines' most revered democratic figures.

"It is with profound grief that on behalf of our family, I am confirming that our brother, Benigno "Noynoy" Aquino III died peacefully in his sleep," the family said in a statement read by one of his four surviving sisters, Pinky Aquino Abellada.

"His death certificate pronounced his death at 6:30 a.m. due to renal disease secondary to diabetes."

Vice President Leni Robredo, who ran under the then Aquino-led ruling party in 2016, said the news of the ex-president's death was "heart-breaking".

"He tried to do what was right, even when it was not popular," she said.

"He worked quietly and tirelessly for the good of everyone. He will be missed."

He said the former president was "brave under armed attack, wounded in crossfire, indifferent to power and its trappings, and ruled our country with a puzzling coldness but only because he hid his feelings so well it was thought he had none"

"It is with profound sadness that I learned this morning of the passing of former Pres. Benigno Aquino," he said. "It was an honor to have served with him. He will be missed."

Flags were put at half-staff at the Senate building in Manila.

Popularly called "Noynoy," Aquino was the only son of the late former president Corazon Aquino and her assassinated husband, senator Benigno "Ninoy" Aquino — both hailed for leading the struggle to restore democracy in the archipelago nation.

"Ninoy" Aquino was shot dead by military personnel at Manila airport in 1983 as he returned from exile in the US to lead the democracy movement against dictator Ferdinand Marcos.

Corazon spearheaded the revolution and succeeded Marcos as president in 1986.

In 1987, rebel soldiers attacked the presidential palace in a failed coup attempt against her. Benigno Aquino was struck with five bullets.

Aquino came to power with broad public support after the death of his mother in 2009. He ran on an anti-corruption platform and ushered in economic reforms in his term.

Aquino was also known for filing a landmark arbitration case against China over the disputed South China Sea.