Ending the use of child soldiers in the Philippines 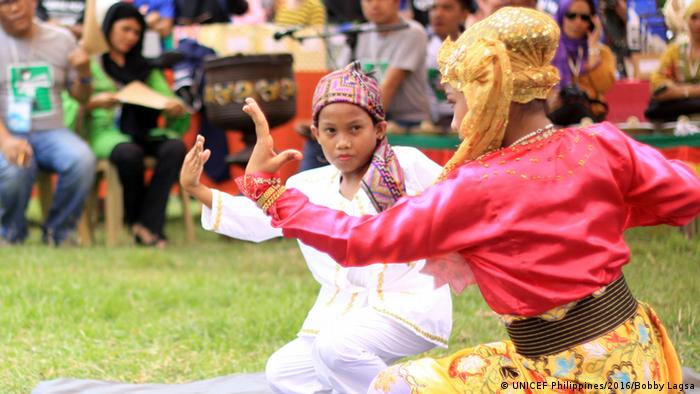 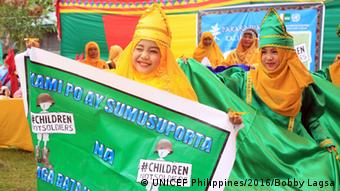 The four-decades-long insurgency, combined with clan feuds, banditry, and the proliferation of firearms, has plagued much of the Autonomous Region in Muslim Mindanao (ARMM), located some 1,300 kilometers from Philippine capital Manila.

Peace, security, and thus economic progress, have eluded ARMM for a long time. According to Philippine statistics, the poverty rate in the region is twice as high as in the rest of the country. As one of the most impoverished areas in the Philippines, ARMM has consistently pulled down national averages when it comes to education indicators. Manila and surrounding areas, known as the National Capital Region, have the highest proportion of children who completed elementary education at 79 percent compared to 46 percent in ARMM. 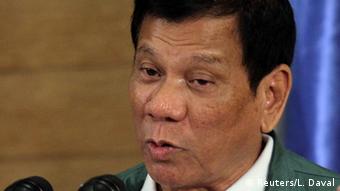 "Nonetheless, engaging a child in any form of military activity is harmful. The set-up needs to prevent this from happening and allow children to participate in other activities and give them enough opportunities to go to school," added Sylwander.

President Rodrigo Duterte, who took over from Aquino, is the first Philippine president from Mindanao and many are hoping that he will be able to bring peace to the troubled south.

"No one thought that the BBL would not pass under the Aquino government, but it didn't. We will continue to engage with the government, but we have been through this process for so long. The process is always the hardest part," said Iqbal.

Colombia's FARC rebel group has handed over eight child soldiers to an international humanitarian body as part of a peace deal reached with the government last month. Further demobilizations are expected. (10.09.2016)

Both the government and the rebels use blackmail to coerce families into giving up their children to fight. The International Criminal Court considers it a war crime to recruit anyone under the age of 15 for combat. (19.08.2016)

Syria: No place for children

Five years into the war in Syria, UNICEF has registered almost 1,500 cases of severe rights abuses against minors. According to the report, children are being deliberately killed or forced to work as soldiers. (13.03.2016)

Unlike most other countries, the Philippines has decided to keep schools closed for another year to contain COVID-19. Rights advocates warn millions of children without internet access are missing out on an education.