Catholics in the Philippines have marked Good Friday with ritual crucifixions and other blood-soaked reenactments of Jesus Christ's suffering. Thousands of tourists flock to witness the spectacle each year. 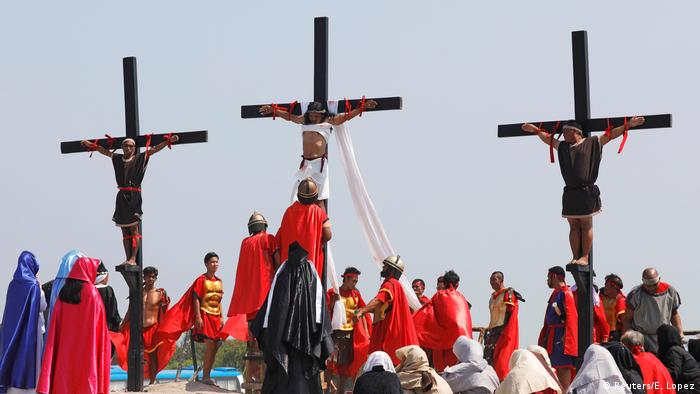 At least nine devotees were nailed to wooden crosses in the northern Philippines on Good Friday, as the Catholic country kicked off its Easter celebrations.

The annual festivities attract thousands of people but are frowned upon by the Catholic Church, which insists the crucifixion of Jesus Christ "need not be repeated."

Read more: Good Friday events celebrate the crucifixion of Christ ahead of Easter 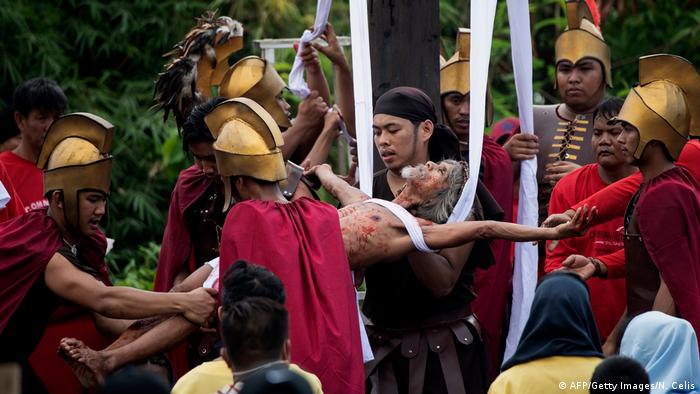 Earlier, processions of men wearing crowns of twigs and beating themselves bloody with whips and bamboo sticks made their way through the village streets. Others carried crosses or lay on the hot pavement while receiving a thrashing from a fellow participant.

Similar shows were put on in several villages across the country's north. 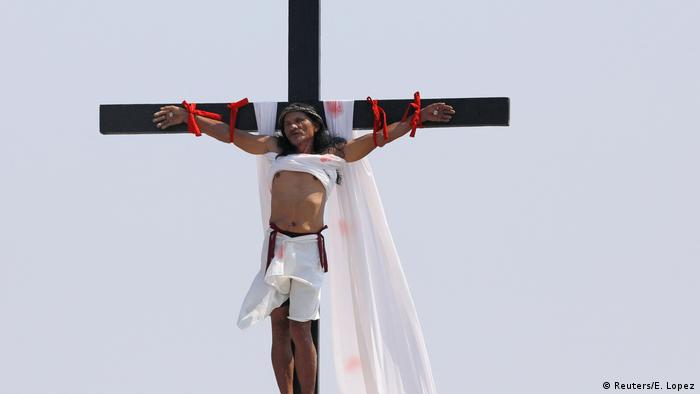 Ruben Enaje, 58, grimaces in pain after being nailed to the cross in San Fernando City, Pampanga

Easter is a major religious holiday in the Philippines, where around 80% of the country's population is Roman Catholic. While many spend Good Friday at church or visiting relatives, others mark the occasion with the more extreme kinds of religious rituals performed in San Pedro Cutud.

The Catholic Church has distanced itself from such displays, urging the faithful to instead show their commitment through prayer and acts of charity.

"The crucifixion and death of Jesus are more than enough to redeem humanity from the effects of sins. They are once in a lifetime events that need not be repeated," Father Jerome Secillano of the Catholic Bishops' Conference of the Philippines said.

"Holy Week ... is not the time to showcase man's propensity for entertainment and Pharisaical tendencies," he added.