Volkswagen's Peter Hartz is famous for his innovative labor initiatives. But Berlin his taken his name off the labor reforms he penned, fearing Germans will confuse Hartz with "hard." 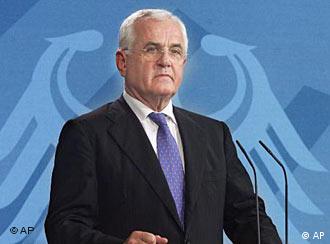 For most Germans, Hartz IV evokes the word hart ("hard").

That was the government's logic when spokesman Bela Anda announced in Berlin on Monday that the package of labor market reforms currently provoking massive demonstrations acroos the country would be called "reforms on the labor market" from now on. That's not likely to bother the father of the reforms, Peter Hartz, though. After having announced a wage freeze for employees at carmaker Volkswagen's German plants on Monday, the human resources chief is likely to be more concerned with avoiding a labor dispute.

Hartz has been known internationally for his innovative human resources and labor market policies as a member of Volkswagen's executive board since the early 1990s. The broader public only became aware of him in 2002 with his slogan "5,000 times 5,000." 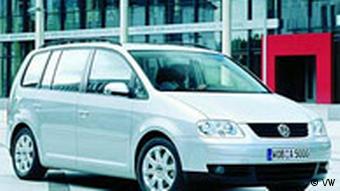 Volkswagen created 5,000 jobs for the manufacture of its Touran minivan.

Hartz's idea, which was successfully implemented, called for Volkswagen to employ a flexible occupational plan to produce the minivan Touran at VW's headquarters in Wolfsburg. Five thousand previously jobless workers were paid 5,000 deutsche marks (€2,556/$3,088) a month to manufacture the vehicle. Hartz showed that modern manufacturing procedures, new distribution routes and innovative training programs could be used to produce internationally successful and competitive cars.

In the political arena

Hartz's achievement was the beginning of his career in the political arena. The Social Democrat became a member of a commission of experts engaged by Chancellor Gerhard Schröder's government to draft plans for reforming the German Federal Labor Agency. Hartz was sober about the task.

"We won't get the gift of the great miracle with the hundreds of thousands of jobs," Hartz said at the time. "Rather, we will only reach it with an ant's strategy in which we see to one job after another, in which we look at competitive and marketable products and services. For that we need resources, for that we need an infrastructure."

The 61-year-old, an economist from the western German state Saarland, has worked as a top manager for numerous companies. At Volkswagen, Hartz attracted attention with another innovation: the four-day work week in what he dubbed the "breathing company." The idea was to cut work hours and pay to avoid massive layoffs.

Hartz's experiences catapulted him once again onto a commission charged with designing reforms for Schröder's government. Shortly before German parliamentary elections, on August 16, 2002, Hartz announced the results of the body named after him and its ambitious goal of creating jobs for millions of unemployed people.

"We have come to the conclusion that it is feasible, (to create) 2 million jobless in three years ... if we fulfill certain requirements," he said.

The Hartz Commission came up with a whole series of measures to fight mass unemployment in Germany. Job centers and personal service agencies were devised to better help the unemployed find work. Programs like the so-called "mini jobs," tax-free employment for up to €400, and "Ich AGs," subsidies for those who take the plunge into self-employment, are meant to ease entry into the working world and independence.

But the real feat came only later: Hartz IV fused unemployment and welfare benefits, bringing the former down to the level of the latter. Approval of the law from both chambers of parliament was a show of strength and an important achievement for Peter Hartz.

"Ideas are only as good as their implementation," Hartz said. "And that's good, because we've come a good bit further today. The car of reform has started to move."

The fourth week of "Monday demonstrations" against German Chancellor Gerhard Schröder's welfare reform measures drew tens of thousands of marchers across the country but figures were down from the previous week. (August 24, 2004)

Carmaker Volkswagen could become the next venue for strikes after personnel chief Peter Hartz called for a two-year wage freeze on Monday. (August 24, 2004)

The success of Germany's "Monday Demonstrations," are symbolic of the unexpected return of the reformed Communists, who took a drubbing in the last federal elections but are ahead of the chancellor's party in some polls. (August 23, 2004)