Peru is being hit by devastating flooding. Is it a natural weather cycle or an impact of climate change? 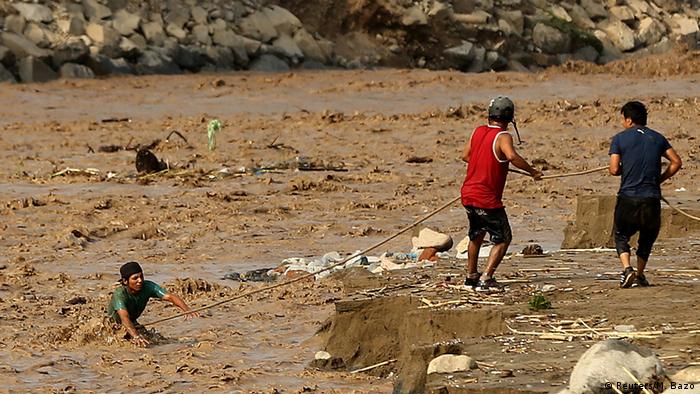 DW: What is causing the extremely heavy rainfall in Peru?

Mojib Latif:  Extremely warm water off Peru. It could be regarded as a kind of coastal el Nino event. El Ninos are events that are characterized by enormously high sea surface temperatures.

So what is the difference between a coastal El Nino and an ordinary El Nino?

Ordinary El Ninos basically cover most of the tropical Pacific and have global impacts. Coastal El Ninos have regional impacts and are restricted to the coast.

So are we just talking about a natural development here?

We don't really know whether this is natural. It is unusual that after a big El Nino - and the last one was in 2015/2016 - that there is another El Nino happening. We have to see now whether this develops into a full-blown El Nino, which then would also have global impacts. But once again it's unusual that we have flooding in Peru, again, within two years.

Some experts have been saying the last similar event was nearly a century ago in 1925?

Yes. Data is limited, but we can't exclude that. It's not unprecedented but the point here is that normally El Ninos develop at a different time of year. They are called El Ninos because, if we translate this into English, it means the Christmas child. Now we are seeing an El Nino developing in March.

Sea temperatures off the coast of Peru are slowly warming. So the question is whether or not global impacts are having an influence here on the climate of South America. What we can say is that El Ninos have become more frequent and also stronger in recent decades. Whether this is already a trend or not is hard to say but some climate models actually project that this is exactly what's going to happen in response to climate change. 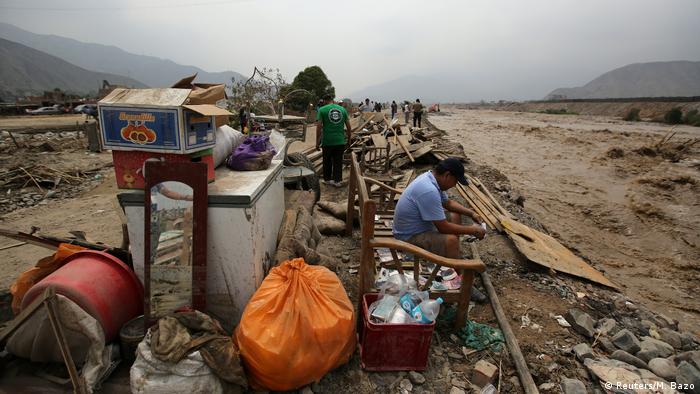 The flooding has caused widespread damage and loss of lives.

So the seawater is extremely warm for this time of year. The ocean worldwide has been warming. Is this possible without any human interference in the form of CO2 emissions?

No, absolutely not. You can't explain the warming of the oceans without taking into account anthropogenic (human-caused) carbon dioxide emissions. The oceans are warm down to 2,000 meters, and that is a giant volume. Actually, the oceans have taken more than 90 percent of the heat that has been trapped in the earth's system in response to the increase of greenhouse gas emissions. This ocean warming also leads to a sea level rise. So about half of the sea level rise we have observed over the last century is actually due to ocean warming due to thermal expansion.

At some point, this warming also becomes dangerous to our marine ecosystems.  Corals, for instance, don't have very great temperature tolerance. So if the oceans warm by more then 1.5 degrees Celsius or so, they would probably die. And it's possible that all tropical corals without climate protection will be gone by the middle of the century.

That sounds pretty devastating. Do we underestimate the ocean in our climate discussion?

Yes absolutely, not only with regard to our climate but also with regard to food security. Millions of people depend directly or indirectly on the oceans. We are absolutely not valuing the oceans as we should. Life ultimately depends on the well-being of our oceans. 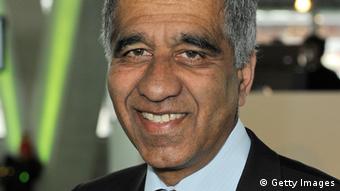 Critics say that in Peru the authorities should have been better prepared. Is it possible to foresee this sort of thing and what kind of preparations could they make?

In principle yes, but this only concerns real or "ordinary El Ninos".  But I think in general as climate extremes become more frequent and more extreme you can also expect that we will become more vulnerable. I think since we know that we are living in a changing world, we have to take more precautions so that we are better prepared than we are now.

At the G20 meeting in Germany last week, climate change wasn't even mentioned in the final communiqué after pressure from the USA. How do you interpret that?

This is a difficult time: democracy is under pressure; freedom is under pressure. And then environmental issues don't get the attention they deserve. The climate issue is now on the table for decades. But international politics haven't been able to cope with the problem. So if we just look at the carbon dioxide emissions since 1990 for instance, they have increased by more than 60 percent globally. We know that there is a climate change problem. And I think more or less - except maybe now in the United States - governments agree with this. This was the reason why they all signed the Paris agreement in 2015.  But when it comes to action, we fail.

In fact we don't seem to be on track to meet the targets set out in the Paris climate agreement of limiting global temperature rise to two degrees or even one point five. So are you optimistic?

Well, that's the only way you can live these days. I think I'm optimistic because you know the renewable energies, for instance, are so superior to coal, gas or oil. You know that the renewables will prevail at some point, and I hope they will prevail in time, so that we don't really need any more political negotiations. Then things may happen faster than we have anticipated.

Mojib Latif is a professor of oceanology and climate dynamics at GEOMAR, the Helmholtz Center for Ocean Research in Kiel, Germany.