Green Party politician Daniel Cohn-Bendit has been accused of pedophilia. In the early years of the party, "free sexuality" with children was an issue - and it now appears the loose morals have come back to haunt them. 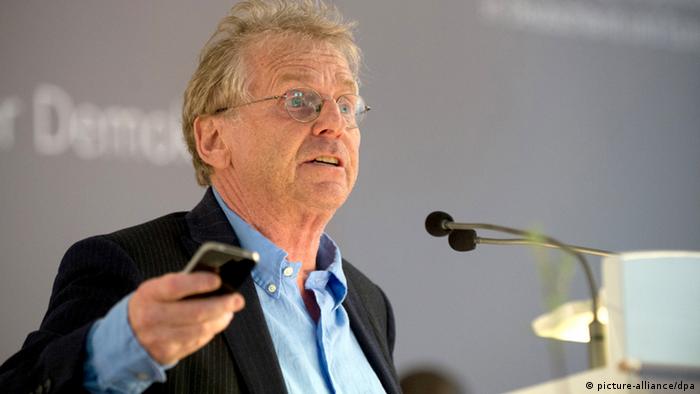 But celebration wasn't in the air on April 20 in Stuttgart when the award ceremony took place. Outside the building, demonstrators holding signs booed and whistled in protest. Andreas Vosskuhle - president of Germany's Federal Constitutional Court - didn't attend the event, where he was supposed to be the main speaker. Many other guests followed his lead.

Germany's ruling coalition originally called to boycott the event, but not because they opposed Cohn-Bendit's political views, although Cohn-Bendit was certainly considered a revolutionary for conservatives in his early years as a politician. Instead, the charge being leveled against Cohn-Bendit is that he endorsed sex with children and may have even done it himself.

Cohn-Bendit in his 1975 book "The Great Bazaar" reported about his time as a teacher in an anti-authoritarian kindergarten: "It happened several times, that a few children would open the fly of my pants and begin to stroke me. That represented a problem."

But Cohn-Bendit in later interviews and also at the awards ceremony in Stuttgart stated that it never came to molestation. He claims his writing was not based on true events, rather from what he today calls "obnoxious provocation" that "shouldn't have been written that way." 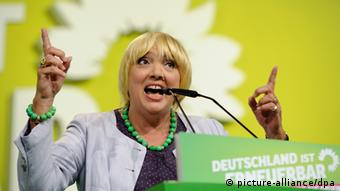 Not all observers buy into this portrayal of the situation. According to research done by the German weekly "Frankfurter Allgemeine Sonntagszeitung," previous witness statements have not erased doubts about Cohn-Bendit's behavior.

For example, one mother initially attested that Cohn-Bendit had never inappropriately interacted with her child, although it was later found out that her son was never even in the group that Cohn-Bendit apparently took care of.

Marcus Bocklet, of the Hessian Greens, in a television interview, deemed this to be "unbelievable crap" and that, without any proof against Cohn-Bendit, one should rather believe his own version of the story.

Cohn-Bendit is not taking up an invitation to be the master of ceremonies at a July 4 ceremony for a German-French media prize. Further protests, cancellations and bad press lie on the horizon - and all this in a parliamentary election year.

The hype is causing quite a headache for the Greens themselves, as discussions revolving around Cohn-Bendit seem to be taking a toll on the party, which would like to avoid the label of being a holding tank for child molesters in its formative years.

Party Chief Claudia Roth made clear in an interview with "Spiegel Online" that any pedophilia charge against party members from the founding years should be pursued.

She also made the point that if the party were pro-pedophilia, it wouldn't be winning votes. And Roth greeted the possibility of "independent researchers examining the texts and activities of certain societal groups from the 1980s." 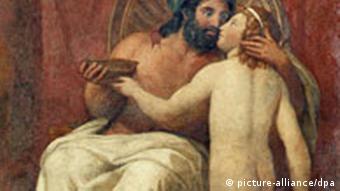 In other eras and societies, sexual activity between adults and youth was considered acceptable

There were indeed groups, in the formative years of the Green Party, which openly sought to liberalize and decriminalize sex with children. The "Urban Indians" group was one, as was the "Working Group on Gays and Pederasts."

But such groups never had an influence on the platform of the Greens, said Berlin political scientist Gero Neugebauer in an interview with DW. He pointed to parallels with the new Pirate Party in Germany.

"In every new party, some people will emerge who haven't yet attached themselves to a political organization, or have failed in previous attempts, and who then try to get to the podium of this new party," Neugebauer said.

But the Greens, like other parties, long ago segregated fringe elements with no majority appeal from the party's mainstream. The Cohn-Bendit affair is "irrelevant" for the electoral success of the Green Party, Neugebauer said.

The pro-pedophilia groups that decades ago flirted with the Greens have nothing to do with the current party, Neugebauer asserted. "It is a publicity problem, but it more or less reinforces the opinions of those who don't like the Greens anyway," he said.

Child abuse is found around the globe and although widespread and common, it remains a taboo subject and is often simply ignored. Many groups worldwide are fighting to change that. (12.01.2013)

The international problem of online child abuse is one that continues to challenge law enforcement agencies worldwide. PhotoDNA software offers some hope in the global fight against child pornography. (15.06.2012)

30 Years of The Greens in Parliament