The German winger, who has attracted interest from clubs abroad, has committed his long-term future to Champions League-chasing Borussia Mönchengladbach. The new deal runs until the summer of 2019. 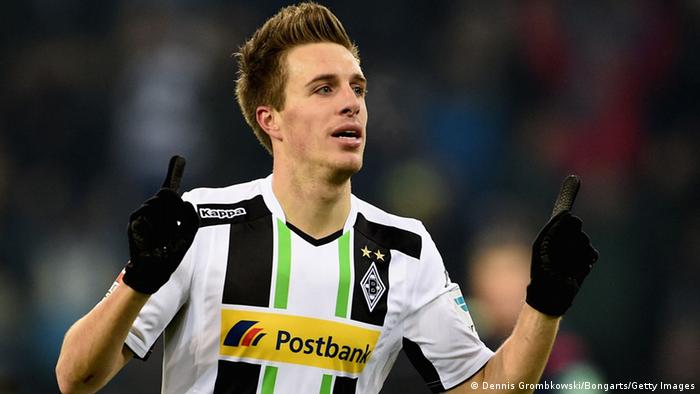 Patrick Herrmann has become the latest Borussia Mönchengladbach player to extend his contract at the Bundesliga club. The 24-year-old will now be tied to the Foals until the summer of 2019.

The right-sided forward, who was once compared with Marco Reus, has scored six goals since the turn of the year and has cemented his place in the Gladbach team this season. Herrmann started with the club's youth academy in 2008 and has gone on to appear 158 times in the Bundesliga, scoring 35 goals.

"I feel at home here," said the winger. "It is really enjoyable for me to play at Borussia and I feel the trust of the club and officials. We have fantastic fans and a unique stadium. I feel very much at home here."

"These are conditions for me to continue down this successful path that should also again lead to the national team. But with Borussia I also have goals.

"The Europa League matches this season have whet my appetite for more. I want to be successful with the club both nationally and internationally."

Herrmann is the third high-profile contract extension over the last few months at Gladbach, following deals for midfielder Granit Xhaka and Thorgan Hazard.

"Patrick has developed from a young player to a Bundesliga player with us and we are happy that he wants to take the next step in his career with the club," added sporting director Max Eberl.

The Foals are third-place in the Bundesliga with eight matches remaining and remain on course to finish in the top-four for the second time in four seasons under coach Lucien Favre.