German laws regarding embryonic stem cells are some of the most restrictive in the world. This month, a German court also partially reversed approval for a patent to a German scientist for his stem cell research methods. 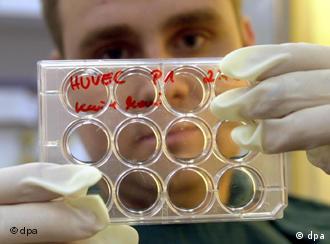 German scientist Oliver Brüstle was elated when he discovered a way to create nerve cells from embryonic stem cells. In 1999, he gained approval for a patent for the method. Since then, however, the environmental organization Greenpeace has fought that decision, afraid the patent could lead to commercial cloning.

This month, the German Federal Patent Court agreed with Greenpeace and partially reversed their 1999 decision on Brüstle's patent, saying that anything made from human tissue cannot be patented.

Brüstle believes the restriction will have devastating effects on terminally ill patients and the biotech industry as a whole.

"Here we are talking about the development of medical therapies," Brüstle said. "Academic research doesn't have the capacity to thoroughly investigate this field; we need to get the biotechnology industry involved."

"That will only happen when sufficient patent protection exists," he added.

For the greater good?

Greenpeace said that such patents aren't intended to help research, but only to help make research profitable.

"Even if research on embryos is to be allowed, it's not right to commercialize the process," said Greenpeace's Christoph Then. "We believe there should be a clear separation between research and patenting products. And the court decision affirmed this."

Physicians also question whether patents in medicine are for the greater good.

"When medical treatments can be patented, there is a chance that treatments will be delayed or will cost more," said Otmar Kloiber, Chairman of the World Medical Association.

He cited a case a few years ago when a breast cancer-suppressing gene was patented.

"As soon as the patent went through, the price for the treatment skyrocketed so that some insurance companies in the US were no longer able to cover the cost of treatment."

"It also costs a lot to develop this technology," said Besser. "Which branch of the industry can be expected to invest billions in their research and then make the information available for everyone to use for free?" 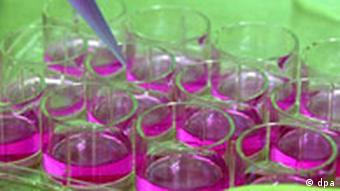 Besser wants things to go a step further than patent protection, however, and other German scientists agree.

Current laws in Germany ban the production of stem cell lines from embryonic cells. Scientists are only allowed access to imported lines, and even then, only those that pre-date 2002.

The extra-territorial reach of the law means that German scientists could face criminal prosecution from collaborating with international partners on projects involving newer lines of embryonic stem cells.

In November, the Deutsche Forschungsgemeinschaft (DFG) -- an influential research institute -- said German researchers should be allowed access to newer stem cells produced overseas and that Germany should permit the introduction of cell lines for diagnostic, preventative and therapeutic purposes. 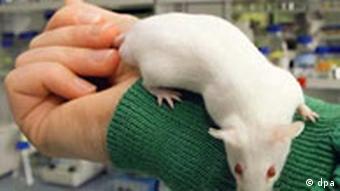 Stem cells can develop into different cell types and researchers say they offer the potential to treat serious conditions such as diabetes and Parkinson's disease and repair damaged organs or tissue.

But Otmar Kloiber of the World Medical Association questions the hype around potential stem cell therapy.

"It's been said so many times that this would be a watershed for medical therapy," he said. "Embryonic stem cell research started about 10 years ago and we have seen no therapeutic benefits for patients since then."

"In addition, the research on animals has shown that there are problems, serious problems, when you use this kind of therapy," he added.

Brüstle, for his part, said he will appeal the German Federal Patent Court verdict and take the case to the German Constitutional Court.

EU Agrees to Limited Use of Funds in Stem Cell Research

In a compromise deal that will allow current large-scale projects the finances they need to continue running, the EU agreed Monday to allow limited amounts of bloc funding for stem cell research. (24.07.2006)

Germany put pressure on a number of European countries to reject a proposal that would make EU money available for stem-cell research before a crucial vote on science funding takes place Monday. (21.07.2006)

German laws regarding embryonic stem cells are among the most restrictive in the world. That has led to a brain drain to other countries, where the use of discarded embryos from fertility clinics is not prohibited. (11.07.2006)