For 50 years, the UN has tracked the progress of the world's weakest economies. Despite some headway, things remain extremely hard in the world's least-developed nations. The pandemic has made things considerably worse. 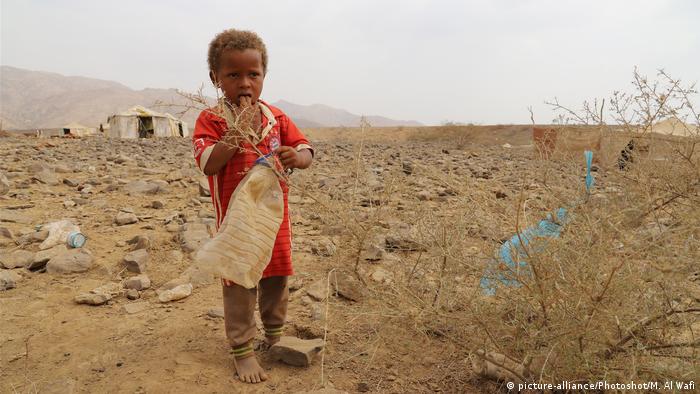 The COVID-19 pandemic has dramatically worsened life for citizens in the world's poorest countries, according to a new UN report.

The UN's Conference on Trade and Development's (UNCTAD) "Least Developed Countries Report 2021" says the pandemic has brought about the countries' worst growth performance in 30 years and "has reversed progress achieved on several development dimensions, especially poverty, education, nutrition and health."

"Today LDCs find themselves at a critical juncture," UNCTAD Secretary-General Rebeca Grynspan said at the launch of the report. "They need decisive support from the international community to develop their productive capacities and institutional capabilities to face traditional and new challenges such as the COVID-19 crisis and climate change."

The UN currently designates 46 economies around the world as least developed countries (LDCs). The status entitles countries to aid and preferential market access. The vast majority are in Africa (33 - see map and list below the article), with nine in Asia, three Pacific Island nations and one (Haiti) in the Americas. 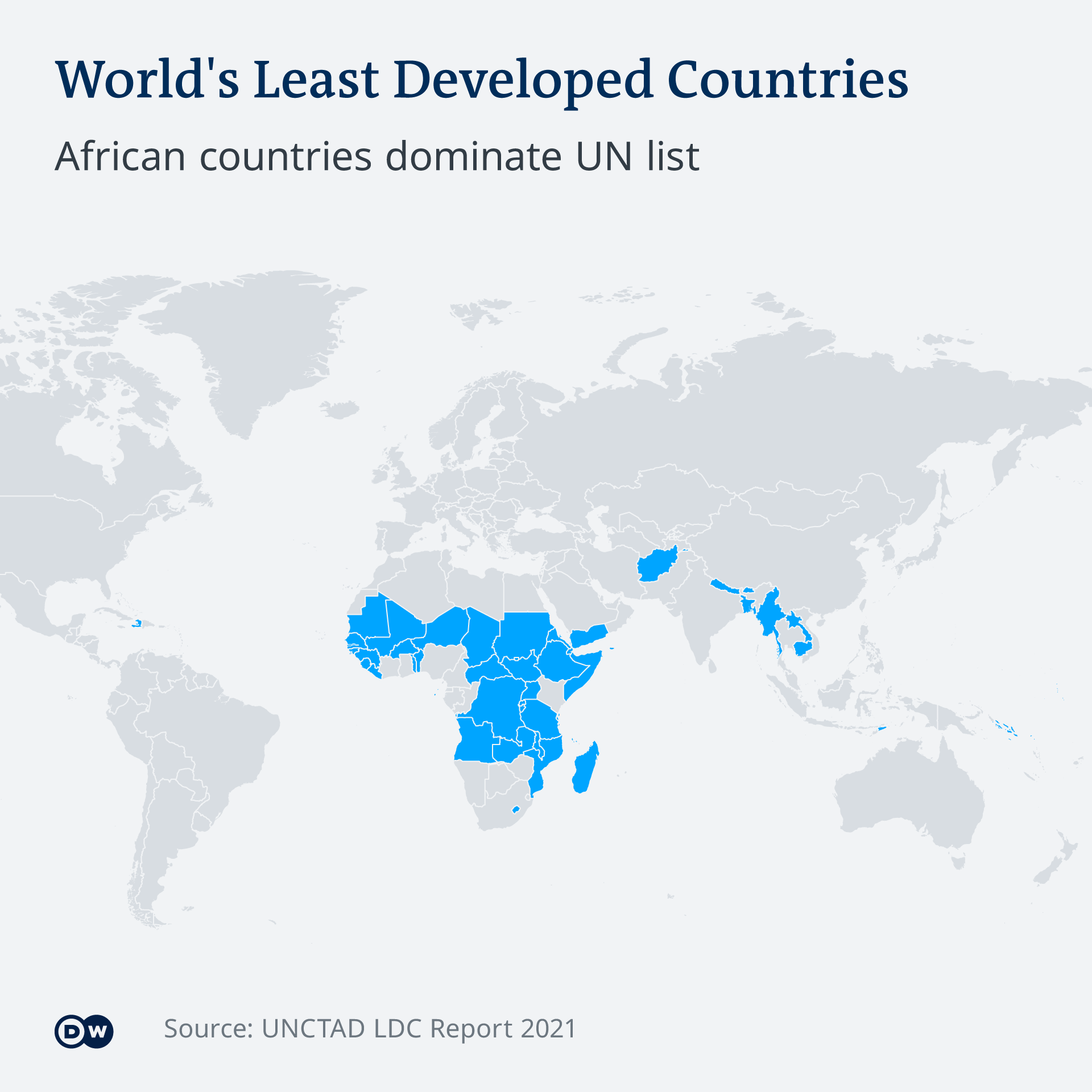 Countries in the LDC category already faced monumental economic challenges before the pandemic struck. Despite being home to around 15% of the world's population, they accounted for just 0.13% of global total trade in the 2010s.

According to the UN, they remain marginalized in international trade. Around 85% are dependent on exporting commodities, rather than manufactured products.

UNCTAD emphasizes that the outlook for LDCs is grim. "The pandemic has severely affected LDCs due to their reduced resilience and diminished capacity to react to the COVID-19 shock and its aftermath," the report says.

However, the organization also says that if the world's least developed countries are to recover from the era-defining blow to their development struck by the pandemic, huge investment from developed nations is needed to develop "productive capacities" which would enable their economies to grow.

In order to accelerate progress towards the UN's Sustainable Development Goals — a list of global targets for countries agreed by the UN in 2015 — a daunting level of financing is required, the report says.

Annual investment requirements for countries to achieve the target of 7% annual growth is around $462 billion (€394 billion), while $485 billion is the estimated annual amount required to end extreme poverty in the countries.

Longer-term structural transformations in the countries' economies will require even more money. Around $1 trillion is needed annually to help LDCs double manufacturing's share in GDP.

In order for LDCs to eradicate extreme poverty, an average annual growth rate of 9% is needed. To double manufacturing's share of GDP, a 20% growth rate is needed.

While LDC governments have a big role to play in improving their own finances, the report makes clear that the goals will not be met if richer nations don't contribute substantially.

"The international community has an essential role to play in supporting LDCs in their efforts to mobilize adequate financing for their sustainable development needs," it says.

Moving up the categories

While the pandemic has dramatically reserved progress for these nations, there is still some hope. Since the UN created the LDC category in 1971, six countries have "graduated" from "least developed" to "developing" status: Botswana, Cabo Verde, Maldives, Samoa and most recently, in 2017 and 2020 respectively, Equatorial Guinea and Vanuatu.

Angola was expected to move to developing status this year, but the pandemic and subsequent recession in the country means that is now on hold for at least three more years.

To move up a category, countries must meet certain requirements in two of the following three criteria: average income levels, 'human assets (meaning health and education levels) and economic and environmental vulnerability levels.

This year's report marks 50 years of the UN's designation of LDCs. It explores in depth how the economies of LDC nations have evolved over the past five decades, emphasizing that their development trajectories have been "erratic and often fragile."

"These mixed results underscore the struggle of LDCs to make decisive progress on structural economic transformation and sustainable development, a struggle with complex origins now made worse by the COVID-19 crisis," Grynspan says.

"The pandemic rolled back many years of the hard-won progress LDCs had made in improving their peoples' lives, and bridging their widening income gap with other developing countries and the rest of the world."

As the world's richer nations focus on their own very different post-pandemic economic recoveries, this report makes clear that the status quo cannot continue if the world's poorest people are to be lifted out of extreme poverty and towards a more positive future.

"The current framework of domestic and international policies has not helped the majority of LDCs overcome the major development challenges they face," the report says.