Giant pandas are an endangered species with a population of just 2,000 animals. Now they face a new threat: Two pandas at a Chinese breeding center have died of canine distemper, a virus related to measles. 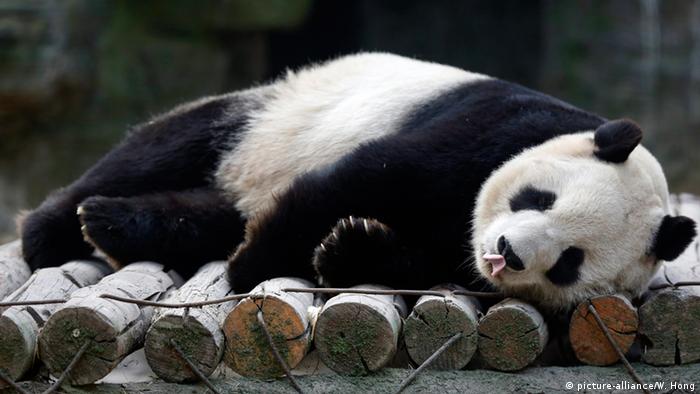 Two giant pandas at a Chinese breeding center have died, another is fighting for its life and a fourth bear's infection with distemper has been confirmed, though the animal has shown no symptoms as yet. It is unclear how many more animals have been infected. But there is great concern that the situation could get out of hand, as there are only 2,000 giant pandas left in the wild and in breading centers. 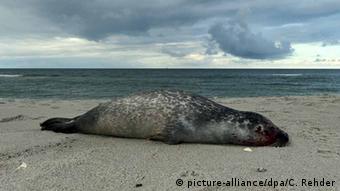 Seal populations in the North and Baltic Seas have been severely affected by outbreaks of distemper: 21,700 died in 2002

The canine distemper virus is closely related to measles. It primarily affects dogs – many die of the disease, even though pets are usually protected by vaccination. But other animals, like martens, foxes, seals – and now the giant panda – can also catch the life-threatening virus.

The affected panda center in the region of Xi'an, which is home to 25 pandas, has been closed and all healthy animals have been transferred to other breading stations. In the Xi'an compound and other centers, such as in Chongqing and Chengdu, stray dogs and cats are being captured and holes in perimeter fences repaired to keep other animals out.

The distemper outbreak appeared suddenly. The first symptoms were hard to detect. "Maybe the virus has changed over the years," Jin Yipeng, a professor at China's Agricultural University told the Huashang Bao newspaper in the Xi'an region.

The virus can be transmitted from one animal to another via body fluids, infected feed or water. The incubation period is between three and six days. After eight days, the excrement of an infected animal is contagious.

Following the first symptoms – coughing, a runny nose or fever – a panda’s chances of survival are around 20 percent. If the virus affects the nervous system that drops to less than five percent.

Bao Bao and Yan Yan were once stars at the Berlin Zoo. Now dead, the stuffed animals are the centerpiece of a new exhibition at the Museum of Natural History in Berlin. (13.01.2015)

Giant panda triplets born in a Chinese zoo have inspired global delight. Conservationists hope all three cubs will survive. But without human intervention, at least two would almost certainly die. (13.08.2014)

Giant panda Ju Xiao has given birth to triplets in the southern Chinese city of Guangzhou. It is a rare occasion, and the cubs are in good health, giving them a good chance of survival. (12.08.2014)