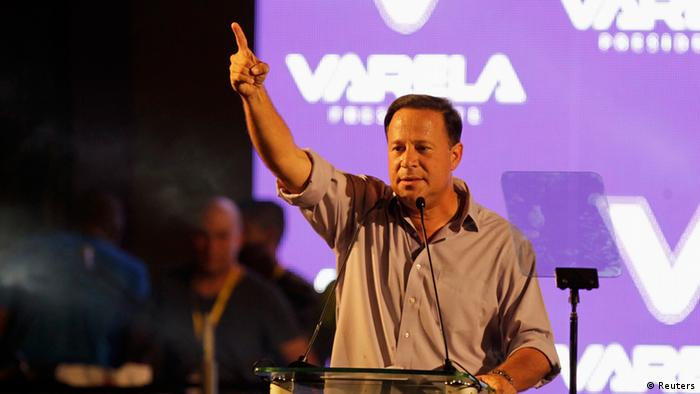 Lawyer Ramon Fonseca Mora, a former advisor and friend to Varela, told reporters in Panama City Thursday that the president had once confided that he had received funds from Odebrecht.

Fonseca made the allegation as Panamanian prosecutors conducted a surprise raid on his firm on Thursday as part of their probe into Odebrecht and the worldwide tax avoidance scandal known as "Panama Papers."

"President Varela told me - may lightning strike me if I lie - that he had accepted donations from Odebrecht because he couldn't fight everyone," said Fonseca, as he arrived to respond to prosecutors' questions.

Fonseca wrote on his Twitter account that he and his partner at the law firm, Juergen Mossack, had "nothing to do with Odebrecht."

A number of Latin American nations, among them Panama, Mexico, Argentina, Peru and Uruguay, are carrying out investigations into bribes paid by Odebrecht.

The affair centered on bribes paid to political parties has shaken Brazil politics to its roots.

The Brazilian concern agreed last December with the US Justice Department to pay a record $3.5-billion (3.28-billion-euro) fine after admitting it paid $788 million in bribes to win lucrative construction contracts in 12 countries.

Fachin takes over probe in Brazil

Fachin, 58, who became a judge under Brazil's previous president Dilma Rousseff, has a record of independent rulings.

Peruvian prosecutors have ordered the arrest of former President Alejandro Toledo  on charges of taking bribes from Odebrecht.

That case centers on a major highway project stretching from Peru's border with Brazil. Toledo has denied any wrongdoing.