Experts say that the 'apparently harmless' Sunni religious congregation of Raiwind provides ideological and cultural impetus to many extremist Islamist groups and organizations, including the Taliban. 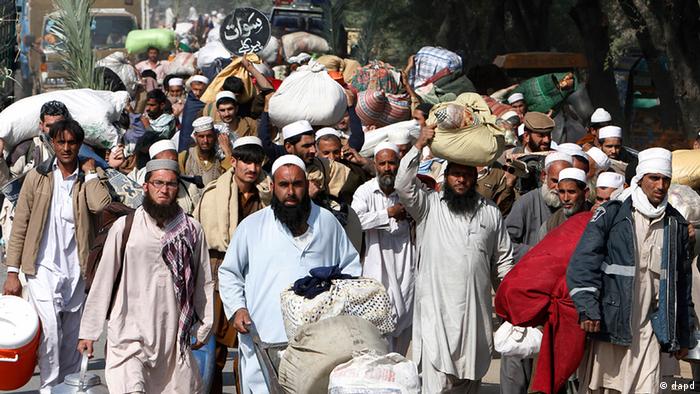 Pakistan's largest Sunni gathering, called the Tablighi Ijtima, which in English means the 'assembly to spread faith,' came to an end on Sunday after several days of religious activities. It is held annually at the central Pakistani city of Raiwind - also home to former Pakistani Premier Nawaz Sharif - and attracts millions of Sunni devotees from all over Pakistan and other parts of the world. It is believed to be the biggest gathering of Muslims after the Hajj pilgrimage in Mecca, Saudi Arabia. The Pakistani media has reported a turnout of over four million devotees this year.

The Tablighi Jamaat, which means the 'party of Islam's preachers,' organizes the gathering. It was founded in 1926 by the Indian cleric Muhammad Ilyas al-Kandhlawi with an aim to spread Islam to non-Muslims and also to purge the faith from influences of other religions, most notably the Hindu and Christian influences in British India at the time. The organization is an offshoot of the Deobandi movement of Islam, which took off in the Indian city of Deoband as a response to supposedly deteriorating Islamic values in India. Once a local movement, it has now spread to many countries in the world.

Sunnis are in a majority in Pakistan

The organization holds similar gatherings in India and Bangladesh as well. The Bangladeshi gathering is said to be as big as the one organized in Pakistan.

"Muslims have lost their way. Our objective is to bring them back to the true path of Islam," Yousuf Usmani, a Tablighi Jamaat activist in the southern Pakistani city Karachi, told DW. "There was a time when Muslims ruled the whole world but now they are being dominated by others. How did that happen? It happened because Muslims are no more the real Muslims."

The Tablighi Jamaat claims to be an apolitical organization but many Pakistani experts say that it gives ideological impetus to most extremist and militant religious organizations in Pakistan, including the Taliban.

Dr. Muhammad Ali Siddiqui, an educationist and literary critic in Karachi, told DW that the Tablighi Jamaat did not take on a political role until Pakistan became a separate state in 1947.

"It can claim whatever it likes, but Tablighi Jamaat is a political organization in my opinion," said Siddiqui. "It is not a spiritual movement or the one which only interprets the matters of fiqh (jurisprudence). It has a well-defined political agenda which provides ideological and cultural fodder to many hardline religious groups." 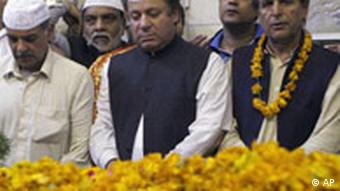 Experts say that the Tablighi Jamaat in Pakistan emphasizes the concept of a "one-dimensional Islam" which does not leave any room for other forms and interpretations of the religion.

"The Tablighi Jamaat claims that Muslims are backward because they are no longer 'true Muslims.' The idea of a 'better' or a ‘true' Muslim is obviously their own interpretation of the faith," Siddiqui said. He also said that the Tablighi Jamaat was closer to the 'softer' Hanafi Islamic tradition before the partition of India, but had gradually become more similar to the stricter Saudi-Wahhabi Islam.

Farooq Sulehria, a Pakistani journalist and scholar at the School of Oriental and African Studies (SOAS) in London, told DW that there would have been no Taliban without the organizations like the Tablighi Jamaat.

Sectarian violence is on the rise in Pakistan

Experts are of the view that the Tablighi Jamaat has been openly patronized by the Pakistani security agency, the Inter-Services Intelligence (ISI), and also by government heads, including former Prime Minister Nawaz Sharif. There are a number of speculations as to why the Pakistani state would not want to relinquish its support for the Tablighi Jamaat and other similar groups.

"There is no way Pakistan can have an influence in the region, particularly in Afghanistan, if there is no threat of Islamist extremism," Sulehria said.

Western countries accuse Pakistan - the ISI in particular - of backing the Taliban, who claim they have safe havens in Pakistan's northwestern tribal areas, which border Afghanistan. They say the Islamist militants launch attacks on Afghan soil from their hideouts in Pakistan, and that the Pakistani government is not doing enough to destroy the terrorists' sanctuaries.

Some Pakistani analysts are of the view that by supporting organizations like the Tablighi Jamaat, Pakistani authorities are allowing hardline Islamist groups to damage the pluralistic Indo-Pakistani culture. They say that this has resulted in an increased number of persecutions of religious minorities, sectarian killings and attacks on shrines and followers of Islamic saints who preached a secular and humanistic version of Islam.