A jail in Pakistan has released a young girl accused of burning pages of the Koran. Rimsha Masih had been held for a little over three weeks after neighbors accused her of violating a strict blasphemy law. 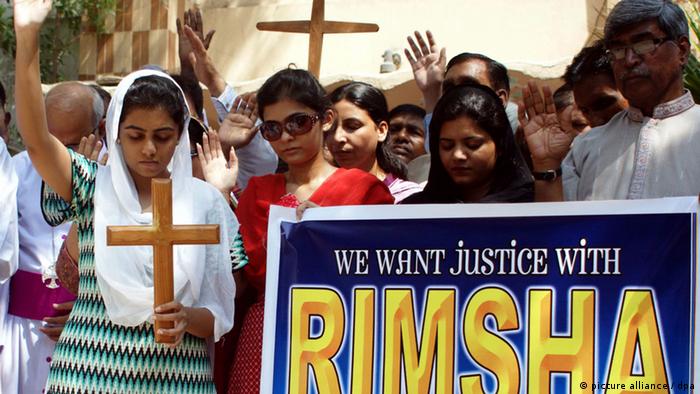 The release comes a day after a judge granted bail to Masih, a Christian who is believed to be younger than 14. Her lawyers will try to have the case against her thrown out.

"She has been freed from the jail and was transported by a helicopter to a safe place," Paul Bhatti, Pakistan's minister for national harmony, told the news agency AFP. "Her family members received her."

Police arrested Masih in August after neighbors alleged that she had burnt the sacred pages. However, the cleric Hafiz Mohammed Khalid Chishti was later arrested on charges of planting some of the pages to strengthen the case against her.

Chishti's accusers allege that he planted the evidence in order to drive Christians out of the Islamabad slum. Christians total just under 2 percent of Pakistan's 180 million people.

Now that Masih is free, activists remain concerned for her safety and that of hundreds of her Christian neighbors. A medical panel has also found that Masih suffers from learning disabilities and has a low IQ for her age group.

Christians make up just 1.6% of Pakistan's population, but in the capital, Islamabad, they are over 90% of the sanitation workforce.