Pakistan: Will a Premier League partnership jump-start professional football? | Asia | An in-depth look at news from across the continent | DW | 30.09.2021

Fans hope that the new league will usher in a new era to Pakistani professional football. However, analysts fear that a FIFA suspension will stop Pakistani soccer from making it to the international stage. 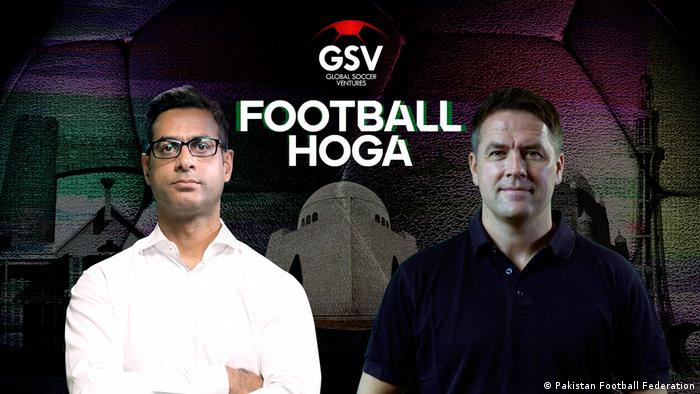 PFL is scheduled to launch in the spring of 2022 and teams like Karachi, Lahore, Islamabad, Quetta, Multan and Peshawar are already lined up to compete in the league tournament.

While launching the league, the 41-year-old former English striker said: "Pakistan's football potential is huge and I am excited about identifying untapped talent in a nation of 220 million."

Cross-promoting between the UK and Pakistan

"I am looking to cross-promote and develop football between the UK and Pakistan through the first-ever franchise model league," he added.

The PFL was launched by the GSV. Six British Premier League teams are creating partnerships with Pakistani clubs, marking the first cooperation of its kind.

Premier League clubs and PFL franchise teams are hoping for a mutually beneficial partnership, by which English teams can increase their fanbase in the country of 220 million, while Pakistani teams will be able to learn from their English counterparts.

"Those playing with international players will see a revival of football through fans in stadiums, intercity rivalry, competitive football and most importantly, competing at international facilities on their home turf," Maheen Hussain, the marketing and communications director of the GSV, told DW.

"Pakistan's football potential is huge," Sawera Pasha, a football analyst, told DW. "The irony is that the game is being headed by the PFF, a controversial group which isn't even recognized by FIFA and has led us to many embarrassments," said Pasha.

In April, FIFA banned the PFF due to "undue third-party interference."

"The Bureau [of the FIFA Council] took this decision as a result of the fact that the PFF offices and its accounts remain in control of a court-appointed administrator, which constitutes a violation of the PFF obligations to manage its affairs independently and without influence from any third parties in accordance with the FIFA statutes," the football governing body said in a statement.

The suspension means that Pakistan's national and club teams are not eligible to take part in international competitions.

It remains to be seen whether the new competition planned by Global Soccer Ventures will receive international recognition.

Will the PFL be sustainable?

The PFF saw several controversies and was suspended by FIFA in April for third-party interference. Analysts believe that if a league happens to successfully launch in Pakistan, with big names like Michael Owen involved, it could kickstart Pakistan's journey to football success. 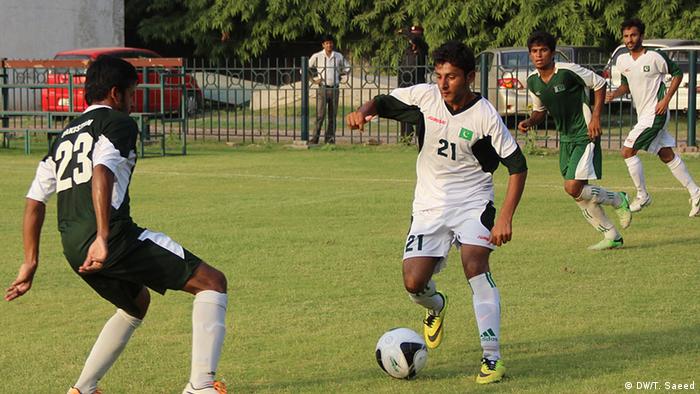 Karachi-based sports reporter Faizan Lakhani, however, linked the revival of soccer activities in Pakistan with the lifting of a FIFA suspension.

"Any football league or tournament will be considered a step towards the revival of football activities. But it won't help us unless the FIFA suspension is removed, because Pakistan will continue to miss tournaments due to the suspension," said Lakhani.

But Zabe Khan, CEO of GSV, says he is "hopeful that the international gateway will open to the Pakistani market."

"FIFA authorities will see for themselves that Pakistan is ready to perform in the sport," Khan said in a statement.

Cricket, the most popular sport in Pakistan, has recently been hit by international teams canceling tours to Pakistan, which has hit efforts to revive Pakistan's cricket teams on the world stage. It has also made it difficult to attract new sponsors and funding.

There is little likelihood that players will have their statistics recognized by FIFA or the AFC, nor is there a chance that the team that wins this league will be allowed to play the qualifying rounds of the continental club competition.

"It remains to be seen whether FIFA or UEFA will take action against any English Premier League sides that enter into any agreements with this Pakistani league," Osama Malik, a legal expert, told DW.

"A few years won't be cheap, but if this league manages to keep its prime focus on growing talent and grassroots development, then it can be fruitful," said Pasha.

Lack of infrastructure to develop talent

Pakistan is not a football-loving nation and lacks basic infrastructure and facilities to play the game. Finding talent is another challenge for the future of the sport in the country.

A GSV statement says the company is "investing and creating a new sports economy in Pakistan worth $60 million (€52 million) over the next five years." According to the company, Pakistani President Arif Alvi has also promised to help out the venture.

But analyst Pasha say the football in Pakistan needs a complete overhaul from the very basic level all the way to the top.

"Pakistan does lack facilities that meet international standards, but a consistent inflow of funds can make this happen," said Pasha.

However, "it can't be termed revival if we remain banned," said Lakhani. "It remains to be seen how sustainable the franchise model would be in football, even Pakistan Super League (PSL) cricket franchises are struggling to break even," he said, adding that he is unsure whether the franchise model will be financially profitable.

"The PFL will be organized annually and will include domestic leagues promoting talent into the PFL. The league is designed for local players to become fit for the game by directly registering," said Hussain.

"Pakistan doesn't lack talent. What it lacks is a basic system to convert potential talent into world class talent. Pakistan has had talent which is as good as anywhere else, but a lack of limelight and commercial success and an unstable income stream have led many to leave the game high and dry in pursuit of making money for their families," said Pasha.

"There have been many sad stories of great football players from Pakistan. This land has the talent but not the luck. An effort to jumpstart the football scene in Pakistan on a mass scale would require trust, honesty, and loyalty from the ones sitting in the offices, and a crystal-clear partnership between the leagues and the government," she added.

Any infrastructure development in the country is dependent on the government's support. Some FIFA projects were allocated to Pakistan, but only one in Lahore could be completed.

"The government will have to offer money if it is serious about the development of football or any other sport in the country," said Lakhani.