Pakistan says it has started building a fence along the Afghan border to stop militants from crossing over. Experts say that deep cultural ties between Afghan and Pakistani Pashtuns will render the move ineffective. 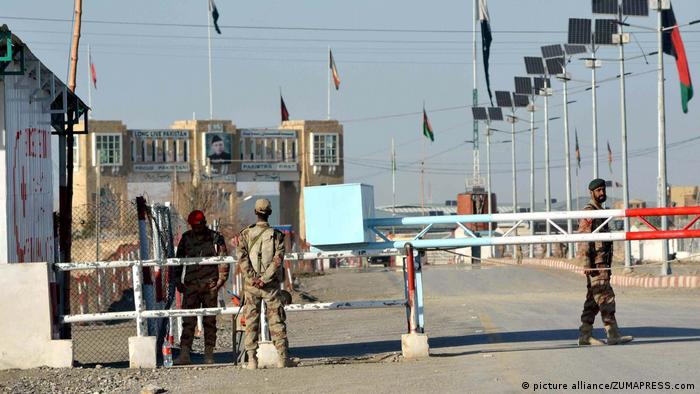 Pakistan has temporarily reopened its border with Afghanistan allowing thousands of stranded people to return home. But trade between the two nations has yet to resume and businesses are losing millions each day. (07.03.2017)

The Pakistani government has proposed a merger between the lawless Federally Administered Tribal Areas (FATA) and Khyber Pakhtunkhwa province in an attempt to rein in insurgency. But can the move be implemented? (23.03.2017)

Why Pakistan associates terrorism with Pashtuns and Afghans

Pakistani officials have begun a "racial profiling" of the Pashtun people in the wake of a surge in terror attacks. In a DW interview, activist and researcher Saba Gul Khattak says the move is counterproductive. (20.03.2017)

Amid worsening ties with Afghanistan, Pakistan announced Saturday it had started building a fence along the volatile Afghan-Pakistani border. Islamabad said the move is aimed at restricting the movement of Islamist militants that cross over the porous border and launch attacks on Pakistani soil.

Pakistan's army chief, General Qamar Bajwa, visited the northwestern tribal region on Saturday and announced the construction of fencing in "high threat zones." He said the new border measure would be in the interest of both countries.

The move, however, is extremely controversial in Afghanistan and among the Pashtu-speaking people who live on both sides of the border.

Every day, thousands of Afghans and Pakistanis cross the Durand Line - the 2,430-kilometer (1,510 miles) boundary established by the British during their colonial rule. The Afghan government does not recognize the Durand Line as the official border between Afghanistan and Pakistan, nor do many Pashtuns who share historical, cultural and family ties.

Despite the sensitivity of the issue, Islamabad has already put in place a number of strict border restrictions. On March 7, it temporarily opened its border crossings with Afghanistan - Torkham and Chaman - which it had closed last month after a wave of militant attacks in the country killed dozens of civilians. 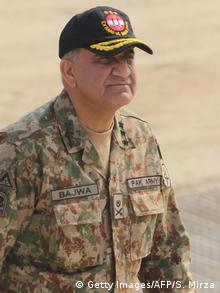 Pakistani army chied, Qamar Bajwa, said the border fencing would be useful for both Afghanistan and Pakistan

Najib Danish, the deputy spokesman for the Afghan Interior Ministry, said Kabul was unaware of the construction of border fencing. Afghanistan would move to prevent any such project, he added.

"Building fences or any construction is not acceptable for us and we won't allow anyone to do it," he told The Associated Press.

Experts say the relations between the Afghan and Pakistani Pashtuns are so deep that any border control mechanism has a very limited chance of success. Also, thousands of people across the border are tied up with transportation, hotel business, logistics and different services that thrive on the cross-border movement.

"I don't know what to do now. I possessed Pakistan's identification card but the authorities have refused to renew it. Technically, I am a stateless person now," said Khaista Gul of the Momand tribe, who lives between Afghanistan and Pakistan's Federally Administered Tribal Areas (FATA). Gul runs a family business in the Pakistani city of Peshawar.

Apart from the border control measures, cross-border shelling by Pakistani security forces has also restricted the tribal movement across the Durand line.

Juma Khan, a resident of Afghanistan's eastern Kunar province along the border, says the constant bombing by Pakistan's border forces must stop. "Things were different in the past; we could freely move from one side of the border to other. Now we have to be careful," Khan told DW. 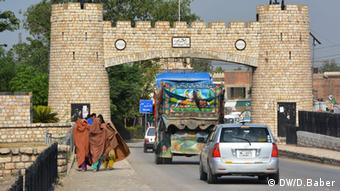 The movement across the Afghan-Pakistani border also generates revenue for both Afghanistan and Pakistan. The two countries exchange goods and services worth some 2.7 billion euros ($3 billion) annually across the Durand Line. Despite the illegal trade and smuggling, the two countries benefit a great deal from the cross-border movement.

Suleman Layeq, a renowned Pashto poet, says that even if the aim of the border restrictions is to curb the movement of terrorists, they would only create problems for the ordinary tribesmen while the terrorists would move freely.

The 85-year-old poet believes that no border or fencing can divide Afghan and Pakistani Pashtuns.

"It is not up to the governments to decide whether the Pashtuns follow the rules or not. Only the people living in the area have the right to decide," Layeq told DW.

Pakistan's move to fence the crossings is purportedly aimed at stopping militants from Afghanistan from entering the country. Experts, however, say the measure is futile because militants don't necessarily have to use the official crossings. Instead, militants with sanctuaries on either side of the border often use one of many other unofficial crossings along the frontier. 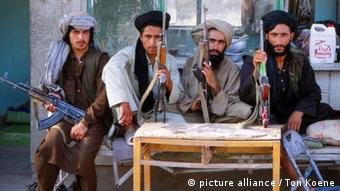 "There are over 20 unofficial crossings along the Afghan-Pakistani border which militants use to move between the two countries," Wahid Muzhdah, a Kabul-based analyst on the Taliban and a former member of the group, told DW.

Both Kabul and Islamabad accuse each other of providing sanctuaries to militant groups which carry out terrorist attacks on each other's side of the border. And Pakistani and Afghan officials customarily deny the allegations leveled by the other side.

Islamabad is increasingly worried about India's influence in Afghanistan. Former Afghan diplomat Ahmad Saidi argues Pakistan is trying to put pressure on Afghanistan to achieve its long-term goals such as persuading Kabul to distance itself from New Delhi.