The Pakistani government has summoned US ambassador David Hale to the nation's foreign office after US President Trump said the state was protecting terrorists. In a tweet, Trump accused Islamabad of "lies & deceit." 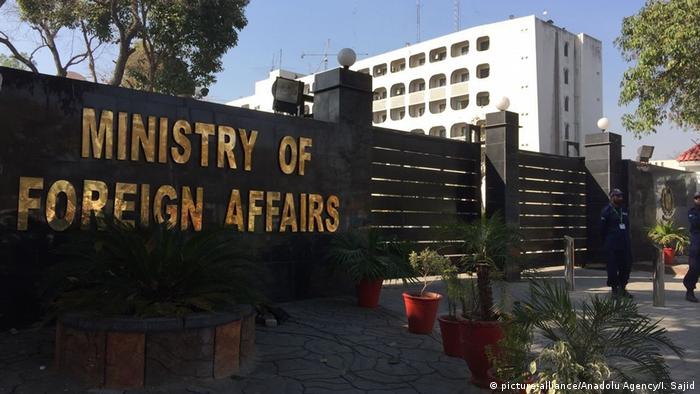 Islamabad called on the US envoy to Pakistan David Hale to explain US President Donald Trump's claims that Pakistan was harboring and aiding jihadists from neighboring Afghanistan.

Hale was summoned to Pakistan's foreign office on Monday, hours after the US president used his first tweet in 2018 to slam Pakistan for "lies & deceit." Trump also hinted at cutting or limiting US aid to Pakistan.

"The United States has foolishly given Pakistan more than 33 billion dollars (€29 billion) in aid over the last 15 years, and they have given us nothing but lies & deceit, thinking of our leaders as fools," Trump wrote on Twitter. "They give safe haven to the terrorists we hunt in Afghanistan, with little help. No more!"

The US embassy to Pakistan confirmed that the meet took place but refused to provide details on the conversation.

"We don't have any comment on the substance of the meeting," a spokesman said.

Pakistan Prime Minister Shahif Khaqan Abbasi is due to host a cabinet meeting that would focus on Trump's accusations on Tuesday, while country's top security officials would consider US ties on the next day.

US trapped in a 'dead-end street'

"He has tweeted against us and Iran for his domestic consumption," Asif told Geo TV on Monday.

"He is, again and again, displacing his frustrations on Pakistan over failures in Afghanistan as they are trapped in dead-end street in Afghanistan."

The US and Afghanistan have repeatedly accused Pakistan of links with Haqqani militants. The militant network is allied with the Afghan Taliban and conducts cross-border attacks.

Some observers claim Pakistan power structures try to use the jihadis against their regional rival, India.

Taliban officials released images of Sirajuddin Haqqani for the first time as he made a rare public appearance in Kabul. Haqqani has long been wanted by the US over a string of terror attacks.