Islamabad has declared talks with India "would not serve any purpose" after New Delhi said it wanted to restrict discussions to terrorism. The latest events signal a potential cancelling of scheduled peace negotiations. 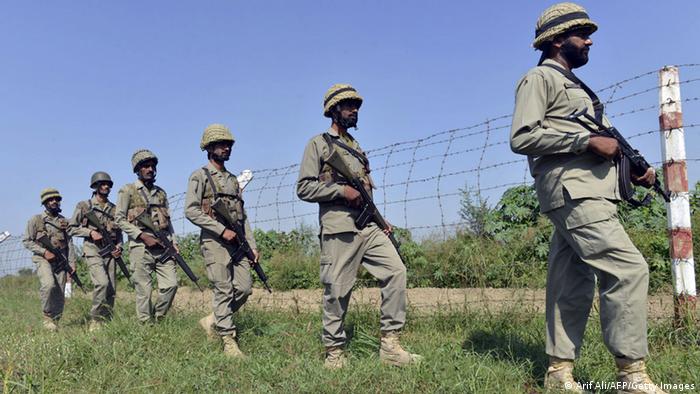 Pakistan said on Saturday it was unwilling to accept India's "preconditions" for high-level talks between the two countries' National Security Advisors (NSAs). which had been scheduled for Sunday.

"We have come to the conclusion that the proposed NSA level talks between the two countries would not serve any purpose," Pakistan's foreign ministry said in a statement.

"It is not reasonable for India to now assume the right to decide unilaterally that from now onwards, other issues will be discussed after terrorism has been discussed and eliminated," the ministry argued.

Pakistan's NSA Sartaj Aziz blamed the Indian media for creating a controversy out of nothing and said he was "still prepared to go to New Delhi for NSA talks without any preconditions."

Swaraj asked Pakistan to decide by midnight (18:30 UTC Saturday) whether it wanted to participate in a meeting where the agenda would be restricted to discussions of "terror, terror and terror only." She said India was not setting preconditions for talks but only insisting on what was agreed to when Indian Prime Minister Narendra Modi met his Pakistani counterpart Nawaz Sharif in the Russian city Ufa in July.

The discussion had been perceived as a thaw in relations after New Delhi India cancelled talks with its neighbor in 2014.

Pakistan separated from India in 1947 after the end of British colonial rule. The two nuclear powers have fought three wars over Kashmir since then.

Indian Prime Minister Narendra Modi has accepted an invitation to make his first official visit to rival Pakistan next year. He and his counterpart Nawaz Sharif announced the move at the BRICS summit in Russia. (10.07.2015)

A recent Bollywood movie starring Salman Khan emphasizes the need for good relations between the South Asian neighbors. The face of cinema is changing, but can it pave the way for a lasting Indo-Pakistani friendship? (13.08.2015)