Pakistan's lower legislative chamber has been dissolved after a vote of no confidence in Prime Minister Imran Khan was blocked. The country will hold fresh elections in 90 days unless the Supreme Court rules otherwise. 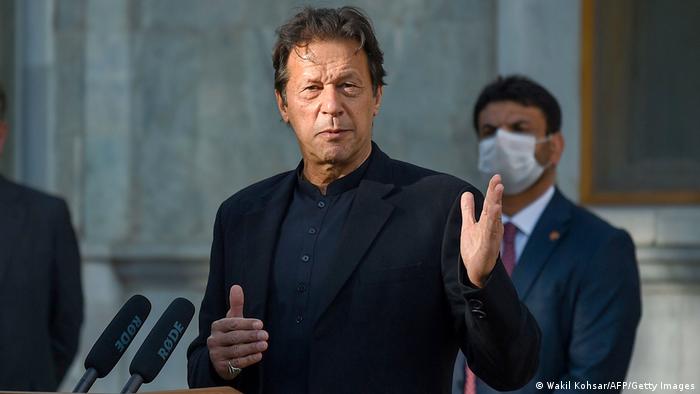 Pakistan's president on Sunday dissolved the country's National Assembly after Prime Minister Imran Khan avoided efforts to oust him when a no-confidence motion was rejected by the legislative body's deputy speaker.

"The president of Pakistan, Dr. Arif Alvi, has approved the advice of the prime minister to dissolve the National Assembly," a statement from Alvi's office said.

The move means fresh elections must be held within 90 days.

Pakistan's opposition decried the events, saying it was all a violation of Pakistan's constitution. "Imran Khan has pushed the country into anarchy," said Shehbaz Sharif, the leader of the opposition in the dissolved national assembly.

Elected in 2018, Khan had enjoyed wide popular support, but critics have accused him of failing to deliver on promises to revitalize the economy and improve the conditions for the poor.

Pakistan currently faces high inflation, crippling debt and a weak rupee. The opposition had mounted against Khan in the recent weeks, culminating in the push to hold a no-confidence vote in Parliament.

Khan was widely expected to be ousted as premier if the no-confidence vote had taken place.

Lawmakers had gathered to vote on the motion when the deputy speaker of Pakistan's National Assembly, Qasim Suri, blocked the vote, arguing that the vote contradicted Pakistan's constitution.

"I rule out this no-confidence motion in accordance with the constitution," said Suri, a Khan loyalist, as the session started.

Khan reacted to the events just minutes after, saying he had advised the president to dissolve assemblies. "When the advice reaches the president, assemblies will be dissolved, which will be followed by the process of setting up a caretaker government," Khan said in a televised speech.

"I ask people to prepare for the next elections. Thank God, a conspiracy to topple the government has failed,'' Khan said in his address.

Bilawal Bhutto Zardari, who heads the opposition Pakistan People's Party (PPP), has promised to fight back with a sit-in at the parliament. "We are also moving to the Supreme Court today," Bhutto Zardari told Pakistani media.

Opposition leaders said that their legal teams were preparing a case and expressed hope that the court would declare the government's decision null and void.

Later Sunday, the Supreme Court said it would hear arguments related to the crisis on Monday.

"This is an urgent matter. The case is fixed for tomorrow. Notices are issued to all political parties and state functionaries," said Chief Justice Umar Ata Bandial.

Khan blames the US

No prime minister in Pakistan has finished a full five-year term since independence from Britain in 1947, and the country has seen several military coups, both successful and unsuccessful. The country has spent more than three decades under army rule. 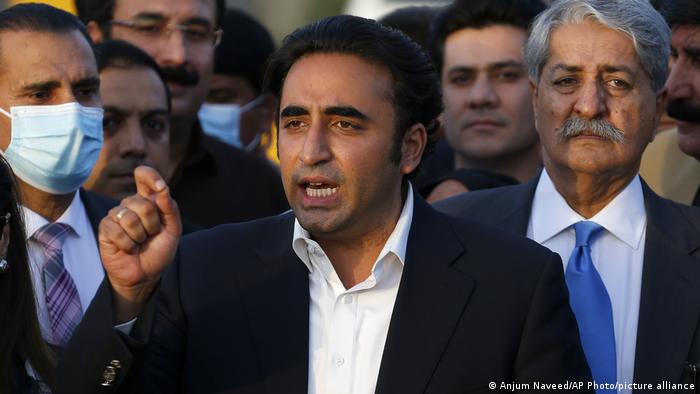 Khan has blamed "foreign" forces for his political troubles at home and accused the opposition of conspiring with the US to get rid of him.

He says Washington wants to oust him over his alliances with China and Russia. Washington has denied Khan's claims.