Officials from Pakistan's military have said the air force has carried out a series of strikes against militant hideouts in regions near the border with Afghanistan. As many as 30 people are reported to have been killed. 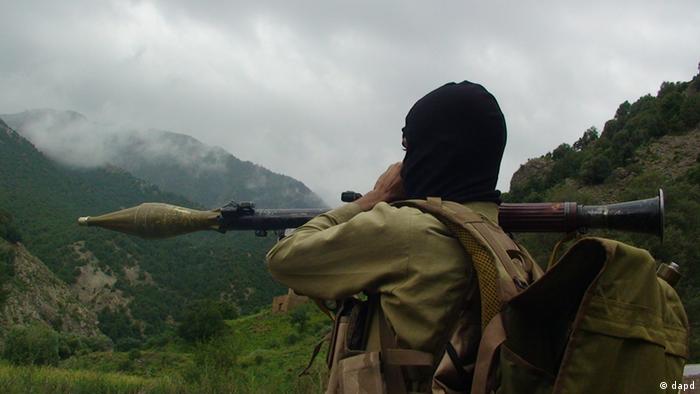 The airstrikes, which were carried out by jets and attack helicopters on Tuesday, took place in North and South Waziristan in the northwest part of the country near its border with Afghanistan. The region is known as a lawless hub for militant activity, and houses domestic and foreign members of militants linked to the al Qaeda terror network. The strikes reportedly targetted militant training centers.

Reports vary, but somewhere between 25 and 30 militants have been killed in the series of strikes, which were the fourth since February 20. Independent verification of the death toll is next to impossible as journalists are barred from working in the region.

Attacks by the Pakistan military against targets associated with the Taliban - which has waged war against Pakistan at the cost of thousands of lives over the past decade - have increased of late due to the breakdown of peace talks earlier this month. Pakistani Prime Minister Nawaz Sharif has publically stated he favors peace over military engagement but faces pressure to retaliate for Taliban violence carried out against citizens of his country.

One condition of the peace talks, which have stalled often, is that the Taliban accept Pakistan's constitution as the law of the land. The Taliban has rejected this demand, calling on Pakistan to embrace a rigid form of Islamic Shariah law.