Pakistan and Iran are accused of exerting influence on the Afghan media | Asia | An in-depth look at news from across the continent | DW | 23.04.2012

Iran and Pakistan are accused of pursuing their own interests in Afghanistan by influencing the media. Hamid Karzai's government has now slammed the practice. 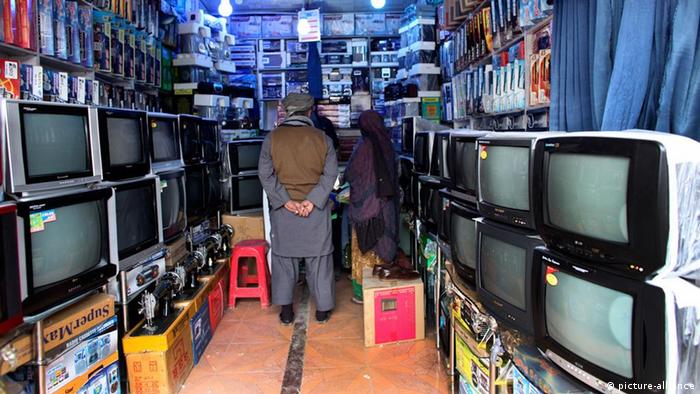 Afghanistan boasts some 170 private radio stations, 60 television channels and 100 newspapers and magazines. But few of them can finance themselves and much of the funding comes from abroad, as was recently revealed by a National Directorate of Security (NDS) report.

At a press conference, NDS spokesman Lutfallah Mashal was unusually concrete in his criticism. "For about a month now, the television channel Tamadon ("Progress") has been broadcasting reports, which supposedly tell the truth about crimes committed by NATO and US soldiers in Kandahar. But the fact is they have been made available to the channel by Iranian sources for propaganda purposes." 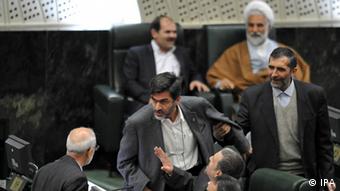 Iran is accused of being behind certain Afghan media organizations

Mashal also accused Noor TV ("Light"), Shamshad, Kabul News, Mashaal TV ("Torch") of interfering in internal issues in Afghanistan and said the daily Ensaf newspaper ("Fairness") was the mouthpiece of a neighboring country, which most Afghans would understand as being Iran. Ensaf is always full of praise for the Iranian regime.

Mashal reproached media organizations for giving information and facts a spin in favor of the Taliban and fanning hatred of foreign troops in Afghanistan. He said Shamshad was employing Pakistanis illegally. "The program director and financial head are from Pakistan. Pakistanis decide on the topics. Our authorities don't really know who they are, whether they have a work permit or a valid visa."

Without naming Iran and Pakistan specifically, Mashal also said that "some of Afghanistan's neighbors" were against a long-term partnership between Kabul and Washington and "some enemies" were thus doing everything possible to turn Afghans against the US. 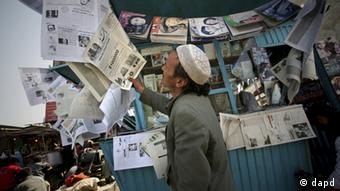 There are dozens of new newspapers in Afghanistan

The accused organizations have rejected the criticism. "Tamadon TV distinguishes, just as Muslim Afghans do, between the interests of foreigners and those of Afghanistan. Only those who, like monkeys, have no sense of reason or logic and only seek their own short-term advantages allow the topics of their programs to be decided by others," a spokesperson said.

Other channels were equally sharp in their rejection of the allegations. Most people in Afghanistan were not surprised by this but they were surprised by the government's open criticism.

Sediqullah Tauhidi from the Kabul-based organization Press Watch called on the government to act quickly: "If the current situation does not change these channels might be used to turn the people of Afghanistan against each other and this could result in a civil war." 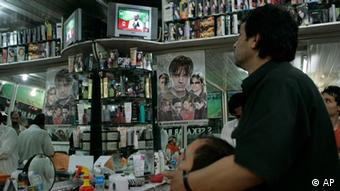 Press freedom has exploded in Afghanistan

Observers, however, do not expect the Afghan government to take any action against the broadcasters in the short term.

Taliban attacks - the start of a spring offensive?

Experts refer to the recent string of Taliban attacks in Afghan province capitals as a new 'quality of terror and force.' Some wonder whether this was the beginning of a spring offensive. (16.04.2012)