Belgian painter Dirk Eelen’s new exhibition 'Syria - As Seen on YouTube' draws inspiration from Internet videos of the conflict. It raises questions about the accuracy of mainstream media coverage. 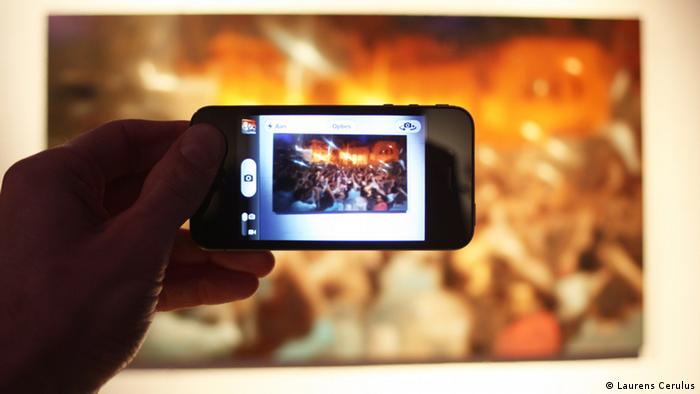 From a scene of street protesters to a painting of an injured boy lying on a black cloth, staring straight into the eyes of the viewer: In his newest collection of paintings, Belgian painter Dirk Eelen documents the way the world has witnessed deterioration of the Syrian conflict.

Eelen's work, "Syria - As Seen on YouTube," depicts those images we have come to associate with the bloody struggle through the lens of footage posted online by Syrian citizen journalists.

Ever since the Syrian uprising against President Bashar Assad started in March 2011, the Belgian artist has been glued to his computer screen, closely following the stream of YouTube clips.

"At first, YouTube was just a way of following the news, of being up close on the events," Eelen said, sitting in the exhibition hall in which the 28 canvasses he painted in the course of the past two years are displayed.

"But the grainy and low quality footage fascinated me. You couldn't always see what was happening, but you could feel the cry for change." 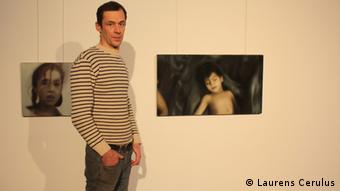 'The initial hope reflected in the videos was an overwhelming emotion.'

Eelen traveled through Syria years ago. "When the Arab Spring broke out, I was intrigued by what would happen in Syria," he said. "The initial hope reflected in those videos was an overwhelming emotion." An early piece shows a crowd shouting on the streets of Damascus.

But as the violence increased, Eelen's paintings became grimmer. Grief and confusion sneaked into his work. "Now the situation just seems hopeless."

Over the past two years, the regime's crackdown became more violent, the number of civilian casualties soared and the conflict slipped into the civil war that rages on today.

And while Eelen continued to put brush to canvas, YouTube and social media became part of the discussion surrounding the conflict.

The video sharing website is now a parallel battleground in an increasingly important propaganda war.

Both sides devote extensive resources to spinning the social media discussion and using YouTube footage to their advantage, regardless of the truth behind what is shown.

Meanwhile, international news anchors all too often stress that footage "could not be verified" and expert organizations such as the UK-based Syrian Observatory for Human Rights and the US-based Syria Tracker have increasing difficulty in checking facts. 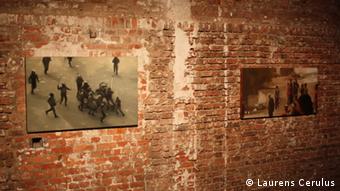 "This war isn't crisp and clear," said Rudi Vranckx, who covers the Syrian conflict for Belgian public broadcaster VRT. In January 2012, he was reporting from Homs alongside France 2's journalist Gilles Jacquier, when pro-government forces launched a grenade attack against the press corps that killed eight people including Jacquier.

"Every war has its lies. But the Syrian conflict is the worst I have ever witnessed," Vranckx said. "Propaganda has become such a big part of this war. It is obscene."

People outside of Syria "started doubting the honesty of YouTube and social media, precisely because of the propaganda war. But the likes of YouTube are still the fuel for this revolution," he said.

The propaganda war has increasingly diverted attention from the casualties and refugees affected by the conflict.

"In Syria, people react very emotionally when confronted with this propaganda story," said Koert Debeuf, who represents the European Parliament group Alliance of Liberals and Democrats for Europe (ALDE) in the Arab world. He has visited Syria several times since the revolution broke out.

"Assad's propaganda campaign has achieved exactly what it aimed for: spreading doubt among a large part of the world's population. This has immobilized the international community."

In the past few months, the Syrian conflict has had difficulties competing for international attention. A sense of fatigue is looming.

"I fear people skip the Syria coverage in newspapers, or change the channel when images are broadcasted," Debeuf said. "More than ever, we need to get the right perspective on what is going on in the country. And we shouldn't be distracted by the propaganda war or the complexity of the ongoing struggle."

Having spent two years watching the YouTube footage, Eelen has difficulties understanding the decline in interest. "It never stopped shocking me, and I have seen images that stick with me. It startles me that people's attention is fading."

"There are so many videos coming out of Syria; it is overwhelming," he said. "And maybe it is not a bad thing the paintings capture only some of the strongest images in them."

What remains on canvas is the human devastation ever more at the core of this conflict.

The exhibition takes place at The Egg art centre in Brussels on February 9-10, 2013.

'Syria could be a second Somalia'

Israeli Deputy Foreign Minister Daniel Ayalon warns of increasing Islamist forces in Syria, in an interview with DW. He also believes the new Israeli goverment will try to bring the Palestinians to the table. (07.02.2013)

Nested high on Jebel Akrad’s mountain range, the town of Salma used to be known for its spectacular view. Syrians from the coast, many of them Alawites, came to this Sunni retreat for fresh air in the summertime. (06.02.2013)

Nobel Peace Prize Winner Martti Ahtisaari blames the lack of progress in Syria on the divided UN Security Council. He tells DW that he sees elections - not an interim government - as the best option. (05.02.2013)