According to Oxfam, the world's richest 62 people now own the same as the poorest half of world's population. The aid group also found that the majority of low-paid workers around the world are women. 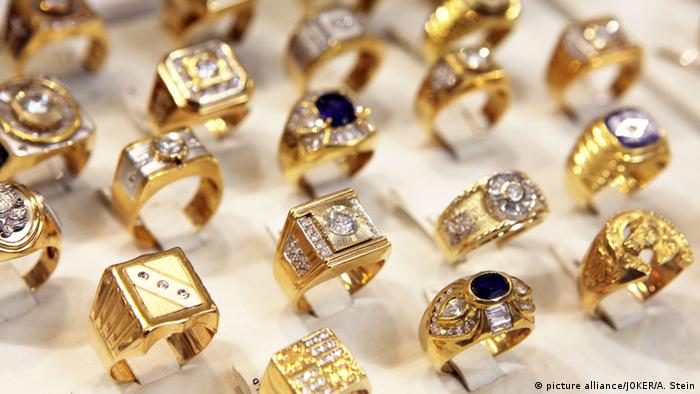 The report, titled "An Economy for the 1 percent," was released on Monday, on the eve of the World Economic Forum (WEF) in Davos, Switzerland, where more than 40 heads of state and government are expected to attend.

"Runaway inequality has created a world where 62 people own as much wealth as the poorest half of the world's population - a figure that has fallen from 388 just five years ago," the anti-poverty agency said.

Oxfam: 62 richest own half world's wealth

The findings backed Oxfam's prediction - made ahead of the 2015 Davos meeting - that the richest 1 percent would soon own more than the poorest half of the world's population.

"It is simply unacceptable that the poorest half of the world's population owns no more than a few dozen super-rich people who could fit onto one bus," Oxfam International Executive Director Winnie Byanima said.

Despite efforts by world leaders to tackle inequality, "the gap between the richest and the rest has widened dramatically in the past 12 months," Oxfam reported.

End to the tax havens 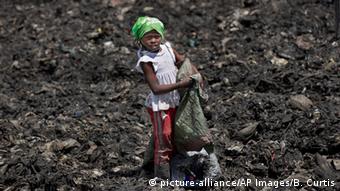 Oxfam found that the wealth of the world's poorest 3.5 billion people has fallen by 41 percent since 2010.

In response to the rising inequality between rich and poor, Oxfam is demanding an end to tax havens. "This has denied governments valuable resources needed to tackle poverty and inequality," the aid organization report said.

According to Oxfam, an estimated 30 percent of all African financial wealth is believed to be held offshore, costing an estimated $14 billion (12.8 billion euros) in lost tax revenues every year.

Oxfam added that attaining the proper level of taxes will be "vital" if world leaders are to meet last September's goal of eliminating extreme poverty by 2030.

The report also found that the majority of low-paid workers around the world are women. Even at the highest levels, Oxfam found the women are ill-represented, with just nine females among the richest 62 people.

Like every year, Oxfam's study was accompanied by critical voices claiming that the underlying methodology was "severely flawed." Germany's daily "Süddeutsche Zeitung" echoed the opinion of many economists saying Oxfam based its findings on two reports with widely differing approaches, notably the annual Forbes list of the world's richest individuals and Credit Suisse's annual wealth report.

The newspaper mentioned that Forbes was only able to roughly estimate the wealth of the richest people as the latter were reluctant to reveal it, leading to imprecise total figures. Credit Suisse for its part deemed, say, a German home owner poor when he or she still had a loan to pay back. Various extrapolations made by Oxfam wouldn't produce any really scientific results, the paper argued.

While these critics highlighted problems with the report, Oxfam noted in response that they did not call into question the report's core statement: the world is experiencing an ever-widening wealth gap.

The group of G20 leading economies has endorsed an action plan to prevent tax dodging by international corporations. At their summit in Antalya, Turkey, policy makers also remained committed to stimulating growth. (16.11.2015)

Business experts from Africa and the rest of the world meet in Cape Town to debate past progress and future prospects for the continent's economies. The forum precedes a conference next month in Addis Ababa. (02.06.2015)

European Union leaders have agreed on a 1.8-billion-euro "trust fund" for Africa, aimed at tackling the main causes of mass-migration. Brussels hopes the amount can be doubled with contributions from member states. (12.11.2015)