The group of G20 leading economies has endorsed an action plan to prevent tax dodging by international corporations. At their summit in Antalya, Turkey, policy makers also remained committed to stimulating growth. 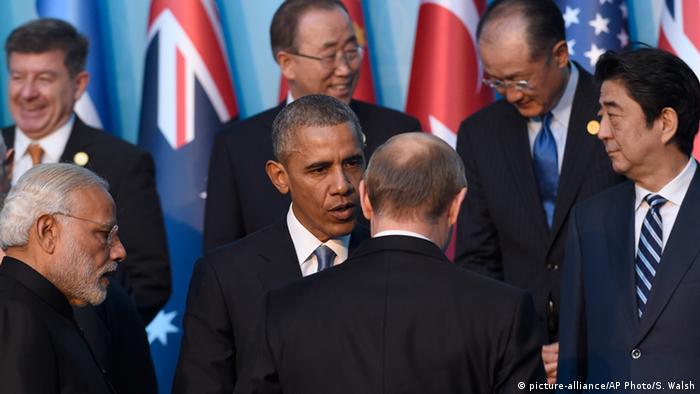 G20 leaders on Monday said they fully supported a plan by the group's finance ministers aimed at ensuring that internationally operating companies paid taxes in the countries where they carried out their economic activities rather than shifting their profits into tax havens.

"We endorse the package of measures," the leaders said in a joint statement during their summit in Turkey as awareness had risen that member states lost an estimated $100 billion to $240 billion (93 billion euros to 223 billion euros) a year in tax revenue through corporate practices known as Base Erosion and Profit Shifting (BEPS).

G20 officials said speedy implementation of the plan by all members was crucial so as to prevent some being or staying at a competitive disadvantage.

Advocacy groups such as Oxfam and Transparency International argued the measures didn't go far enough as key economic data would not be made public and developing nations were not being given enough access to the information.

The European Union has already taken steps to tackle tax avoidance within the 28-member bloc. It has reached separate deals on the automatic exchange of information with non-members Switzerland, Liechtenstein, Andorra and San Marino, while negotiations with Monaco are still underway.

Meeting in Antalya, G20 leaders also reiterated their commitment to lift their collective output by an additional 2.0 percent by 2018 despite rising global risks, including terrorist threats.

"Our top priority is timely and effective implementation of our growth strategies that include measures to support demand and structural reforms," the said in a statement Monday.