Opinion: World Refugee Day as ritual — and a call to action

There are nearly 80 million refugees in the world today. The doubling of that figure over the past decade is the tragic result of flagrant political failure and a call to action, writes DW's Matthias von Hein. 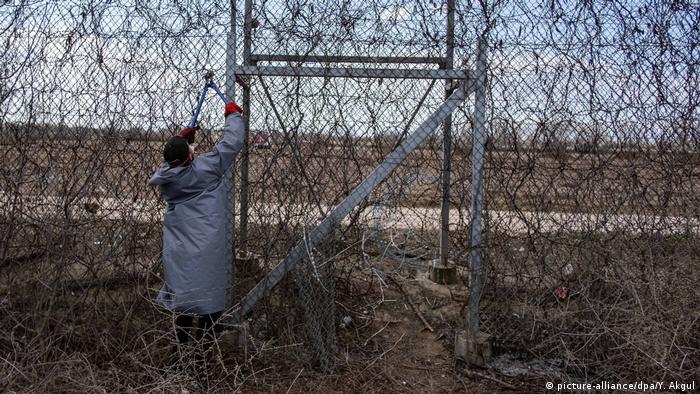 Nearly 80 million people — about 1% of the global population — have had to drop everything, gather their necessities and flee from persecution, violence and war, famine, impoverishment, and other violations of the most fundamental rights. Half of them are children.

The UN Refugee Agency (UNHCR) published these sobering numbers to mark World Refugee Day on Saturday. There are nearly 10 million more refugees now than there were last year — the highest number ever recorded. These cold numbers not only offer a sad reflection of human tragedy; they also reveal political failure on a global scale.

The global arms trade is growing and fueling conflict around the world. Wealth inequality is forcing millions into poverty, destroying their very livelihoods. Climate change and its attendant rising temperatures continue, even as world leaders focus on the coronavirus pandemic for now, and eventually will force millions more to flee.

Sanctions make an already miserable situation worse. They may be directed at the elite, but they hit society as a whole. According to the UNHCR report, most of the people fleeing are from Syria and Venezuela. Both countries are struggling under the heavy yoke of international sanctions. On Wednesday, the United States announced yet another tightening of its sanctions on Syria. Prices for food shot up significantly before the sanctions were officially announced. Now, starvation has begun to spread across swaths of land where the fighting has finished.

One detail pointed out by UN High Commissioner for Refugees Filippo Grandi might offer a partial explanation for the increase: The number of displaced people who return home has been steadily dropping for the past several years. It is estimated that roughly 1.5 million refugees returned to their home countries each year in the 1990s; now, fewer than 400,000 do so annually.

Read more: In Rohingya refugee camps, coronavirus is under control, for now

This is the 20th year that the UNHCR has released its report in recognition of World Refugee Day. The event feels like a ritual of sorts. It gives the United Nations a chance to shine a focus on the people in the most desperate need of immediate assistance.

The coronavirus pandemic was a time of introspection for many in Europe and the United States. People followed the latest developments closely, watching infection curves and discussing compulsory masks and social distancing. Enormous aid packages were put together to jumpstart industrialized economies, showing just what effective policymaking can produce. Why not do the same for refugees, who have incidentally been especially hard hit by the pandemic?

The UNHCR report also shows that Germany has taken in 1.1 million people, which puts it at No. 5 globally. Still, the fact that the nationalist Alternative for Germany is now an opposition party in the Bundestag also shows that refugees have become political targets in the countries they arrive in: how deep domestic demagogues are willing to dig their trenches.

Ever fewer refugees are arriving in Germany: In May, the number of asylum applications filed fell to 3,777. There were only 50,000 in the first five months of 2020. That has a lot to do with border closings within the European Union during the coronavirus pandemic. Much more than that, however, it is a result of ever-higher walls along the edges of fortress Europe. As a consequence, the Mediterranean Sea has been transformed into a grisly moat that makes a mockery of Sunday sermons that espouse European values.

Another thing made clear in the report is that half of the people who have been uprooted are refugees within their own nations. Of those who leave, about three-quarters remain in a neighboring country. Turkey and Colombia are, respectively, Nos. 1 and 2 worldwide for taking in refugees. One must acknowledge that humanitarian service, even if Turkey's government misuses refugees as leverage in its dealings with the European Union.

The EU can and must do much more to get help to displaced people — even those who have not reached the bloc. The UNHCR report states that 80% of refugees are living in regions with critical food security issues.

We must endeavor to give displaced people the most important thing of all: long-term prospects. That would be expensive, but it would be well worth the investment.

Opinion: Joe Biden's Cabinet picks — cause for optimism 7h ago

Opinion: When will India give women the right to bleed? 7h ago