Opinion: West should not intervene in Syria

Western military intervention in Syria would trigger a dangerous conflagration in the entire Middle Eastern region, according to Ibrahim Mohamad of DW's Arabic Service.

Following the alleged chemical weapons attacks that have caused hundreds of deaths in the Syrian capital, Damascus, pressure is mounting on the US government to send its military into Syria. 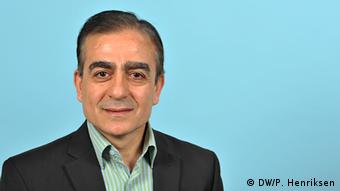 But the loudest calls for intervention are coming not from US politicians but from British, French, Turkish and Arab policymakers. UK Foreign Secretary William Hague went so far as to say that a military intervention in Syria would not require a UN mandate. But it is, above all, Saudi Arabia, Qatar and Turkey that are trying to pull the US into the Syrian conflict.

Until now, the US has opposed military intervention. That position stems from the country's discomfort with radical Islamist forces in the Syrian opposition. The US State Department has classified the Nusra Front, which is close to al Qaeda and is one of the strongest rebel groups fighting in Syria, as a terrorist organization.

First of all, Washington doesn't believe any progress would be achieved by replacing the leadership in Damascus with unpredictable radical groups. Second, there is also some concern about encountering circumstances similar to those in Iraq, where the US intervention in 2003 led to chaos that claimed thousands of lives. And third, a military intervention in Syria would trigger a conflagration throughout the Middle East.

The use of chemical weapons will not stand

The international community cannot passively stand by and allow the use of chemical weapons. It needs to investigate this horrific crime and bring the offenders to justice. That means, first of all, supporting independent UN inspectors who are currently investigating the incident.

But Western politicians, such as UK Foreign Secretary Hague, are currently doing just the opposite by anticipating the results of the ongoing investigation. Instead, an independent and credible investigation should take place in close Western coordination with Russia, China and Iran.

This week, US and Russian diplomats were scheduled to meet to discuss the planned Syrian peace conference in mid-October. But the meeting was postponed following the poison gas attack. The peace efforts must continue despite the escalation in Syria - the longer the horror continues, the less likely a political solution can be reached.

No matter how difficult it is to negotiate with Syrian leaders and to convince the various opposition groups of a political solution, the US and its Western allies should not be drawn into a war. Military intervention is absolutely no way to solve this conflict but would only make it more complicated and cost hundreds of thousands of lives. Instead, intensive diplomatic efforts to find a political solution to the Syrian crisis must continue.

In that context, one can only agree with Ruprecht Polenz, the head of the foreign committee in the Bundestag, the German lower house of parliament, when he warned that the Syrian conflict could evolve into a regional crisis.

The conflict in Syria is much more complicated and difficult than the conflicts in Iraq and Libya. Syria's ethnic and religious diversity extends to all neighboring countries, including Saudi Arabia and other oil-rich Gulf states. A military intervention in Syria can quickly spread there, given that Iran and Hezbollah would also join the conflict.

The situation in Syria is going from bad to worse. Now the very real threat of US military intervention in response to the alleged chemical attack is hanging over the country. Read DW's coverage of the conflict in Syria. (27.08.2013)

Pro: No alternative to military action

Rationale for military action against Assad

Despite public opposition to a military strike against the Syrian regime, it would be wrong to ignore the apparent chemical attack against civilians, says a US Middle East expert. But regime change is not an option. (27.08.2013)