Opinion: US Embassy Opening in Berlin Marks New Beginning | Germany | News and in-depth reporting from Berlin and beyond | DW | 04.07.2008

The new US embassy opens in Berlin Friday with a festive ceremony and George Bush, senior, one of the fathers of German reunification. DW's Uta Thofern says the occasion merits a positive look back at US-German ties.

In an event laden with symbolism, US Ambassador William Timken will on Friday, July 4, open the new American embassy on Pariser Platz, next to the Brandenburg Gate, and right in the heart of Berlin's historic center. For many Americans, it marks the fulfilment of a dream -- a dream of peace and freedom in Europe and a goal the US has worked towards for almost a century.

The First World War marked the beginning of America's involvement in Europe, the virtual end of the doctrine of non-intervention and the complete separation of the "new" world from the "old." The first big catastrophe of the 20th century was also the beginning of political globalization.

It's been 90 years since American President Woodrow Wilson laid down the fundament for the League of Nations with his 14-point peace plan for Europe, realizing that only an internationally agreed cooperation could hold the chance of permanently ending conflicts. 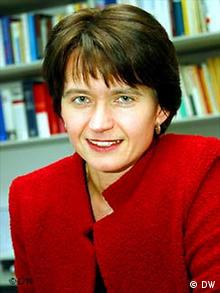 It's an American tragedy that the League of Nations failed -- not least because the US did not participate in it and that, of all countries, it was the US that in the following decades violated the principles of self-determination of nations and intervention with an international mandate.

A mixture of missionary "goodwill," born out of America's own historic experience, and an absolute right to be independent has too often resulted in defiant actions and risky go-it-alone decisions -- the Iraq war is the most dramatic example.

But that doesn't change the fact that the US decisively influenced the history of Europe in the 20th century and indeed overwhelmingly positively. Neither the Holocaust nor the Stalinist dictatorships in Eastern European countries, which were not allowed to belong to a free Europe for a long time, would have ended had it not been for the US.

German reunification -- the trigger for the continuation of European unity -- took place largely thanks to American post-war policies and, in the end, to the unambiguous stance of George Bush, senior.

Of course, you can always find something to complain about -- reunited Germany still has economic and social problems, the new EU member states still suffer partly from deep economic burdens rooted in the past and don't behave the way "old Europe" would like them to.

And you could argue that the European Union, given the lack of approval among its citizens, is currently in a state of free fall. It's all true and yet possible to solve peacefully within the existing framework of rules and alliances. A look back at the battlefields of the last century, the two-time destruction of large swathes of Europe and the decades-long suppression of many European nations puts the difficulties of the present into perspective.

It's largely due to the US and its military involvement that Europe is today, without a doubt, able to solve conflicts diplomatically and peacefully.

Center of Europe, in the heart of Berlin

Germany profited the most from America's involvement. From the Marshall Plan, the economic rebuilding of West Germany, the Berlin Air Lift to the decades-long presence of American troops to protect against Soviet aggression and the complete support of German reunification -- the US never let the Germans down because Germany was for them the key to peace and freedom in Europe.

Seen in this context, the opening of the new American Embassy brings things full circle. And this is not about a return but a new beginning. When the historic building on the Pariser Platz square was occupied in 1939, the US had already pulled its ambassador out of Nazi Germany.

William Timken will be the first American representative to take office in the heart of Berlin next to the Brandenburg Gate. The coming years should show whether a new beginning is possible in German-US and indeed in trans-Atlantic relations.

As successor to Gerhard Schroeder, German Chancellor Angela Merkel turned a new page in German-US relations, healing the rift that opened over the Iraq war and yet remaining critical. It's possible she could once again work and cooperate much closely together with President George Bush's predecessor.

The US has always felt responsible for freedom. The country is mature enough to share this responsibility with those who know the value of freedom.

Uta Thofern is the editor-in-chief of DW-WORLD.DE. (sp)

Oft-Criticized US Embassy Prepares to Open on July 4

China's may have the better view, and Finland's the better architecture, but America's is the biggest. DW-WORLD.DE sent Jefferson Chase to check out the much-maligned new US embassy in Berlin. (03.07.2008)

Removal of the scaffolding from the US embassy construction site in Berlin has triggered fresh debate about this symbol of Washington's power on the site of the former Berlin Wall. (11.05.2008)

Europeans think the next US president will be better. They hope a Democrat in the White House will reinvigorate trans-Atlantic ties. But the candidates aren't necessarily much more in tune with Europe. (24.02.2008)