Anti-racism protests and the removal of colonial-era statues are signs of dealing with historical injustices. Africa must decide whether to retain names of colonial times or scrap them, writes DW’s Chrispin Mwakideu. 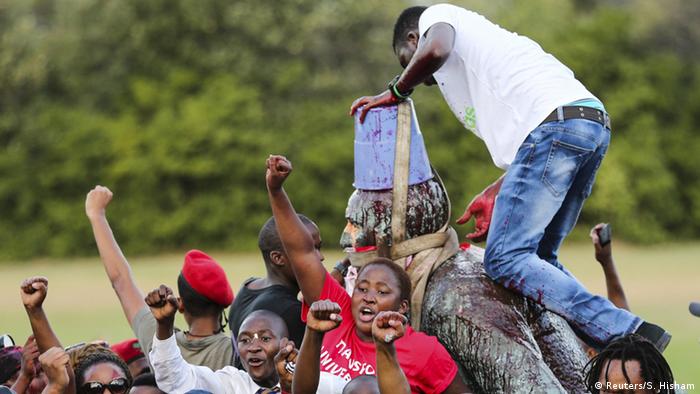 On July 20, 1969, Neil Armstrong became the first human to step on the moon. Armstrong would later utter the now famous quote: "That's one small step for a man, one giant leap for mankind." The American astronaut and his compatriot Buzz Aldrin then firmly placed an American flag on the moon.

The flag, visible to this day, was not only a symbol of pride for the US but also of conquest.

By that date in 1969, many African countries had unshackled themselves from colonial rule. But more than five decades later, the African continent is still peppered with colonial relics.

African countries still have landmarks, streets, health and educational institutions and, in some cases, even military barracks named after colonial governments.

Though all African countries can now proudly claim to be independent with their flags hoisted up, the "colonial flags" remain firmly rooted in the continent albeit not as visible as before.

How else can one explain why Africa's largest freshwater lake is still named after the British monarch Queen Victoria?

The irony is that the local people in East Africa who guided English explorer John Hanning Speke to the lake referred to it as Lake Nyanza.

Nevertheless, Speke, the first European to set eyes on the lake, decided to rename it Victoria. He either didn't understand the language or he just didn't bother because he was on "her majesty's mission of conquest" — in this case, finding the source of the river Nile.

Speke even has a street named after him in Uganda but that could soon change as the East African nation is reportedly considering removing road names with links to the colonial era — these include streets honoring the explorer Sir Henry Johnston, commissioner Henry Edward Colvile, King's Africa Rifle, Princess Anne, Prince Charles and the current British monarch Queen Elizabeth II.

It is encouraging to see the UK at least having a debate about its imperialist and colonialist past in Africa. But it didn't come easy. For the UK to start reckoning with its past, it took the #BlackLivesMatter protests which started when George Floyd, a 46-year-old African American man died after a police officer choked him with his knee during an arrest for allegedly using a counterfeit $20 note (18.00 euro).

A college in Oxford has announced that it wants to take down the statue of Cecil Rhodes — the man who called what is now present day Zimbabwe (Southern Rhodesia) and Zambia (Northern Rhodesia) after his own name. Another statue of Edward Colston, who built a fortune from the transatlantic slave trade, was pulled down by protesters and thrown into a river. It has since been recovered and will be preserved in a museum. 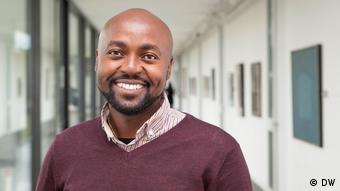 In Africa, statues of Queen Victoria, Cecil Rhodes, King Leopold of Belgium and several others have been taken down over the years. Some statues or monuments such as the Vasco da Gama pillar erected by the Portuguese in 1498 in Malindi, Kenya, to guide ships following the sea route to India, have become part of the town's history.

Since the pillar is now a tourist attraction, people have to pay to see it, it would probably make no sense to destroy it, even though Vasco da Gama's discovery sea route to India later enabled the Portuguese to establish a colonial empire in India.

Why Victoria Falls and not Mosi-Oa-Tunya Falls?

The Iguazu Falls found on the border of Argentina and Brazil got its name from the Tupi-Guarani indigenous languages which means "big waters".

In Africa, a similar magnificent waterfall found between the border of Zimbabwe and Zambia bears the name Victoria Falls. Why Victoria again? In my school history class in Kenya, I was taught that David Livingstone, the famed Scottish missionary and explorer, the first white man to view this majestic wonder of nature, named it after Queen Victoria.

What I didn't learn however, was that Zimbabweans have always had a name for the falls, it's called: "Mosi -Oa-Tunya" which means "the smoke that thunders".

Queen Victoria who reigned over the British empire passed away in 1901. Why should Kenyans, Ugandans, Tanzanians, Zimbabweans and Zambians use her name more than a century later as reference to major Africa landmarks which previously had their local African names?

Africa is still home to cities that still hold on to names given by colonial administrations. Take Nigeria's Port Harcourt for example — the city of more than 3 million people got its current name in 1913 from Frederick Lugard — Lugard just felt like honoring Lewis Vernon Harcourt who was then secretary of state for the colonies by naming a whole Nigerian city after this one man.

Bear in mind, prior to the British imperial government, the city was known as "Iguocha" in the Ikwerre language, the Igbo people called their port city "Ugwu Ocha", which means bright skyline.

Lagos, Nigeria's commercial city, was formerly known as Eko until the Portuguese arrived and changed it. Same can be said of Johannesburg in South Africa, Rabat in Morocco, Walvis Bay in Namibia, Winneba and Cape Coast in Ghana.

Even the west African nation of Sierra Leone owes its name to Portuguese explorer Pedro de Sintra — who called it "Serra Lyoa" which means Lion Mountains — as the story goes, de Sintra heard lions roaring in the hills surrounding the harbor. As creative and poetic as that might sound, (I must admit I too like the sound of Sierra Leone), the local people would have had their own name for their land. It is up to them to decide if they want it back or stick with Sierra Leone.

Changing colonial names back to the original African names is in no way an attempt to rewrite history, that's already been done by those who invaded Africa to enslave and colonize the continent.

Bringing back old African names is only a part of reclaiming what was taken away. And after that has happened, maybe then we can start talking about the artificial boundaries drawn up by western powers in the Berlin conference of 1884 where no African was present.

A group of professors at the University of Ghana have demanded the removal of a Mahatma Gandhi memorial from the campus. They accuse the Indian hero of being "racist" towards Africans. (20.09.2016)

Opinion: Germany's mandatory testing for travelers is only sensible 1m ago