Opinion: The Nazi pogroms: They just looked on

Eighty years after the Kristallnacht pogrom, every German can ask: How did my family react at the time? DW's Felix Steiner takes a personal look at how his family experienced the Night of Broken Glass. 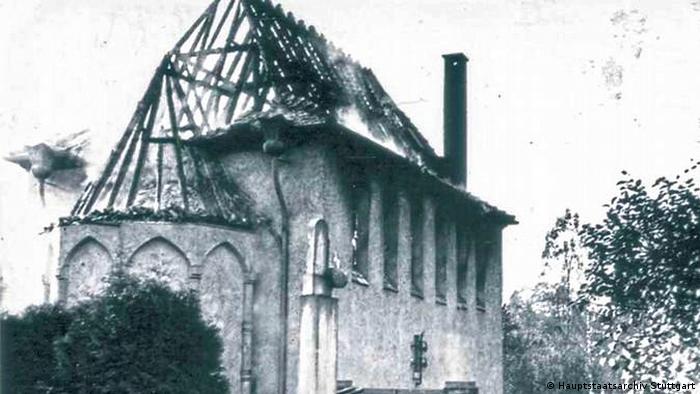 My father was a walking encyclopedia of local history. And he could tell a really exciting story. Everything I know about the region I grew up in and my origins comes from him.

Among other things, he told me several times about his experiences on November 10, 1938 — in the southwestern German town of Gernsbach where I grew up, the nationwide Kristallnacht pogrom didn't take place on the evening of November 9, but during the early afternoon of the next day.

At the time, my father was in first grade at school, and when lessons were over, the children were advised by their teacher to take detours on their way home to avoid the synagogue and houses where Jews lived, because it could be dangerous there.

Of course, my father and his friends, as typical 6 or 7-year-olds, treated this kindly meant piece of advice from their teacher as a direct invitation to find out what could be so dangerous in their provincial backwater in the middle of the day.

They came upon a burning synagogue that the fire brigade wasn't dealing with and encountered smashed shop windows and wrecked Jewish-owned shops. And they saw with their own eyes how the entire contents of an apartment belonging to a Jewish family were thrown onto the street from the second-floor windows. 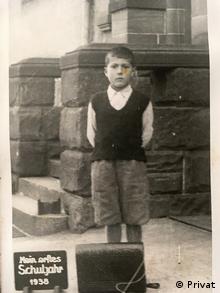 My father, Franz Steiner, on his first day of school in 1938

What were my grandparents thinking?

The things that went on back then in this little town with its barely 30 Jewish residents have now been thoroughly documented for all to read. But what I would like to ask my father once more is this: How did my grandparents react to the account given to them by their eldest son about what had happened in broad daylight in the town center?

Did they try to explain to him something that now seems inexplicable? Did they comment on the fact that barely 300 meters from our house, the door was kicked open on women and children   — the Jewish men had already been arrested in the early hours of November 10 and transported to the concentration camp in Dachau on a special train — and all the furnishings smashed to pieces? 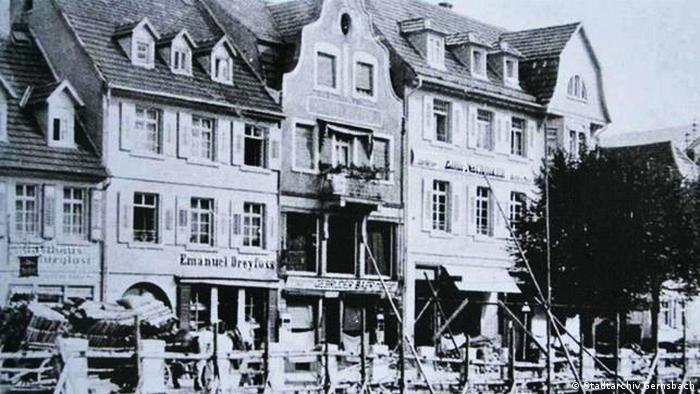 Jewish businesses in Gernsbach were damaged or destroyed

If I am completely honest with myself, I don't really want to find out. And I don't need to ask, because I basically know the answers. No — my grandparents weren't staunch Nazis; I know that for sure. But like millions of other Germans, they looked the other way and remained silent. Parents of four small children rarely make good material for heroes or martyrs.

And they had known that the concentration camp in Dachau existed and what happened there ever since the mayor and several Social Democrat councillors were arrested over the course of several weeks in 1933. Anyway, it was about the Jews — as Catholics, what did we have to do with them? Should we take risks because of them?

Read more: What the Nazis stole from Jewish synagogues during the 1938 pogrom

Jews began to be systematically excluded and deprived of their rights well before November 1938. Just a few weeks after Hitler took power, "Don't buy from Jews" was first smeared on the display windows of Jewish shop-owners; Jewish public servants were fired and doctors, lawyers and journalists banned from working. Then there were the Nuremberg Race Laws, expropriations and much more.

But November 9-10, 1938, was the transition to open terrorism in full view of the entire population.

And my family was among those to look on without saying anything. That is something that unsettles me and makes me ashamed — even 80 years on.

Germany is marking the 80th anniversary of attacks on Jews that foreshadowed the Holocaust. November 9 has been a fateful date for Germany in other regards as well. (09.11.2018)