A new law in Tanzania has placed strict controls on cooperation between local and international media outlets. The change enforces the government view that any differing opinion should be punished, says Mohammed Khelef. 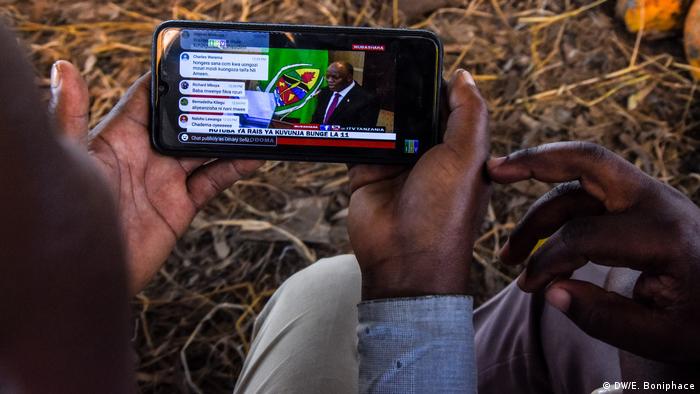 Under new regulations announced by the Tanzania Communications Regulatory Authority (TCRA), which came into force on August 10, local media must now seek government permission to broadcast foreign content — and they will bear the responsibility for any perceived "offense" contained in that content.

Read more: Tanzania regulates media in the runup to the elections

The warning that local media outlets would bear responsibility for any offense caused by content prepared, organized and produced by a foreign media partner is of particular concern — even more than these new regulations  themselves. Since taking office in 2015, the administration of President John Magufuli has expanded its definition of "offense" to include almost anything contrary to the president's personal views, everything from economic statistics to COVID-19, a disease Magufuli has already declared extinct in Tanzania thanks to prayer. 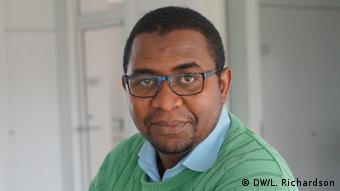 In a country where even a simple complaint about living conditions can be defined as sabotaging the president's efforts, the scope of the perceived offenses is broad, unlimited and endangers the very foundations of journalism.

The public sphere is shrinking and long with it the power of the media, with many Tanzanians now forced to rely on one-sided reports from local media.

People are facing court cases, and others have already been imprisoned, for so-called "cybercrime" — and their biggest mistake was expressing a view against the official government line on minor issues such as rising commodity prices.

Under the new regulations, affected rebroadcasters have already been asked by the TCRA to defend a decision to air a BBC Kiswahili program. In the show, prominent opposition leader Tundu Lissu spoke of being prevented from bidding farewell to the body of former President Benjamin Mkapa, who died in July.

DW programming, which has millions of listeners all over Tanzania, prioritizes human rights and civic participation. It may find itself committing such government-defined "offenses" by, for example, conducting an interview with an activist who looks at the issue of girls' education from a different perspective than one backed by Magufuli. If a partner radio station decides to air such an interview, it will automatically be subject to sanctions by the state authorities.

To avoid this penalty, DW its local partners will be forced to choose one of three options. The first will be to simply decide against any rebroadcasting of DW programs, depriving millions of Tanzanians of their right to access detailed and analytical information. A second option would be for partner stations to record and filter the programs, removing everything that could potentially be against the government's views before feeding the rest to Tanzanians.

Thirdly, DW could edit and censor its own content by not broadcasting anything that could be deemed offensive by the Tanzanian government. But this would no longer be journalism; it would no longer be the DW which Tanzanians have known, appreciated and praised for years.

While it's important for every media outlet to respect the rules set by the legitimate local and international authorities, it's even more important for policymakers not to violate fundamental principles in drafting their laws — the principles that protect constitutional and universal rights to freely publish and disseminate information.

US: Passengers killed after train derails in Missouri 8h ago