He was the country's third president after independence from Britain in 1962. Ruling the East African country for two terms from 1995 to 2005, he'll be remembered for working to end the conflict in the Great Lakes. 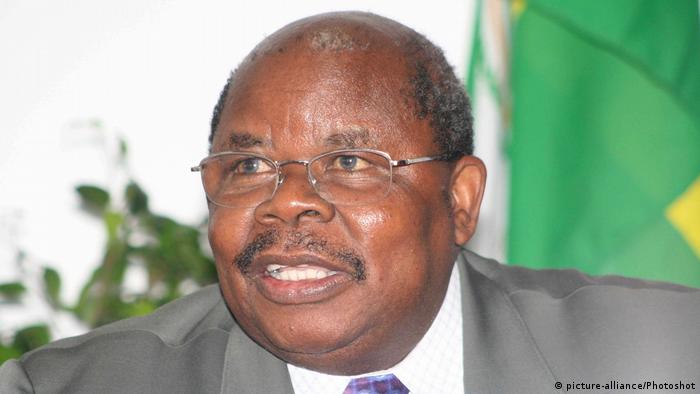 "I'm saddened by the death of the third president of Tanzania and this is a big loss for us as a country," President John Magufuli said in a short televised speech.

"I will remember him for his love of country ... hard work and effort in building the economy. The nation has lost a strong figure," he added in a tweet.

Mkapa is credited with ushering in multi-party democracy at home as well as working to end the conflict in East Africa, leading several peace initiatives as his country's third president between 1995 and 2005.

He continued to seek reconciliation in Burundi, Kenya, Democratic Republic of Congo in the Great Lakes region.

Magufuli declared a seven day mourning period in Tanzania, during which all flags will be flown at half-mast.

Read more: COVID-19 in Africa: The need to improve communication

The rebirth of a Zanzibarian island

From poor family to politician

Mkapa was born in 1938 to a poor family in south-eastern Mtwara.

He earned a degree in English in Uganda and later worked as a journalist before being appointed the press secretary to the country's first president after British colonial rule, Julius Nyerere.

He held several cabinet posts, such as foreign minister and information minister. He also served as ambassador to the US before he was elected president in the country's first multi-party elections.

His presidency was marked by economic reform, such as the privatization of state enterprises and the liberalization of the economy. He also spent significant sums on improving the country's travel infrastructure.

In his memoir published last year, Mkapa wrote that the deadly shooting of some 30 opposition supporters in post-election riots on the semi-autonomous island of Zanzibar in 2001 was one of the "black spots" of his stint in power.

Africa has "lost a giant," tweeted Kenya's veteran opposition leader Raila Odinga. Mkapa was "a pan-Africanist, a true believer in South-South Cooperation and a global statesman."

The government of Tanzania paid Saniniu Laizer nearly 2.9 million euros for the precious tanzanite gemstones, which will be kept in the country’s national museum.