Opinion: Scotland's road to independence is far from clear

Nicola Sturgeon's pro-independence SNP has secured a fourth term in power, raising questions about the UK's future. But the result does not necessarily mean there is support for secession, writes Elliot Douglas. 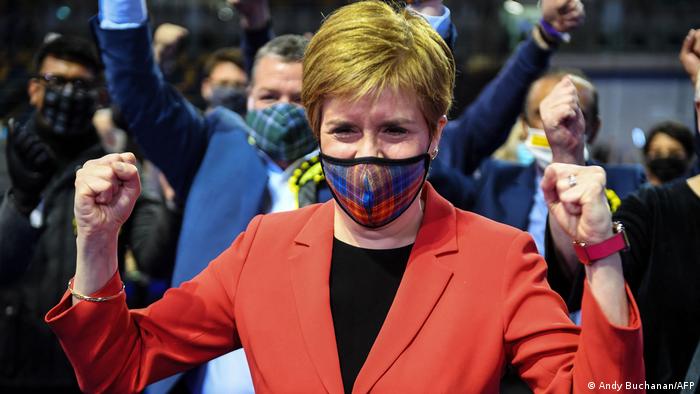 In the end, it happened much as predicted: On election day the Scottish National Party (SNP) trounced to victory in the devolved parliament in Edinburgh and maintained the grip on power they have enjoyed since 2007. They fell one seat short of an absolute majority, in a proportional system designed to avoid majorities, but with the anti-unionist Scottish Greens gaining nine seats the Scottish Parliament now has its largest pro-independence majority of representatives ever.

But the next steps for the pro-independence nationalists remain murky, and the result has not given First Minister Nicola Sturgeon the green light to claim she has a mandate to demand an independent Scotland.

Her party has promised they will push for a second referendum on independence as soon as is feasibly possible after the pandemic. The legitimacy of such a referendum remains a legal question mark, especially if it goes ahead without the approval of UK Prime Minister Boris Johnson — which he has roundly refused to give under any circumstances. 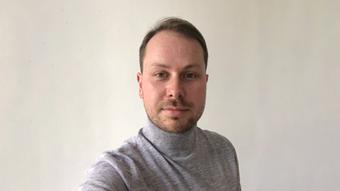 And despite the SNP's victory, there is no reason to believe that such a referendum would go their way. The latest polls show support for independence hovering at around 50% — hardly a comfortable majority.

Scotland, which has been a part of the United Kingdom for over 300 years and has much of its economic and foreign policy decided in London, gained a devolved parliament in 1997 — a compromise that many hoped would placate nationalist sentiment. But the SNP thrived in Edinburgh, first under long-time leader Alex Salmond and then under his former close ally Nicola Sturgeon, who has led the party and country since 2014.

2014 was also the year when the party held the first referendum on Scottish independence, losing out by 55% to 45%. For many opponents of independence, this is the key reason why any second referendum is unnecessary — the nationalists had their chance, and they blew it.

But the UK political landscape has seen some seismic changes in the last seven years. Since then, there have been three UK-wide general elections, where the SNP has performed better than ever before; the UK has left the European Union, a decision that a majority in Scotland opposed; and, of course, there has been the coronavirus pandemic, which many people — rightly or wrongly — feel is being handled better north of the border.

Through these turbulent years, the SNP — who were still relatively new kids on the block when it came to governance when the last referendum took place — have managed to find their niche as the only viable progressive, anti-Brexit and largely pragmatic party in Scotland.

Sturgeon has also enjoyed personal popularity levels which would make many other leaders in the UK and around the world green with envy. Boris Johnson, for example, was too aware of his lack of popularity in Scotland to even make an appearance there during the election campaign.

In recent months, Sturgeon has been tarnished by a messy scandal involving her handling of the sexual harassment allegations made against her predecessor and longtime ally Salmond. But managing the COVID-19 crisis has still allowed her to take on a more presidential role in Scotland, giving her a reputation across the political spectrum as a no-nonsense pragmatist who gets things done and sticks to her beliefs.

Her middle-class Glasgow background also puts her in stark opposition to the privately-educated men who mostly hold sway down south.

This was even demonstrated on election day when far-right activist and convicted criminal Jayda Fransen confronted her on camera in the streets of Glasgow in an attempted "Gotcha!" moment. Sturgeon, unflustered, called Fransen a "fascist" and a "racist" and walked on. It is hard to imagine another major UK party leader speaking so bluntly.

But the point remains — support for Sturgeon as an individual, especially given in-fighting and frequent changes in other Scottish political party leaderships — is not the same as support for independence.

For many Scottish voters in 2021, there was only ever one option: the SNP. The SNP's mistake will now be to think this translates directly to a majority of support for independence.

Drought in Europe: Rainfall will not affect low water levels in Germany's rivers 8h ago