A wheelchair-bound singer is Russia's Eurovision contestant in Kyiv. Ukraine should welcome her, writes Andreas Brenner. 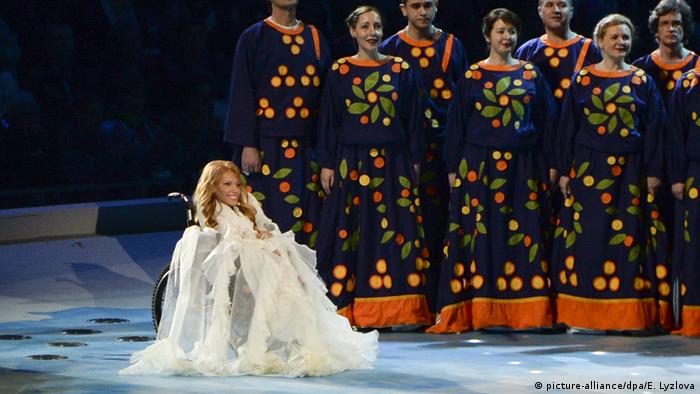 Russians have a long history as masters of that archetypal game of strategy, chess. And now they have again shown how strategically adept they are with their decision on who should represent them at the Eurovision Song Contest, taking place in May in Kyiv. At the 11th hour, it was reported that 27-year-old Yuliya Samoylova and her "Flame is Burning" would be Russia's entry for the 2017 competition. She is a pretty young woman with blonde hair and a bright smile. And she has been bound to a wheelchair since childhood.

It would be cynical and unacceptable to boo this singer, even though the boos would be meant not for her, but for her country: The Tolmachevy Sisters bore the brunt of boos in the 2014 contest in Copenhagen as a result of Russia's homophobic laws, and a more limited booing was directed at Polina Gagarina in 2015 as a consequence of Russia's aggressive moves against Ukraine. But Russia's 2016 contestant, Sergey Lazarev, was spared such a reaction in Stockholm, with his perfect 3D show that made him one of the favorites that year. And then the unexpected happened, a true sensation.

Ukraine's Jamala, a Crimean Tartar, won the hearts of most juries and audiences last year with her stirring song about her people's tragic fate. The song was about her people's deportation by the Soviet secret service, NKVD, in 1944, but drew obvious parallels to Russia's contemporary annexation of Crimea and support for separatists in eastern Ukraine. Jamala took home the Eurovision crown for her country. 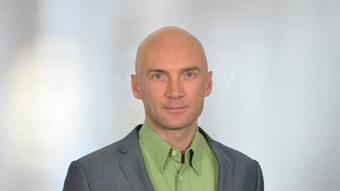 Many in Russia criticized the decision as a politicization of a music contest, much as the Ukrainian performer deserved her victory. Calls from Moscow to boycott Eurovision in Kyiv grew louder, reaching fever pitch last week on the assumption that a Russian song or singer would not be welcome in Ukraine's capital. Many expected Russia to bow out, until the surprise announcement late Sunday night that Samoylova, a 2013 X-Factor finalist, would be heading to Eurovision 2017. She had not been in the running, and transparent decision-making is not exactly a Russian specialty.

Samoylova is not Eurovision's first disabled participant. Poland's Monika Kuszynska took 23rd place in the final round two years ago in Vienna (better than Germany's Ann Sophie, who came in last). Georgia's Diana Gurtskaya, now living in Russia, sang in Belgrade in 2008, coming in 11th place in the final round. Her voice and song were better than Samoylova's, a fact that should not be overlooked when judging the Russian effort this year in Kyiv: Eurovision is first and foremost about the music.

If Samoylova even gets there. Ukrainian authorities are currently reviewing her application to come to the country. She was in Crimea in summer 2015, which could make her an indirect supporter of Russia's annexation and therefore put her in violation of Ukraine's entry requirements, authorities in Kyiv say. Denying entry to a Eurovision contestant would be a major scandal and previously unheard-of for Eurovision. It would further damage Ukraine's already shaky image in Europe, given the country's inconsistent reforms and its embarrassing preparation for the Eurovision contest itself.

The European Broadcasting Union (EBU), which produces Eurovision, cannot accept a travel ban against Samoylova. Kyiv would be well advised to permit her entry. Anything else would only serve those in Russia and elsewhere looking to act against Ukraine. Kyiv should let cooler heads prevail and let the show go on. That would be the wisest move in this particular game of chess.